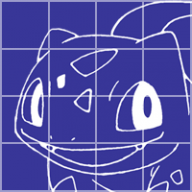 Bulbasaur, it bears the seed of a plant on its back from birth. The seed slowly develops. Researchers are unsure whether to classify Bulbasaur as a plant or animal. Bulbasaur are extremely calm and are difficult to capture in the wild. 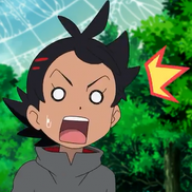 I liked Bulbasaur for its engaging personality. It really made it stand out.
T

Bulbasaur's great and considering the fact, with Pikachu's exemption since he's always with Ash, that it's the only Pokemon in Ash's original team who's under his care. 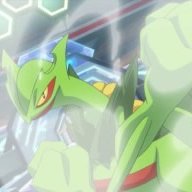 I do not have the memory to be able to analyze Bulba's personality through Kanto, but I do remember he did seem to already be a little more seasoned than the others. You can tell he's been through a lot at least, but being in Ash's team softened him up. I am glad that they noticed this. What do I consider Bulba you might ask? I could very well consider him to be an adult. Was he always one? That is harder for me to answer. He might have been, or his circumstances caused him to mature a lot faster. Regardless, I will still say he is the wisest of Ash's pokes.

EDIT: As for Vineshipping, it's just something adorable I like to think of. She's the only female Bulba he's been around, and she was at Oak's for a while. Be that as it may, it can clearly be seen that May's Bulba is younger than Ash's, and he is only a mentor to her. She has also since evolved to a Venusaur. I know they never had any onscreen affection, and they probably never became anything more otherwise. For me, it's just something I think because I'm a sucker for love stories, and if anyone deserves to have a mate, it's Bulba.
Last edited by a moderator: Jun 3, 2011 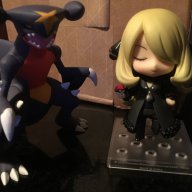 the only problem i had with this article is the misuse of the word "sole" for "soul" lol
other than that, a great read ^_^

I've always viewed Bulbasaur as the "older responsible sibling" of the Original Series, mainly because he came from a background of protecting Pokémon.
A

Ash's Bulbasaur was always the most serious member of Ash's team back in Kanto. In terms of overall power, Bulbasaur was not really any more powerful than Pikachu or Squirtle back in early Kanto. Bulbasaur really did not stand out to me in terms of overall battle prowess, since it appeared to me that it got outclassed easily by Ash's Charmander during the first half of Kanto, and Ash's (then) disobedient Charizard in late Kanto.

I felt that Bulbasaur's personality was its only true gimmick. Bulbasaur was a fairly serious pokemon, took a lot of responsibility for itself and the other pokemon, and tended to attack anybody that it perceived to be a threat. We have seen Bulbasaur act this way when it decided to take care of orphaned and hurt pokemon in a small forest village. Bulbasaur did not trust humans, which could stem from its past. All we knew of its past was that Bulbasaur was supposedly an "orphan" (back in the "Island of Giant Pokemon" episode, where the pokemon's dialogue was translated into subtitled format). Bulbasaur could have been indifferent to anything that stood in its way, but respected Ash for being persistent. (Then again, it seems that Ash's persistence is what gets all of these pokemon to travel with him in the first place).

Bulbasaur's attitude and surefire determination allowed the pokemon to fight an opponent with everything it had from the get-go. It will not hold back in battle due to a perceived threat or an emotional turmoil. The reticent, stubborn, and stern Bulbasaur served as a complete contrast for the easygoing, outrageous, and expressive Squirtle, who was more or less the pokemon's contemporary and equal throughout the entire saga.

I felt that Ash's Bulbasaur in particular was not extraordinarily powerful. Rather, its persistence was the key to the pokemon's victories in the past. Well, some could argue that Bulbasaur won so much back in Kanto. During early Kanto, Bulbasaur was treated as an equal in strength to Pikachu and Squirtle. It refused to battle Sabrina in fear of being turned into a doll, and its attacks were unable to damage the savage Primeape (and neither did Squirtle's). Bulbasaur's true victories in Kanto were in the Indigo League when it singlehandedly defeated Jeanette Fisher's Scyther and Beedrill, two pokemon that had complete type resistance against the former pokemon's Grass-type moves. Again, Bulbasaur's persistence allowed the pokemon to fight against ovewhelming odds, and on Ash's command, was able to use a move that sapped the strength of its enemies.

Bulbasaur's refusal to evolve back in Kanto is reflected from its stubborn attitude which seems to be the character's true highlight. True, its decision to remain as an unevolved pokemon during an evolution ceremony for members of its own species allowed the individual Bulbasaur to learn a powerful attack earlier than its peers, but that was what I saw of it. It was simply a game element incorporated in to the overall anime. Whether Bulbasaur evolved or not, it did not matter as far as I saw it. Bulbasaur would have still persisted against any opponent and fought until the bitter end, anyway.

I was rather indifferent towards Bulbasaur in early Kanto, and I felt that it was tacked on to Ash's team throughout the entire Johto arc. If Squirtle and Charizard were given away to go on their own separate paths, why then, did Ash keep his Bulbasaur on him? The pokemon made very little contributions towards anything, and the pokemon already had a replacement in Chikorita-Bayleef (who more or less knew almost the exact same moves). Perhaps the writers had wanted Ash to dump Bulbasaur to Professor Oak's place, but were unable to find another pokemon suitable enough to replace Bulbasaur during that Johto filler slump?

I mean, the only time I actually cared about Bulbasaur was when it interacted with Ash's Heracross, who kept sucking the sap from its bulb. Heracross could have easily replaced Bulbasaur as the sixth member; Bulbasaur's presence on Ash's Johto team during those 100+ episodes was completely unnecessary.

Even if Bulbasaur had stayed with Oak for a longer period of time, its presence in the Johto League Silver Conference still would have been justified. Bulbasaur and another trainer's Meganium clashed because of a pokemon feud, which was the reason why Bulbasaur was dropped from Ash's team in the first place. That was the only hint of improvement the pokemon had in Johto, and even that was stretching it.

Bulbasaur seemed to have everything set on its own, which was a disappointment. Ash really did not spend much time interacting with the pokemon, nor did the pokemon truly learn any new moves (other than Solarbeam, which again, it learned on its own). At least with Squirtle, Ash had previously interacted with the pokemon on a timely basis, and we saw how it improved in battle when it learned Skull Bash and Hydro Pump in two important gym battles. Bulbasaur hardly had that level of growth, and the writers just felt a need to have a serious and experienced member on Ash's team to level the playing field.

Bulbasaur really did not stand out much in Kanto (except for the very few episodes in which it starred in), and was really out of place in Johto. Bulbasaur had that one filler episode in Johto where a dojo master told Ash that the pokemon had "the heart of a fighting-type pokemon." I was rather indifferent to that criticism as well, since it seemed that it was only Bulbasaur's persistence when it battles that truly marked its character.Bulbasaur's serious and reserved nature was, for better or worse, replicated on to Ash's other pokemon in future story arcs such as Treecko-Grovyle-Sceptile and Buizel.
Last edited: Jun 5, 2011
T

Good read; thanks for writing that!

I agree (and I think most do) that Bulbasaur had a "big brother" type of role on the show. I think it acted like the oldest of Ash's Pokémon with the way it kept its composure most the time. I also enjoyed its friendship with Squirtle and wish their relationship was shown even more than it was.

However, I disliked the fact it stayed through half of Johto. It didn't really do much, and it was shafted due to Chikorita/Bayleef's presence also on Ash's team. Other than that, though, I thought the writers treated it alright.
K

I always thought of Bulbasaur as very honorable and valiant, especially when it comes to protecting its friends. This article just made me love Bulba even more.

On the Origin of Species: Bulbasaur, Ivysaur, and Venusaur

T
Ash's Bulbasaur and Muk at Professor Oak's Laboratory to reappear in the 2019 new anime series?

On the Origin of Species: Remoraid & Octillery