Buck is incredibly annoying and Looker does not look, sound or act like the character from the Kanto and Johto episodes. 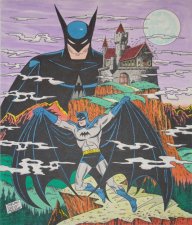 So why exactly did they decide to not show us Lucas in any of these?

Buck was Kanto Gary reincarnate. Pathetically bad episode, confirming that Heatran is an even stupider legendary design that Kyogre.

And thus debate will reign forever on why Heatran just dissolved.
T

They need to stop making Looker act serious...its like they took the one thing people liked about Looker and went the opposite direction.


Silktree said:
Buck is incredibly annoying and Looker does not look, sound or act like the character from the Kanto and Johto episodes.
Click to expand...

I knew i wasn't crazy when I saw Looker and was like, "was that even the same Looker? That cannot be."

Did Buck overuse the word "dude" in the English version of the Gen IV games?

This one fell flat on its face

Perfunctory game scene rewrite sans Lucas/Dawn + Buck the lame-o + out-of-character Looker (who can use the Vulcan Nerve Pinch?) + meh Legendary = not a good idea for an episode

Also why was the Magma Stone not orange?

Also why did Heatran dissolve???

The one upside was seeing Croagunk (RIP) actually managing to repulse Heatran fairly handily with what looked like Mud Slap.


Dogasu said:
Did Buck overuse the word "dude" in the English version of the Gen IV games?
Click to expand...

Ctrl+f "dude" on his page turns up two results:

Yeah, I've been fine with most of the Generations episodes so far, but this one was awkward and lackluster. Sinnoh has so many Mythical Pokemon whose backstories are barely explored by the games themselves, but somehow this discount bad guy team b-plot got chosen instead...? Really now. 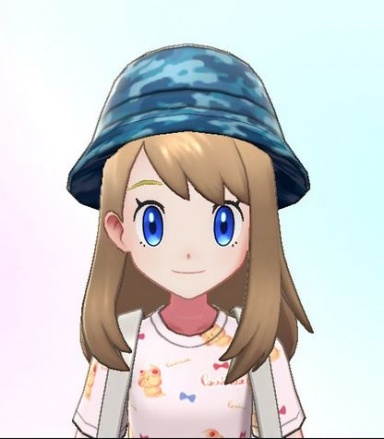 It's been so long since I poked around in my Sinnoh games that I couldn't even remember where Buck cropped up in them. I actually went to his Bulbapedia page to read about what happened to jog my memory, lol.

I had forgotten how brash & abrasive Buck came across. I see they still have kept this personality aspect of him.

Other than that..... this was a really weird episode for me. This Looker doesn't look, or sound, quite the same as the Looker from the earlier episodes, wth??
Ah well, at least he's got his Croagunk with him. Also, nice karate chop to the neck there, on Charon.

As for Charon....I never got the Platinum version of the Sinnoh games, so I have no recollection of how things went with him taking over Team Galactic.

So the magma stone isn't orange like in the game, and when Buck puts the stone back on the pedestal, instead of challenging Heatran to battle, Heatran just....dissolves into thin air? Okay, then..... I mean, seriously, wth??