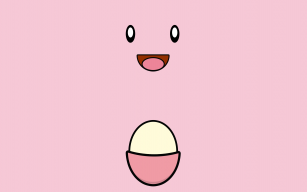 I'm confused. Where did we find out the total amount of Pokemon? I thought we only knew it was to be "over 400"?

Oh shoot, I just realized that we now actually have a (usable) early-game Ice type for once, with Smoochum on Melemele.


ChanseylorOfTheExeggutor said:
I'm confused. Where did we find out the total amount of Pokemon? I thought we only knew it was to be "over 400"?
Click to expand...

We know because of this image:

Another promo picture for the new Rotom Dex toy also listed Necrozma as #400:

There are just enough spaces between Lunala and Necrozma to accommodate the existing UBs + Burst and Assembly (with Adhesive probably appearing much earlier in the Pokédex, since the Recon Squad battle us with it at Paniola Ranch), so we can infer that the new Alola Dex caps off like this:

The only thing that I can think would come after Marshadow is a new Mythical Pokémon, so 402/403 is almost certainly where the new Alola Dex stops.

However, we know that more Pokémon than that are included in the game - we have the wormhole Legendaries, and the Pokémon from Island Scan. So strictly speaking, "more than 400 Pokémon" do appear in the game.

Thank you so much for clearing that up

As every Pokemon is playable in the game (through trading from other games) I wonder why they can't make it so that every Pokemon is available to catch in the game? Whether it's for some logistical reason, or not of a commercial reason, such as having to purchase a selection of games to complete a full national dex

This team planner has been fully updated for USUM, includes the whole regional dex (and island by island) as well as Island Scan. View at your own risk if you're wanting to avoid knowing any of the newly available Pokemon and stuff.