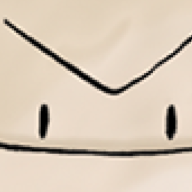 Amie read through the map she brought over and over, waiting for everyone to get ready.
T

"Violet? That's a really cute name," Zach commented as he looked at Violet and noticed how pretty she was. "A cute name for a cute girl!" He blushed as he stood closer to Violet.

After a moment, he glanced in the direction of the bathroom door and noticed that Amie didn't get up to check on Adri, so he turned back to Violet.

"Hey, Violet. Can you go to the bathroom and check in on my girlfriend Adri? She went in there super desperate to pee and didn't come out yet. I asked that other girl to check in on her, but she hasn't gotten up yet. Think you can do it for me?" Zach asked.

After a moment, he continued, "I'm gonna wait outside for the rest of you. I think we should really get moving soon." He then turned towards the exit and left the building.

Outside, he stood by a nearby pole and waited. He contemplated going back in to use the men's room himself, but decided to hold it in and wait for the others. 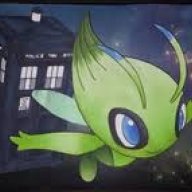 Aimless Traveler in Space and Time

Violet felt her face flush at Zach’s compliment, nobody’s ever really said anything like that to her, and she would be lying if she said she was expecting that. Her first instinct was to try and downplay the compliment, but she didn’t want to risk accidentally insulting him. Looking down at her feet, she quickly stammered out the first thing that came to mind, “T-thanks! Um… Y-you too!”

Zach then asked if she could go check on his girlfriend, not seeing any trouble in doing so, Violet mumbled, “Okay, no problem.” Standing up, she quickly looked at her Squirtle and called out, “I’ll be right back!”

Walking to the bathroom, Violet’s mind wandered to what Zach said about how they should get moving soon, and she thought she overheard the other girl mention traveling together. To be honest, she hadn’t really thought about it until now. Many thoughts started racing through her head, she was a little apprehensive about traveling with people she just met, and what if they all made it to the Sinnoh League Conference? Wouldn’t it be awkward if they had to battle each other when they all had the same goal?

She quickly dismissed the thought, reminding herself that while being the Champion would be nice, her real goal was to get strong enough to face both her past and her insecurities. With a goal like that, maybe it would be good for her to ignore her instincts to run off and be alone. Violet smiled to herself, mentally adding, “Maybe I could even make some friends.” With that thought in mind, she decided that it wouldn’t hurt to travel with the other Trainers.

Realizing that she had already arrived at the bathroom, Violet meekly knocked at the door. “Um, is anybody in there?”

EVERYONE: 風雨 (Wind and Rain) (Oneshot)