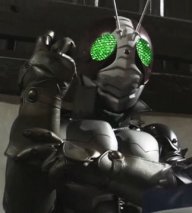 It's about time. The game came out almost 4 years ago. 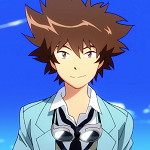 Stupid iTunes. So when is Amazon going to be given these Pokémon Super Music collections so that they can sell them.
F

X does Y WITH AUTHORITY!

It would be nice if the soundtracks were released on iTunes along with other digital music download official outlets, but this is still better than nothing.

Along with the HG/SS orchestrations, it's nice that it includes the GB Sounds rearrangements (demakes? dearrangements?) to resemble the original Pokemon Gold/Silver/Crystal Version tracks, although I'm hoping that an actual album release for the aforementioned original GSC tracks occurs down the line, since I've read that the GB Sounds instrumentation doesn't quite sound like the Game Boy soundfont...

Nice way to start off 2014, Game Freak/TPCi! ^^ This was rather unexpected as well; I thought we would have to wait a few months in 2014 for the next English release of the main series game soundtracks, but already we're up to the Johto-based tracks! The HG/SS rendition of the Johto Champion battle theme (Lance's/Red's battle theme) is the only piece from the game aside from the title theme that I've heard in full, and that theme alone could warrant the "must-get" status of the soundtrack for me; it's just too awesome for words. XD
The major theme I'm bummed about is that apparently the "GB Sounds" portion of the soundtrack is seemingly incomplete (judging from this article, "Discs 1 and 2" have approximately 171 tracks across them, so I'd expect the whole album to have closer to 342 tracks if it had all the GB Sounds arrangements, but it's actually closer to 270 tracks, so I'm presuming that some of the GB Sounds didn't make the cut, apparently... T_T), so hopefully the unreleased GB Sounds songs get official releases...someday.

I'm not sure on what to say about the English iTunes artwork for the album..the gold/silver/black coloration looks really cool, despite the cover's re-usage of Sugimori artwork for Lugia and Ho-Oh, as well as the same background effect that was used on the XY and FR/LG albums..

And a small tidbit - even though November 2013's English XY album apparently featured this, I just noticed that most of the "Glance! (insert Trainer class here)" songs are using "Trainers' Eyes Meet (insert Trainer class here)" for the official English translations. Though I initially preferred "Glance!", I'm warming up positively to "Trainers' Eyes Meet", especially/probably because it reminds me of the "Trainer's Eyes" PokeNav feature from Pokemon Ruby/Sapphire (although in the PokeNav, "Trainer's Eyes" seemed more like perspective rather than the actual occurrence of 2 Trainers' eyes meeting...at least both instances are somewhat related to Pokemon battling/rematches, which is nice ).

I'm puzzled about why the HG/SS Battle Tower themes (HG/SS DS soundfont and GB Sounds soundfont), which I'm guessing is the overworld theme inside of the Battle Tower, were labeled as "Battle Tower (Johto)"... To my knowledge, there isn't a Kanto "Battle Tower theme" to confuse them with, and the non-GB Sounds theme is technically Sinnoh's (or at least the outskirts of Sinnoh?), since HG/SS supposedly re-uses the Battle Frontier from the Sinnoh-based game Pokemon Platinum Version (unless the non-GB Sounds version uses the Platinum melody in conjunction with the HG/SS soundfont?).
It just struck me as odd.. Maybe it's to help distinguish it from the Battle Tower themes of Ruby/Sapphire and Emerald? (and potentially Diamond/Pearl; not sure whether the DP Battle Tower theme differs from the Platinum one) Although I don't know why they would start now, considering that lots of other themes need to be differentiated and that they didn't label the GB Sounds versions on this soundtrack... XD

In any case, I'm very glad that the HG/SS album finally got its English release... And now, I wait for the triumphant Ruby/Sapphire album's English iTunes release (which will totally blow all the other albums out of the water like an enraged Kyogre, with no trace of the event! :t382: Though I'll have to wait awhile for Emerald's tracks T_T) My guess is a February 11th, 2014 release date (since the FR/LG and HG/SS albums were both released on the Tuesday of the 2nd full week in the month, and the months have been consecutive so far), but even I can't say for sure; TPCi does its own thing. I would be quite surprised if they waited until February 14th, 2014, in which that would be the best Valentine's Day present I've ever gotten. XD

EDIT:
I found this hilarious:


ToastyJustice of Twitter said:
I love how a 4 second clip is still worth 99 cents! (Obtained an Accessory) 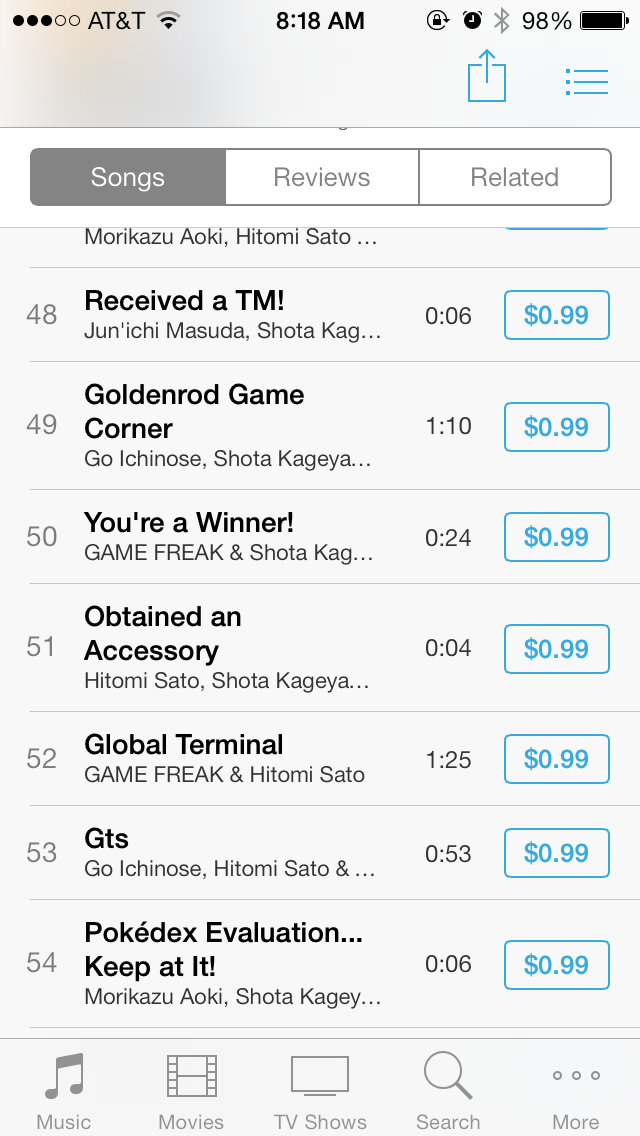 Also, the Johto Champion Battle Theme (non-GB Sounds version) managed to climb to #3 in one day (as of this writing) on Game Freak's "Top Songs on iTunes" English list, surpassing a boatload of XY songs; yes!
Last edited: Jan 15, 2014

why are they releasing music for games that came out years ago? and why start with the remakes? why not start with red and blue then work your way up
S

Is anyone else having trouble buying this? It'll let me buy individual songs, but for some reason, 270 songs all at once seems to make it choke.

Here's a translation I did of the interview that was printed in the booklet that came with the soundtrack's Japanese release. </shameless plug>


Kageyama said:
Kageyama: "Even though we basically included the GB Player for nostalgia purposes, we also included Game Boy arrangements of the newer stuff. Things like HeartGold and SoulSilver's Pokethlon and the Kanto music that wasn't in the original Gold and Silver all got Game Boy-style compositions. Please go around one more time so you can hear all the Game Boy version songs!"

"We didn't just transfer the original versions over, either; we re-composed the songs from scratch. I think we faithfully recreated the sounds of the original songs, so please enjoy them!"
Click to expand...

Fairy Type Arceus said:
why are they releasing music for games that came out years ago? and why start with the remakes? why not start with red and blue then work your way up
Click to expand...

The Red / Green soundtracks were included in those initial reports that stated that more soundtracks were coming so they might not have the rights to release them for whatever reason. Or maybe they didn't think it was worth the hassle - that first soundtrack only has 45 music tracks.

And a Gold / Silver soundtrack isn't being released because it never existed in Japan. The GB Player tracks in this release are as close as we're going to get.


Sqoon said:
Is anyone else having trouble buying this? It'll let me buy individual songs, but for some reason, 270 songs all at once seems to make it choke.
Click to expand...

For some reason I can't get the whole album ... keeps babbling on about my connection for some bloody stupid reason 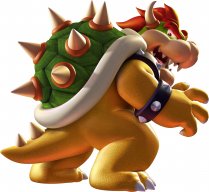 Wake me up when they release the Hoenn soundtrack.


Johnny Boy said:
Wake me up when they release the Hoenn soundtrack.
Click to expand...

We'll get them later this year, you know.