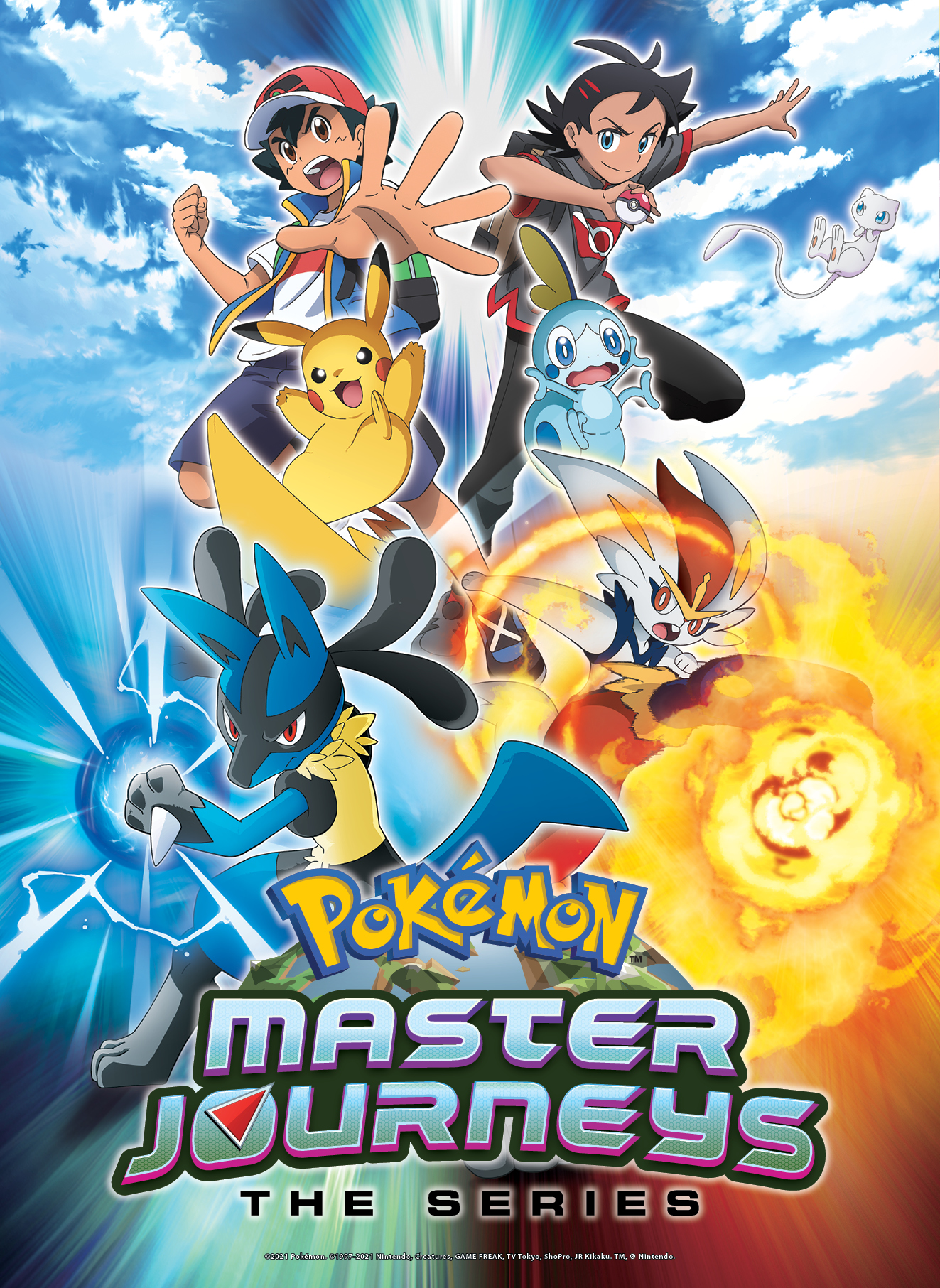 The Pokémon Company International has announced that Pokémon Master Journeys: The Series will be the title of the 24th season of the Pokémon the Series animated series. The latest season of the long-running anime continues the adventures of Ash and Goh as they travel all over the world to research Pokémon for Cerise Laboratory. It will premiere in select markets over the northern hemisphere summer, with more premieres coming to additional markets through the end of 2021.

Newest Season of Animated Series Announced During Pokémon’s 25th Anniversary Year​
BELLEVUE, Wash. — May 6, 2021 — Today, The Pokémon Company International announced the latest season of the iconic Pokémon animated series will premiere in select markets as early as summer—with more premieres coming to additional markets through the end of 2021. The 24th season of the globally popular animation featuring the newest adventures of Ash Ketchum and his Pikachu will be titled “Pokémon Master Journeys: The Series.” First-look screenshots and the official season synopsis were also revealed, providing fans of the franchise with another exciting way to celebrate 25 years of Pokémon during this special anniversary year.

“Pokémon Master Journeys: The Series” Synopsis:
It’s a big, big world, but you know where to find Ash and Goh—battling and catching Pokémon from Kanto to Galar! With Pikachu, Cinderace, and their other Pokémon beside them, our heroes continue to travel all over the world to research Pokémon for Cerise Laboratory. Along the way, Ash climbs higher in the World Coronation Series rankings, and Goh adds more Pokémon to his Pokédex in his quest to catch Mew. Meanwhile, Chloe takes her first steps as a Pokémon Trainer when she meets a mysterious Eevee. New friends, returning rivals, and exciting adventures await—as the journey continues!

Fans around the world can subscribe to the official Pokémon YouTube channel in anticipation for the upcoming global trailer reveal and stay tuned to their local broadcasters for series launch information in the coming weeks and months.

About Pokémon:
The Pokémon Company International, a subsidiary of The Pokémon Company in Japan, manages the property outside of Asia and is responsible for brand management, licensing and marketing, the Pokémon Trading Card Game, the animated TV series, home entertainment, and the official Pokémon website. Pokémon was launched in Japan in 1996 and today is one of the most popular children’s entertainment properties in the world. For more information, visit www.pokemon.com.
Click to expand...

Pokémon Ultimate Journeys: The Series to air in the United Kingdom on POP from September 1st

Ash's Pokémon from Journeys: The Series to be distributed for Pokémon Sword and Pokémon Shield

First 12 episodes of Pokémon Master Journeys: The Series to be available on Netflix in the US from September 10th