A new Pokémon game for the Nintendo DS has been announced by Dengeki Online. It is set to be released in 2012, and not much is known about it except the fact that it is a crossover with Nobunaga's Ambition.

I've said it once, and I'll say it again.... please be released outside of Japan.

From what I've read on Wikipedia, Nobunaga's Ambition is kind of like one of those simulation games where you take over countries 'n whatnot. Does that mean that your Eevee will rule the world with an iron fist?
G

"Zekrom and Nobunaga statue with two children"... lol, those are the protagonist.
G

Using Pokemon to rule Japan with the palm of your hand.... sounds fun.

Hmmmm........ Well we were looking for a curveball (not expecting much), and (I think) we got the curve ball that ended the world series!

Looks like a great game. PLEASE come to the States!

I started laughing when I first found out about this game, because I thought it was a joke.

But after thinking about it more, I like the concept. And it's interesting to see Pokemon (or anything Nintendo really) in a crossover title.

Definitely looking forward to this!!

Okay wow, I was not expecting this whatsoever.

I'm... pretty doubtful that this will be localized then. I mean, this doesn't seem like the sort of thing that would do well in the west, especially since it is a crossover with a series that most have never even heard of before. I certainly haven't. 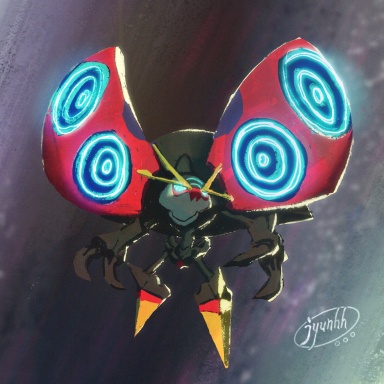 Well, this is certainly intresting. I just hope it comes out of Japan (Very unlikely. But one can dream).


Ghetsis-Dennis said:
Using Pokemon to rule Japan with the palm of your hand.... sounds fun.
Click to expand...

I've always figured that they would get around to doing something like that.

This had better come to the states and everywhere else. This would also give the franchise of Ambition more exposure.
G

Now this was totally unexpected....

That being said, hopefully this gets a US release.
T

Taking over a country? Closest thing you guys who want a Team Rocket game will get.

I always knew Pokemon would take over Japan (Oh, I'm sorry, it's apparently the Ranse region.)

I never though that we could do it in an actual game.
R

Has the trailer been posted here yet? 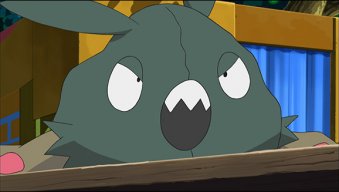 This was totally unexpected. Whether or not it gets released here isn't too much of an issue for me as it's DS and not 3DS, correct? Meaning I can import it if I feel the want to play it. Though I might wait for a surprise to see if they'll give it a chance here first.

Wasn't it said somewhere that Pokemon would have a booth a Festa? This may be why. We should be getting news from there within a few hours.
T


GreatLiver said:
Wasn't it said somewhere that Pokemon would have a booth a Festa? This may be why. We should be getting news from there within a few hours.
Click to expand...

When I first saw the news from Crunchyroll, the images were taken from their booth.

Though I guess it is confusing since they didn't mention that in the article and instead linked it to Coro coro speculation.
B


GreatLiver said:
Wasn't it said somewhere that Pokemon would have a booth a Festa? This may be why. We should be getting news from there within a few hours.
Click to expand...

What this article was based on was what news was revealed at Jump Festa, so that news is already here.
C

This is for the regular DS? Man, Nintendo really doesn't care about getting a good Pokemon game on the 3DS anytime soon, does it?