Pokemon of the Month April 2019: Shaymin 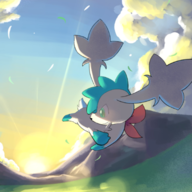 Pokemon of the Month: April 2019 - Shaymin!
​
Hi, everyone! We're going to start bringing this series back, except it's going to be a bit different. Instead of running this every week, we're going to have monthly discussions on various types of Pokemon! It should be interesting. So what would be the pick for this month, you may ask? Well, since we're going to concentrate on mythicals for the rest of this year, why not start with Shaymin? 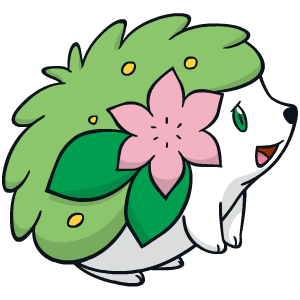 It's known as the Gratitude Pokemon!

Seed Flare is its signature move.

Can transform into Sky Form Shaymin via the Gracidea Flower.

Sky Form reverts back into Land Form whenever Frozen, during nighttime or when withdrawn from the PC.

Its anime debut is in Movie 11, with both forms being featured. Shaymin thought Giratina was going to eat it, when all the latter was trying to do was to leave the Distortion World after Dialga trapped it, and Shaymin's Seed Flare was the key to accomplish that. It's also kind of a jerk in Land Form, but this is revealed to be a facade.

Its Sky Form has been banned from OU since its debut, due to its high Speed and the strong combination of Serene Grace with moves with secondary effects, which grants it a 60% rate of Flinching with Air Slash or the 80% chance of dropping harshly the target's Special Defense with Seed Flare.

In formats that allow the Sky Form, it's recommended to focus the EVs on Speed and Special Attack, in order to maximize damage output and chances of inflicting secondary effects on the targets.

Recommended moves for Sky Form Shaymin are Air Slash, Seed Flare and Earth Power. Other useful moves are Healing Wish and Celebrate with Normalium Z to boost all stats at once.

Land Form Shaymin has a niche in lower tiers thanks to its well-rounded stats, which allow it to either be a strong wallbreaker or a respectable tank.

It can be a good status absorber thanks to Natural Cure, which allows it to heal from status upon switching out.

Recommended moves for Shaymin are Seed Flare, Earth Power and Synthesis. Hidden Power Ice and Psychic are useful to take care of Flying-types and some Poison-types, respectively. Rest + switch and Substitute + Leech Seed are also interesting combinations. Niche options include Tailwind to support its teammates, Dazzling Gleam for wide coverage or Energy Ball to trade power for more PP and accuracy.

Recommended items for Shaymin are Life Orb, Choice Scarf and Leftovers (mainly for Substitute + Leech Seed sets). Normalium Z with Celebrate is also another possible set. Niche options include Grassium Z with Seed Flare for massive damage or Grassium Z with Grass Whistle to put the target to sleep and boost Speed. 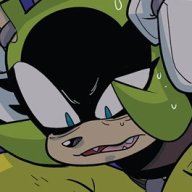 Shaymin's probably my favorite cute event legendary. I really like both of its designs. Also, it was the first legendary/mythical Grass-type, which should have happened a lot sooner 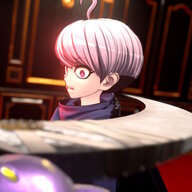 No longer active on Bulba - Contact me on Discord!

Do you like or dislike this Pokémon? Why?
I like Shaymin, it's got a cool design.
It's a cool Grass type, even if it's flying form is hard to maintain (losing it at night, smh)

How is this Pokémon in-game?
I really liked the event for it in Gen IV, even if that road was super long.

How is this Pokémon in competitive play? Are there any interesting strategies you like to use for them?
I don't play competitively so I couldn't say, the ones listed sound interesting though and would certainly annoy me.

Do you like this Pokémon's representation in the anime? Are there any moments or qualities in particular you enjoy/dislike?
I couldn't stand it in that movie, you can just be really rude and then act like you did nothing wrong.

How do you think this Pokémon would interact with our world?
It'd probably help spread pollen and flowers similar to bees. Keeping plants alive and caring for them

If given the power to, would you change anything about this Pokémon and if so, what would you change?
Change it's attitude in that movie. Get rid of it's flying form restrictions, it loses it if you put it in a PC box or it's nighttime

What form do you prefer, Land or Sky?
I don't really prefer one over the other, Land looks like a small bush or something and Sky looks like a dog with wings

How does Shaymin compare with the other Mythicals, namely Celebi?
I couldn't say battle wise, as Mythics are hard enough to come by. Design wise, they're pretty different and have different abilities (Time Travel VS Weird flying dog)
Last edited: Apr 3, 2019

Shaymin was one of those Pokémon that when I first saw it I thought it was meh, didn't care too much for it at the time. Though years later I did start to like it, and now I find both land and sky forms to be cute (especially the sky form, looks like a cute doggo). I'd say right now it's my fourth favorite mythical after Diancie, Mew, and Zeraora.

I am beyond thrilled to see this come back. Actually, I'm very grateful.


-Do you like or dislike this Pokémon? Why?
My thoughts towards Shaymin are kinda average. It just isn't the sort of event Pokémon I see myself going out of my way to get, unlike Diancie or Marshadow.

-How is this Pokémon in-game?
I liked the DPPt event with Oak's Letter, it's perhaps my favourite event sequence.

-How is this Pokémon in competitive play? Are there any interesting strategies you like to use for them?
I like using Nature Power with Sky Shaymin. On the default online battle terrain, it results in Tri Attack and its 6.67% chances to burn, paralyze, or freeze; all doubled to 13.34% each by Serene Grace. Having an offensive move that doesn't trip Sucker Punch is neat too.

-Do you like this Pokémon's representation in the anime? Are there any moments or qualities in particular you enjoy/dislike?
The movie Shaymin didn't start off too well, but I think Dawn actually did have a point halfway through, Ash was hardly behaving any better in response. You'd think he was talking to Paul instead of a lost Pokémon with the tone he kept using. I was relieved when they parted on good terms, let me tell you...
As for the one accompanying Mallow, it's still early days.

-How do you think this Pokémon would interact with our world?
They and the Gracidea flowers would definitely be popular with florists. I mean, look at Floaroma Town. What was once a barren landscape suddenly became an abundant field of flowers when someone expressed gratitude.

-If given the power to, would you change anything about this Pokémon and if so, what would you change?
Don't become Land Form when being taken to or from a PC box. I'm fine with Sky Form going back to Land Form during night or when frozen, but why would it revert here? It makes no real sense in-universe.

-What form do you prefer, Land or Sky?
Sky, because it's just infinitely better here and more unique than the 100x6 pixie mythicals.

-How does Shaymin compare with the other Mythicals, namely Celebi?
It depends on the Shaymin form, really. I'd pick Celebi over Land Shaymin, but vice versa if we're talking Sky Shaymin.
Last edited: Apr 3, 2019 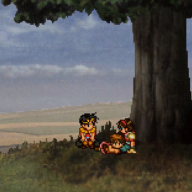 I like it, it's super cute!
I don't have one in the actual games
I've used one on Showdown with the name of Hedgehog. I use Seed Flare, Synthesis, Earth Power and usually a hidden power of my choosing. Natural cure is nice too since it can't be affected by status as easily
I like Land form, but both are nice. I've never really used Sky form since it's been in Ubers forever
Jirachi is my favorite Mythical, but I'd easily call it my second favorite. I like Shaymin more than Celebi personally. 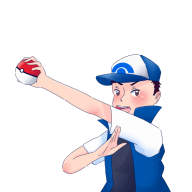 Do you like or dislike this Pokémon? Why?
I do like both of their formes since I find them cute and because they were among the last Mythicals that was not just a gift that someone randomly decided to send you. I also like how the Sky Forme was accidentally leaked via event merchandise. Sure, you couldn't see it well, but I like those kinds of accidents.

How is this Pokémon in-game?
I have not used one, yet.

Do you like this Pokémon's representation in the anime? Are there any moments or qualities in particular you enjoy/dislike?
I have not watched the anime in a long time, mostly because I know how each season ends and begins, by hitting the reset button.

How do you think this Pokémon would interact with our world?
I think it would be perfect to fight desertification in my opinion.

If given the power to, would you change anything about this Pokémon and if so, what would you change?
How it changes form at night. I don't want to have a time limit for when I get to do my only-one-Pokémon challenge with Sky Shaymin.

What form do you prefer, Land or Sky?
Although I like dogs more than hedgehogs, I like Land Forme more than Sky Forme.

How does Shaymin compare with the other Mythicals, namely Celebi?
Well, it is one of the cutest Mythicals out there, and unlike other Mythicals coughZeraoracough it actually has lore and forme change, making it special. I consider this important since I live now in a rural zone, and I won't drive to Not-Target to get a code for a Pokémon that is not interesting. 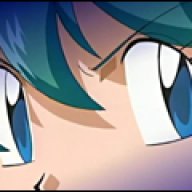 I somewhat like Shaymin. Although its Land Forme looks pretty bland, the Sky one is sleek and I love its facial expression. I also like its backstory and the actual in-game event related to it (shame they just give you the Mythical in question nowadays).
Sadly, I've never had a chance to use one in-game since it is an event Pokemon, although it looks you can get one in Diamond/Pearl via a glitch known as tweaking. 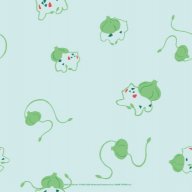 Do you like or dislike this Pokémon? Why?
I like it because it was one of the few Pokemon that is based on angels and its moves and designs.

How do you think this Pokémon would interact with our world?
Shaymin will be a vessel for Archeus as a guardian angel.

If given the power to, would you change anything about this Pokémon and if so, what would you change?
I would change Shaymin would have it's new forms based on types and other animals in the future episodes or games while its Land form be reclassified as a Grass/Normal.

What form do you prefer, Land or Sky? Not sure.

I need to reply to my own thread!!

So, it should come to no one's surprise that Shaymin has been my absolute favourite for a couple of years, but it actually took some time to get there! Previously it was Bulbasaur, but I think after seeing Movie 11 and having a Shaymin of my own (and using it a few times on Pokemon Showdown) that it really grew on me. ❤

Btw, although I like both forms, I still prefer Sky Form over Land form. 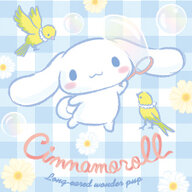 Shaymin's cute! I like it! I don't like its depiction in the Giratina movie, though. That one was a brat. Thankfully, its portrayals in other adaptations are much better (Mystery Dungeon, the TV anime, etc.).

Your least favorite Shiny of your favorite Pokemon?

Pokemon clones and what you expect of them