POTW Pokémon of the Week #28: Espeon 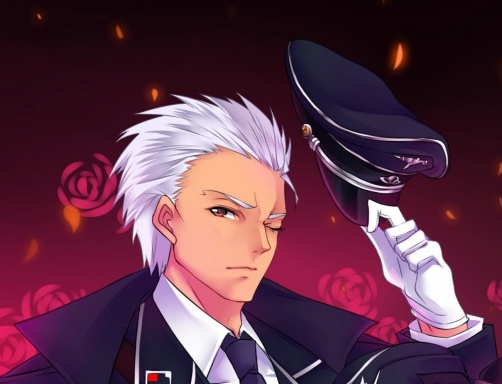 Hey everyone! I'm Slife, moderator of Pokémon Video Games and Current Event: Pokémon Sun and Moon, and this week I want to share with you all my favorite Pokémon!

In the World of Pokémon, there lives a vast number and variety of amazing creatures to befriend and collect. Every week, we will be focusing on a single one of these Pokémon or evolutionary line and talking about what makes it special. This week's Pokémon of choice is Espeon!

Introduced in Generation II as one of two new additions to the beloved Eevee family, the Psychic-type Sun Pokémon exudes extraordinary extrasensory abilities through its sensitive fur, perceptive forked tail, and the red orb on its forehead. Espeon displays its fierce loyalty to its trainer by using its psychic powers to protect them from harm. According to the pokédex, it can use its body to anticipate its foes’ thoughts and actions, and even predict the weather! They are more likely to be found in populated areas than out in the wild.

Espeon, like the other Eeveelutions, appears to be based on a mix of various feline creatures; in particular the nekomata of Japanese folklore, with the orb on its head possibly taking inspiration from the mythological carbuncle. Espeon has a special evolution method, requiring a trainer to level up an Eevee with high friendship during the daytime (which took advantage of the new day and time features introduced in the Generation II games), or use a Sun Shard to evolve the starter Eevee in Pokémon XD: Gale of Darkness.

In the Pokémon anime, as with other Pokémon media, Espeon often appears alongside the other Eeveelutions or is related to them in some way. Sakura of the Kimono Sisters evolved her Eevee into Espeon and Virgil used one as part of his Eeveelution team during the Unova League. Espeon was also used by Annie in Pokémon Heroes and Salon Maiden Anabel in the Battle Tower. The anime frequently highlights Espeon’s nimble movements and strong psychic connection during battle. In Pokémon Colosseum, Espeon plays a unique role as one of the starter Pokémon alongside Umbreon. Additionally, Pokémon Trainer Red uses an Espeon on his team in GSC, and in the Pokémon Adventures manga he has an Espeon named Vee.

Boasting strong stats in Special Attack and Speed, with a decent Special Defense stat and a diverse overall movepool, Espeon has been able to fulfill both an offensive and support-oriented role in the competitive metagame. Before Generation V, Espeon struggled to distance itself from the overbearing shadow of Alakazam, having to rely on support moves like Morning Sun and Wish to give it its niche. However, thanks to the introduction of Hidden Abilities, Espeon was blessed with an amazing new ability in Magic Bounce, giving it the ability to reflect hazards and status conditions back at the opponent. More importantly, it provides Espeon greater freedom to set up and sweep, as well as utilize Baton Pass to either obtain or transfer boosts in stats. Unfortunately, with the introduction of Mega Sableye and Mega Diancie, Espeon has been largely outclassed as a Magic Bouncer; furthermore, in terms of its Eeveelution family, it faces competition from the speedy Jolteon and powerful Sylveon. Nonetheless, this Psychic feline still has the potential to pounce on unprepared foes with its agility, power, and bag full of tricks.

Here are some questions to consider to get conversation rolling. You don't have to answer all of them or any of them in your post as long as you're staying on topic and within global forum rules.
If you have any suggestions for Pokémon you'd like to discuss in the future just leave your ideas at the bottom of your post. Make sure you give your thoughts about the current Pokémon first!

I like it, Magic Bounce is a neat plus. I still prefer Red with Espeon instead of Lapras.

I've never used it personally but I've seen it put in some good work. It's still the best Magic Bounce user for those who don't want to run Mega Absol, Sableye, or Diancie.

Z-Celebrate. The problem is that you're stuck with Synchronize and can't have Stored Power to go with it, but this is what I'd want to use via Showdown if those flaws weren't present.

I rather enjoyed Anabel's Espeon.

Probably give it Power Gem for obvious reasons.

Second in comparison to Sylveon and second as my favourite to Jolteon.

Never played the Orre games and don't plan to. I want Eevee to return once more and stay as a starter choice for the Pokémon Mystery Dungeon series.

Do you like or dislike this Pokémon? Why?
I like it a lot! One of the best Eeveelutions in-game.
How is this Pokémon in-game?
It is great; you can get it quite early in most games it is available in and it has nice stats plus the Psychic-type.
How is this Pokémon in competitive play? Are there any interesting strategies you like to use for it?
It is good because of its stats and Magic Bounce. There are lots of sets it can run, with Calm Mind, with Light Screen/Reflect, with Baton Pass etc.
Do you like this Pokémon's representation in the anime? Are there any moments or qualities in particular you enjoy/dislike?
I don't remember much of it in the anime; Virgil in Unova had an Espeon and it was cool.
How do you think this Pokémon would interact with our world?
Some people would like it as a pet, others would think it is good in battle and some would be afraid of its psychic powers.
If given the power to, would you change anything about this Pokémon, and if so, what would you change?
Better stats, I guess; all Eeveelutions could use that
How do you think Espeon fares in comparison to the other Eeveelutions? Who is your favorite member of the Eevee family?
I don't like its design as much but it fares better than most others in battle. Picking a favourite member is hard, but it would probably be Vaporeon or Jolteon.
What do you think about the role of Espeon and the rest of the Eeveelutions in the Orre Games? What other Pokémon would you want to see as “starter” Pokémon in games besides the usual starters?
I liked the idea of it being a starter, and the double battle combination alongside Umbreon. As for which others would fit... Ditto, Smeargle, Delibird come to mind.

Love Espeon! Its my favorite Eeveelution. ^^ Its Special Attack and Speed stats are not too shabby, enough to make it a welcome addition to any in-game team. In competitive play, Magic Bounce is the ability to have should anyone decide to use it. Espeon is a little on the frail side and the movepool is a little shallow for my liking, but it has its uses in a team that can make room for it.

I remember it from the Johto season under the ownership of a girl named Sakura. That one was cute. =)

In the real world, I'd probably have one as a pet. The way the Pokedex describes it makes me wish I can pet its velvety fur!

It was interesting, yet not surprising, to have an Eeveelution starter in the Gamecube games. It was a nice change of pace from the usual three starters or even Pikachu, of course, but these Pokemon are so popular and with Blue from Pokemon Yellow having an Eeveelution as a starter, I guess you can say it was bound to happen. Besides starters, Pikachu, and Eeveelutions, I guess I'll say I'd like to see Growlithe or Vulpix taking the role of starters. Even baby Pokemon can fill that role.

Espeon is my Eeveelution of choice seeing as how I've used it the most in both main story and competitive. One reason that I really like Espeon is that it makes great use of its stat distribution to be a pretty good special sweeper. I really loved the addition of Magic Bounce to its arsenal. A lot of people see it as something more fitting a defensive Pokemon and I would say that it's a very good ability for an offensive type as well. Don't think of it too much as a way to block entry hazards and Taunts but more as an immunity to statuses for the speedy and powerful Espeon. This cat also comes with some great coverage in Shadow Ball and Dazzling Gleam. You would have thought that Game Freak would keep trying to restrict Eeveelutions from learning their brethren's STAB moves but I guess they want Psychics to learn Dazzling Gleam like Water-types with Ice Beam.

It's the only Eeveelution I like a lot, besides Sylveon. I'd say it's my favourite Eeveelution out of those two, too. It has both a cool and elegant design, and it's simplistic and sleek. It works very well and is one of the better designs in the series. Kinda typical stats and moves for a Psychic-type too, but Magic Bounce was a bit of a blessing to make an otherwise outclassed Psychic-type have a decent enough niche to not be forgotten.

The cat hater in me can't help but think a cat's a cat, and one with psychic powers becomes about four times as troublesome

Espeon isn't my favourite Eeveelution, but I still like it a lot, especially since Magic Bounce has been introduced. I've always evolved the Eevee you get from Bill in Johto games into Espeon, because it is quick and hits hard. It also has one of the best-looking shiny forms among Eeveelutions, unlike Vaporeon, Jolteon and especially Flareon.

Yes! It's my 2nd favorite Eeveelution~ I love the sleek, feline design it has, forked tail, and the red orb on its head~ I also really like its voice in the Anime. :3
I used one in HGSS by chance and it was pretty good. It takes it a while before it can get some good moves, but it ends up as a very powerful Special Attacker.
It's also very good Competitively. Very fast and very high Special Attack makes it an incredibly hard hitting glass cannon that is difficult to switch into without a resist.
I liked Sakura's Espeon and Anabel's~ Anabel's in particular because it had Zap Cannon, which is just insane.
Hanging around during the day, being a cat, the like~
Nope, it's pretty much perfect as is. Would be too broken if it had any higher defense, plus, all Eeveelutions have a particular base stat total spread and I wouldn't want to mess that up. Only thing I can think of is maybe giving its Shiny a more flattering color :/ The neon green isn't terrible but is pretty unfitting, IMO, and I know a lot of people hate it.
As I mentioned before, it's my 2nd favorite to Flareon. I prefer fast Pokemon that hit hard, as they're easier for me to use, and of the other Eeveelutions, includes Jolteon and Leafeon with Espeon. This is a large reason why I like Espeon and find it easy to start using.
I never played the Orre games, but I thought having it and Umbreon as starters was pretty cool. Having played PMD, I always wondered about being able to choose them a starters since they exist as starters in that franchise.
You must log in or register to reply here.
Share:
Facebook Twitter Reddit Pinterest Tumblr WhatsApp Email Link
Top