Do any of you own Pokemon plushies and/or figures? If so, how many do you own (and of which Pokemon)?

I own four official plushies. I have Drifblim, Wailord, Spheal, and Mandibuzz. I got Mandibuzz online, and I bought Spheal and Wailord at stores. Drifblim was a present from my brother during a holiday (I think it was Eid al-Fitr) - he bought it online.

I gave my plushies names. I wonder if anyone else does that.

I also made two Pokemon plushies with a friend's help. The first was a Ditto plushie. It was easy to make, and I thought it was really cute. It's the only one I no longer have - it got destroyed by my mother's vacuum cleaner:conangry:.

The second was a doll of Morty, which I made in July of 2010. I really wanted to make one of him, so I got some fabric. He's really cute - he really looks like Morty, except his scarf is all purple and doesn't have the red at the end. I still have him - he's on my nightstand near my alarm clock.

I also have eleven Pokemon figures. I have: Pikachu, Haunter (x2), Dewgong, Articuno, Zapdos, Moltres, Phanpy, Swinub, Larvitar, and Skitty (yay HSOWA!). Most of them were from stores, with a few as gifts. I have duplicate Haunter because my grandpa gave me one but he didn't know I already had one.

(I don't have pictures, unfortunately.)
G

I used to have a whole big plastic container filled with all sorts of Pokémon figures from the Gen I era. It'd be too much to list (assuming I could remember them all) but it ran the gamut from little figurines of random Pokémon to larger figures of the Kanto starters with action features, and this one particularly nice Mew figure that talked when you petted its head (I had similar ones of Pikachu and Meowth that said lines from the anime). Sadly I was made to give them all away sometime during my youth.

I also had some plushies. I had small beanies of Eevee and Snorlax, as well as that one big fancy life-sized electronic Pikachu plush that talked and moved. Eventually the Snorlax broke and my mum made me bin it. However, I still have the Eevee and the talking Pikachu stashed away. They are all that remain of my Pokémon toys and I'll not be giving them up any time soon. :3

Every now and then I get the itch to get back into collecting Pokémon figures/plushes.
Last edited: Jul 12, 2012
E

I have a lot of plushies and figures, but there are people out there who have even more than me.

In figures, I mostly have zukan/gashpon (figures inside balls, it's random as to what you get), and for those I have at least: Entei, Dialga, Mew, Mewtwo, Celebi, Jirachi, Darkrai, chimchar/monferno/infernape line, buneary/lopunny line, elekid/electabuzz/electivire line, croagunk/toxicroak line, turtwig/grotle/torterra line, starly

And that's all I can recall at the moment, I am certain that I've missed some, but that's everything off the top of my head. I <3 my collection, and I want to keep collecting more~
F

All I have is a Squirtle.

Gigatron said:
I also had some plushies. I had small beanies of Eevee and Snorlax, as well as that one big fancy life-sized electronic Pikachu plush that talked and moved. Eventually the Snorlax broke and my mum made me bin it.
Click to expand...

The Pikachu sounds really cute! Is it still able to talk?
G

Gigatron said:
I also had some plushies. I had small beanies of Eevee and Snorlax, as well as that one big fancy life-sized electronic Pikachu plush that talked and moved. Eventually the Snorlax broke and my mum made me bin it.
Click to expand...

The Pikachu sounds really cute! Is it still able to talk?
Click to expand...

Technically it still is, but the batteries ran out on it long ago. The ears would also move up and down, its cheeks would light up and its mouth would move. I reckon if I replaced the batteries it'd still work a treat. I'm so glad I still have it.

I actually found the old advert for it (from 1998) on YouTube, here you can see how it looks/works: I Choose You Pikachu - YouTube
X

I have various pokemon and figures from the Gen I era:
Ash, Pikachu, Brock, Misty, Team Rocekt's Jessie and James, all figures.
I can't really remember all the others, cause there are some repeats.

As for plushies I have:
Pickacu (several times over), Pikachu slippers, and I recently bought a Snivy plushie (my new favorite pokemon! It was the first one to dethrone Gardevoir from my official favorite place).

I have a Gardevoir figure, plus a much much smaller one, but the bigger one is my favorite (but it battles my Snivy plushe for the Favorite Pokemon throne in my mind).

I have a few (no longer) talking pokemon, like Pickachu (it was supposed to light up it's cheeks, I think, but maybe it does other things too) and Charmander.

They're all in my closet, so it'd be very hard to get at them to count and see (but no doubt they're all still here).
E

All I have is a Bellossom plushie , but my sister has a Buneary and Turtwig plushie.
R

I used to have a giant Snorlax beanbag chair. It was fantastic.
A

I have a ton of Pokemon stuffed animals. Let me see if I can remember them all...

I have Pokedoll plushies of Jolteon, Ho-Oh, Giratina, Rayquaza and Mew. A Charmander and Squirtle with bandannas that I got with a pre-order for the original mystery dungeon. Then I have Pidove, Meowth, Woobat, Pansage, Munna, Gengar, Sableye... geez, a lot more I can't remember off the top of my head. Yeppp, I overdo it.
S

There are a lot of figures and plushies that I have, but there are way too many to tell.

My current favorites are my Chandelure Clipping figure and Kids Figures. 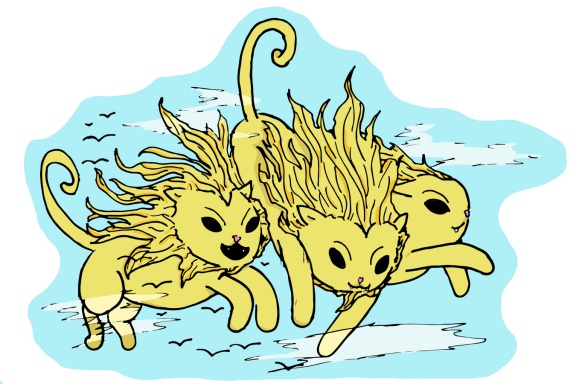 I have about 200 Pokemon figures, so I'm not gonna name all of them :'D

But here are the plushes I have:

Yesterday though, I got a Pokemon Time Campaign Wailord plush, so that is added to my list of plushes.
Last edited: Jul 13, 2012
F

I have twelve plushies in total: Pikachu, Piplup, Celebi, Zorua (these four were a special set to celebrate the release of M13... or whatever), Entei, Cresselia, Togekiss, Pansear, Lapras, Drifloon, Purrloin, and Victini (these eight are the official Pokémon Center ones). I've also got a talking Tepig doll, which I bought from a GAME store.
ミ

I have this Raichu keychain, and this Pikachu plushie. My mom actually told me once before that a friend of her's gave me this big Pikachu plushie, and then we got in the car and when we got home it was nowhere to be found Her guess is that I probably dropped it when the car door opened, although I don't remember anything XD
R

The plushies I have are Pikachu, Bulbasaur, Meowth, and Charmander. C:
I have a couple of action figures I've collected from McDonald's. xD

I asked for a Pokemon plushie for my birthday. I saw a cute male Frillish plush at the mall last week - I'm hoping my parents could get it. I'm going to open presents later.

I have way too many figures to count, most of them from the Gen 1/II era. I have a gigantic tub where they are all carefully stored.

Yesterday, I was looking around in a store at the mall, and found an entire wall of Pokedolls!!! I wanted to buy them all, but they were quite expensive so I tried to use my common sense and not buy any. But then I saw something I just could not resist - a shiny Glaceon! Glaceon happens to be one of my all time favourite Pokemon, so I HAD to buy it. I guess it was a bit of an impulse buy, because when I got home, I found out that it may be a bootleg. Not that it really matters, I still love my shiny Glaceon!

My birthday was yesterday, and it turns out I did get the Frillish plush I wanted! And my friend gave me the female Frillish, so now I have 2 more plushies!
T

And a Pikachu plushie.

I have quite a few.

I have a large plush Palkia, the old Hasbro Eevee, Mewtwo, Mew and Bellossom plushies (I may have more but I might simply be forgetting them) and a lot of Poke Dolls: Rayquaza, Metagross, Shadow Lugia, Mew, etc. I'm also the proud owner of a Golurk Zukan figure (he stands sentinel by my bedside) and a plush Golurk keychain.