Pokemon: The Journey of Evolution (signups and discussion)

(rated E10+ for fantasy violence and frightening images. Can be done one on one or with up to three people not counting the host)

After emerging victorious in Galar's Gym Challenge, and being hailed as the Hero/Heroine of Galar, Victor and Gloria told you about a large island known as the Isle of Armor, where martial arts are a pivotal part of the culture. They tell you to track down the Kikuzu Dojo--there, you and your Pokémon could benefit from training.

The masters of the dojo, Master Karashi and Master Mitsu, welcome you and explain to you why Victor and Gloria have sent you here-- to guide a Kubfu on its evolutionary journey. The Journey of Evolution, as this long quest is called, requires the Kubfu master at least a thousand unique martial arts, and claim the jewels from the tops of the Jeweled Towers--Earth, Fire, Wind, Water, Thunder, Snow, Wood, the Sun, the Moon, Spirit, Darkness, and Light. Once the journey is completed, the Kubfu will evolve into one of twelve Urshifu forms, depending on which style the Kubfu is attuned to the most.

But in order to guide a Kubfu on its evolutionary journey, an aspiring guide must first pass three trials--catch three speeding Slowpoke, a unique trial with your own weapon, and battling one of the dojo's top students.

Will you earn the right to guide a Kubfu? What wonders and terrors await you and your Kubfu?

--Character's physical appearance (what your character basically looks like)

--Character's personality/backstory (what is your character like, and what led them to the Isle of Armor?)

--Has your character had any martial arts instruction before? If so, which art have they trained in, and what belt/rank do they have? If not, would they want to learn? (this will affect what weapon you get for the second trial)

Character's Pokémon (up to five, since you need room for your Kubfu. Any known Pokémon is allowed, but if you have a Legendary on your team, briefly explain how your character met the Legendary.) 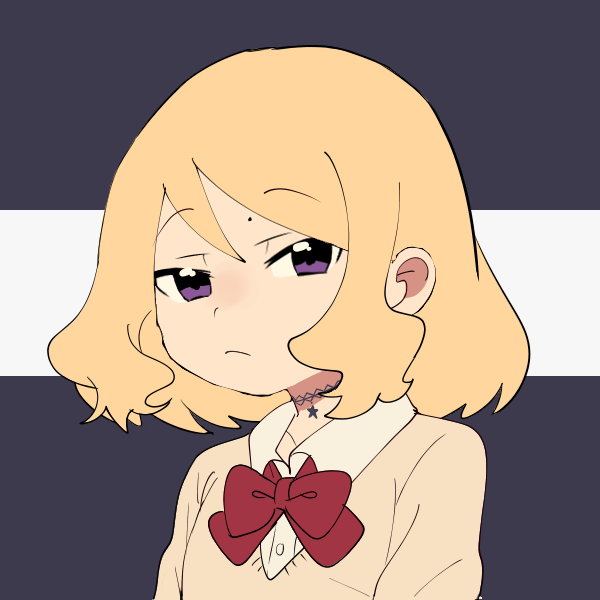 In addition to the picture, she is about 5'4" (163 cm), rather fit, and generally dresses pretty "preppy," though when feasible. For a day of hard work, she can find some more athletic clothes to wear.
-- Elise d'Ongarde comes from a family in the Kalos region with ancient ties to the nobility, but for most of her life she has been raised in Galar as the heiress to a relatively recently-made fortune. At the age of 10, she was entered in the Gym Challenge, endorsed by her father, a Gym Challenge official and generally strong trainer. She successfully battled her way to the eighth Gym, where she faltered in battle multiple times, making what she calls "an idiotic blunder," which cost her the match, and her chance at the Championship. Her ego often used to get the best of her, but that failure stung. Elise has been unable to shake the feeling that she could have done something different, which would have changed the whole course of the battle and perhaps of her life. She can be a bitter person, especially when it comes to talking about the Champion Cup, as she takes out some of her frustration on the entire institution of the Galar Pokémon League. It certainly did not help that her father's history in the Galar League put great pressures on Elise, and she could sense his disappointment at seeing his daughter come so close and fail so spectacularly. When left to her own devices, she tends to work on honing her team's offensive capabilities, as she tends to try to beat down her opponents team with a brutal onslaught of attacks. She considers herself skilled at identifying her opponent's weak points, but her Pokémon put in just as much work as she does on this end. Elise often finds herself pining for another chance at the Championships, and the chance to make a name for herself as Elise, Pokémon Trainer of legend, rather than just another Gym Challenger in just another year of the Gym Challenge. She wants to become so strong and well-known that she eclipses her father, and everyone of her family name, to earn a place in the annals of history. Perhaps one day she could even attain the hotly-contested title of Champion. It seems as though her father, while emotionally distant, does understand this - when he heard of the Kikuzu Dojo, he barely hesitated before sending the information to Elise and endorsed her in a heartbeat, admittedly without much of a conversation alongside it. While she is willing to put in hard work at the Dojo, she is not as ready as she may claim to be. Nonetheless, time does not stop for anybody, and Elise will not stop either. This is a bit of a simplification of her life and feelings, but hopefully this serves as a good outline of who she is and who she may become.

-- Elise has had formal training in fencing, but she has no experience in actual combat - fencing is, after all, incredibly regulated and "sportified," so to speak. Her sword of choice within fencing is the sabre, giving her experience with slashing motions, which will draw her to actual swordplay (her preference would be a lighter, one-handed sword, though she can't exactly be picky), but she has never actually fought another person in any serious fashion. She has a foundation of the importance of movement, but not how to efficiently move outside of the linear world of fencing. But the most useful thing fencing gives her for the sake of actual combat is reflexes, and hers are fortunately not lacking. Otherwise, Elise is woefully unprepared for more serious combat.

--
I know I don't need to explain since none of them are Legendaries, but I want to anyway. I have some "Game-Based Details" that is basically meant to outline what the Pokémon can do in battle, and gives a one-word summary of their personality in their Nature. I assume this will not be as strict in battling as the main games, but even just knowing that, for example, Espie the Pangoro can use Fire Punch & Ice Punch helps me develop his battle style more than I could otherwise. I hope this makes sense.

That looks amazing! You are Accepted!

I will see if anyone else wishes to join in before we start this as one on one.

Hey, just as a heads up, I’ll be away from my computer until Saturday, so if I respond at all it will be sporadic and may not be good since it will be from my phone.

I was going to start today, but I'll hold off and wait for your return.

I'm back and ready to get started when you are! @LightningTopaz

All right...how do you want to start? Leaving Galar and going to the island, or already on the island?

Ah! Sorry for the delay! I think I'd rather it start leaving Galar, if you don't mind! (EDIT: @LightningTopaz)
Last edited: Aug 9, 2020 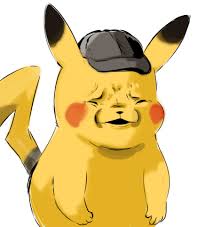 - This guy was ready. In order to understand that, we need to go 3 years ago. [2019 - FEBUARY 12 - GAGE: 10 YEARS OLD] Gage was a new kid to Pokemon. He recently just got his first Pokemon. Suprisingly, it's a Riolu! Gage gladly took the pokemon and ran off into the lab. He knew everything he needed. A Map, a Pokedex, and another Pokemon. His second Pokemon was somehow a Sandslash. After that, he was ready. Everyday he would just be winning and losing. He finally won until he found out about Kubfus. "SIGN ME UP!" he yelled! And that starts his journey. A Journey of Evolution. (AAH! AAAAAH! HE SAID IT!)

- He is not good at karate, but can still fight pretty dang well!

- LVL 51 Lucario, LVL 32 Sandslash, LVL 53 (traded) Mew (originally an Alakazam), and a LVL 1 Magikarp (Just like PKMN Detective Pikachu, Can evolve into Gyarados after 1 attack, and back into Magikarp after 1 attack.)

Your signup is Pending:

- First of all, understanding the story of Gage.

Gage's personality is simple. Stay on his good side or you'll come out a PKMN Battle with a magic sword in your face.

A little more on his history.

1: He picked up Pokemon to get a break from saving the world millions of times.
2: He got Lucario because he liked fighting types.
3: He also got Sandslash because that was his first Pokemon in the PKMN Red Randomizer. Basically both Pokemon was gotten because o' HISTORY.

Gage's little eye glow is a magical power that strengthens him more. This ability allows him to summon Blasters, Swords, and more. He can even use it when his eye isn't glowing...!

I'm aiming for the martial arts to be the magical aspects (they are something along the lines of something you'd see in your average battle shounen.) This is not to say the eye glow can't work, but it would be way too overpowered as it is in its current stage--so can you find a way to tone it down to a reasonable level?

Okay, so maybe tone it down to shields?

Shields and one fantastic offensive weapon--(swords bows, etc.) should be fine.

Shields and one fantastic offensive weapon--(swords bows, etc.) should be fine.
Click to expand...