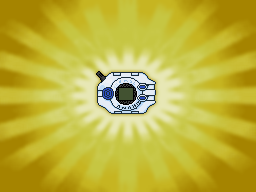 This image was remastered from a screencap of Digimon Anode/Cathode Tamer: Veedramon Version
​
The computer screens flickered in a brilliant burst of light, and the tiny, pocket-sized devices materialized and floated into the hands of their masters. In that moment, the first three DigiDestined were chosen, although they were far apart and not yet aware of each other. There came no instructions—it was up to Keanan, Celia and Michael to figure out what to do next.

Celia happened to have been looking at the webpage for Digimon World Online when she was forced to shield her eyes from the sudden light emanating from her monitor. Feeling something place itself in her hand, she opened her eyes to find herself holding a Digivice.
"...The hell...?"
As she slowly turned it over, she realized that this looked just like the device from the cartoon she watched when she was younger. It didn't seem like it was on... and yet, a question nagged at her: would something happen if she did... that?
Reluctantly, Lia pointed the Digivice at the screen. She'd look pretty stupid if this didn't go as planned, she thought...
"D...Digigate, open."

Mike was editing Agumon's page on Digimon Wikia when that same light came from his screen. He shielded his eyes but looked and saw a glowing Digivice floating in front of his screen.
"What the?" he said as he took the Digivice out of the air.
He pressed the buttons and another flash of light shrouded the room.

Keanan was in his room, casually surfing the internet, some chatting, browsing a certain Bulbasuar themed website for people to talk about their Pokemon journeys (god how he wanted to go on one of those), until chance (or perhaps fate) sent him to the homepage for that Digimon game he used to play but gave up on a while ago. It was at that point that the screen lit up violently, causing Keanan to shield his eyes from the light. When the flashing had stopped, he looked to see a weird device floating in what looked to be some kind of bubble of light. Confused, Keanan gave it a poke, popping the bubble of light, causing the device to fall.
"What is this thing?" He wondered after catching it. He ended up pushing one of the buttons to see if it'd turn on. It did, causing it to violently light up yet again.

But whatever the source of the second flash, it definitely wasn't the devices in Mike and Keanan's hands. Pressing the buttons at random seemed to do nothing apart from scrolling through a few different options—"Digivolution" (which reported zero charge, whatever that meant), "Digimon Analyzer" (which reported no signal), and "Return?" (which did nothing if selected).

Celia, however, seemed to have hit on the correct procedure, as her own device activated with a rapid, high-pitched beeping in response to the familiar command. With a strange, unearthly sound, a swirling pattern of blue clouds against a black, starry background faded into view on her computer monitor. 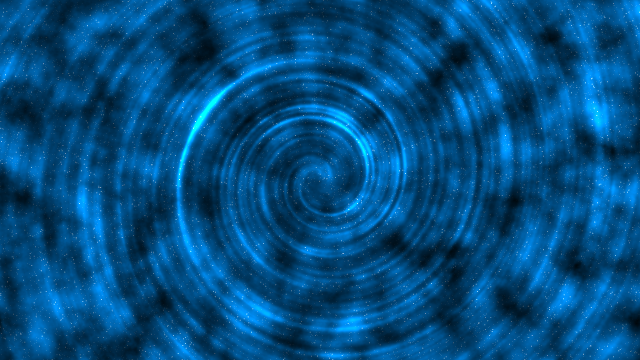 Whether glass, plastic or some other material, the screen proved to be no barrier between Celia and this bizarre phenomenon, as she was suddenly dematerialized and sent rocketing through the gateway to the other side.

The old man stood patiently waiting in the center of the brightly-colored town, large numbers of baby Digimon casually wandering among the Digi-Eggs scattered along the ground. Every so often, one of the eggs would hatch into a new Digimon, eliciting cries of delight from those in its immediate vicinity. The old man smiled; the miracle of life was even more precious in this dire situation.

A deep rumble overhead caught the old man's attention. Directing his gaze upward, he saw a streak of light arcing across the sky toward the village.

"Ah, good," he sighed to himself. "They've finally arrived."

The rumbling grew steadily louder, startling most of the baby Digimon and causing them to retreat inside buildings. Three, however, remained—Punimon, Kuramon, and Botamon. They almost seemed drawn to the light, as though it were their destiny to meet it.

At last, the light met the ground a few yards away from where the old man stood. As it dimmed, Celia rematerialized, the three Digimon gazing upon her in awe. After allowing the human a few moments to process what had just happened to her, the old man slowly approached her. 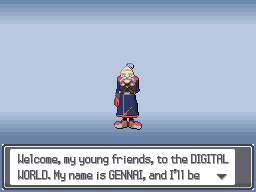 Gennai sprite is original, made by me based on his official Toei artwork.
Other elements are taken from Pokémon Diamond, Pearl, HeartGold and SoulSilver Versions.
​
"Welcome, my young friends," he began with a kindly smile, "to the Digital World. My name is Gennai, and I'll be your....guide....?"

He looked around, confused.

He scratched the back of his head with a mildly exasperated sigh.

"I told the Programmer that the Digivices needed to come with instructions."

Lia folded her arms.
"Well, I needed a moment to take this all in anyway, so... I can wait for the other two."

As Mike examined his Digivice, wondering how it works, he searched the term "digivice" on google. He found a link to "Digivice Instruction Manual.com." After reading through the manual, he held up his Digivice and shouted "Digigate open!"

"Oh, freakin' lamp." Keanan muttered as he switched off the flickering light-piece that had caused the earlier flash. He then started fiddling around with the Digivice again, trying to figure out how the heck it worked.
"Wait a second... I know what this is now!" He exclaimed as realisation finally dawned. "Dammit, what did they say in the game again?" He wondered. When he couldn't remember, he decided to just boot up the game again and see. As he opened the game though a little dialogue popped up on screen.
Downloading Updates...
"Great." He sighed. After sitting and watching the progress bar creep across the screen for about 10 minutes, the game finally started up. After watching the procedure during the opening Keanan also held up his Digivice pointing it towards the computer screen.
"Digigate Open!"

That did the trick. As soon as the command passed their lips, their Digivices flickered to life, and the same strange phenomenon appeared on their monitors.

And before one could say "energize", the two trainers were dematerialized and sent zipping through the wormhole.

"Ah, there they are," he remarked. "Better late than never, I suppose."

As before, the lights arced downward, meeting the ground on either side of Celia. Within moments, they dimmed, and Mike and Keanan rematerialized. The Botamon looked at Mike and happily hopped over to him, while the Punimon did the same with Keanan.

"Now then, let me try this again," he said. "Welcome, my young friends, to the Digital World. My name is Gennai, and I'll be your guide."

Mike took a second to take in what's going on.
"Aargh!" he screamed. "Where am I? What's going on? Who are you people? What is this disembodied black cat head?"

"I'm with that guy," Lia remarked, pointing her thumb at Mike. "I don't have a clue what the hell is up."

Keanan looked around in awe as he materialised, before jumping slightly as the Punimon jumped into his arms and made happy noises.
"Uhh... Hey there... Little guy..." He said as he tentatively poked the little Digimon's red squishy body.