True, but at leasy XY also let you transfer any other unlikely Pokemon in.

About the art, I mean, that kind of promotional image usually has nothing to do with games, indeed. Mew, Mewtwo, Charizard, Pikachu and Eeveelutions are on almost all of them, regardless.

But I do believe that one specifically could be different. In fact, after the dex cut, I believe all their promotional material could be more specifically "targeted"/selected from now on. In the case of that image, it will be used for products as well (as usual). With the TCG card sleeves being the one already revealed. Its opening in London isn't a coincidence either, as we also had a Pokémon center opening in Paris close to XY's release.

It will be being opened in the city the game will be inspired on, specifically close to their release. That will be the image printed on the Pokémon Center when SwSh be already released, it would be weird some Pokémon being promoted in products and plushs, and not being in the game. So I think they can be confirmed. But it makes me wonder if there are any new Eeveelution.

For reference, this was the one for Pokémon Center Paris: 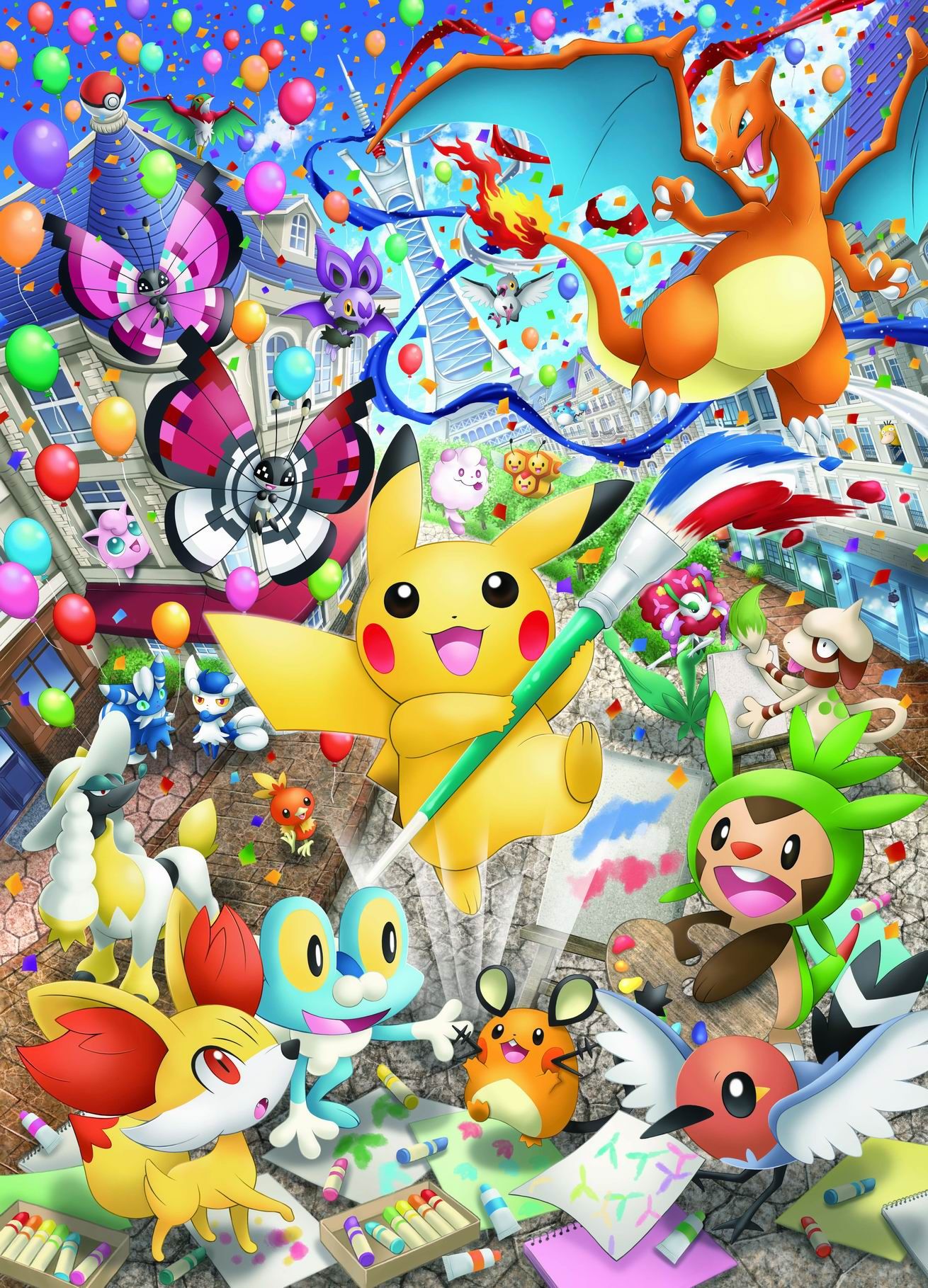 All of those Pokémon are in the Kalos Dex, plus the Torchic there!


this is going to be quite a ride

A lot of information is a good sign for us. Hopefully it will be more like June's news drop if he's saying a lot.

That tweet was posted on the last page, as well.

You know, I'd love to be proven wrong tomorrow (or later today depending on your time zone). But now I'm not expecting new Eeveelutions anymore, to be honest. I don't know, those arts are done in advance. That kind of thing is planned well in advance and carefully. They decide first which Pokémon will be focused on and commercialized, then which will be in the art, which they will sell plush and toys from, etc. If SwSh had a new Eeveelution, they should have known, and could have included it in the art (in this case, it would have had to be revealed earlier, of course). It would be weird, for example, for them to sell an "outdated" product: "here is our newest tcg sleeve made especially for London! There are almost all eeveelutions there! Except the ones that will debut in the game that will be based of here. sorry."

This is the first time I believe there will be no new Eeveelutions. I can already predict Ohmori and Masuda being questioned in some interview in the future, and answering something similar to what they said about Flygon: "Well, we even thought of some designs and concepts, but in the end we thought we had done enough with it for now."

I can already predict the headlines of poor sites looking for clicks "Game Freak hints at no more Eeveelutions".

Well, they could at least do something with Eevee or the past Eeveelutions, like Gigantamax Forms, why not. 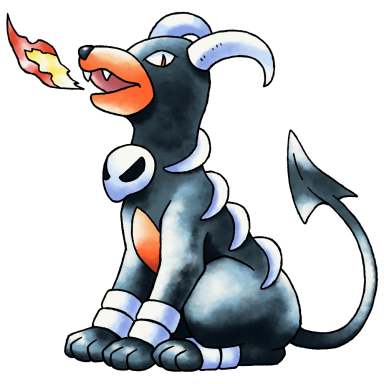 
this is going to be quite a ride
Click to expand...

Still on the Pokémon Center London image matter- I just noticed one more thing. When Pokémon Center Paris opened, Lumiose had already been revealed in trailers for a while. However, it's interesting to note that the art reproduces a very similar environment to the game, both in its architecture and colors. In fact, the Eiffel Tower is just the same (I mean, an Eiffel Tower-like building will always look like the original, for sure. But the one depicted in the picture isn't just any cartoonized Eiffel Tower, it's exactly the Prism Tower from XY).

So, I believe Pokémon Center London art could be doing more than just confirming some Pokémon to be in the game. I think it could be depicting the London City of the game, actually. So, I believe that even that Groudon-bus could be in the game. Of course, this is just speculation on my part. And for sure it's woth noting that unlike the art of Pokémon Center Paris, there is no Galar Pokémon there.

View: https://twitter.com/Pokemon/status/1184225762334957568
This could mean that we will have things about Pokémon there too, contrary to what was previously reported. Otherwise, I would see no reason for Pokémon's account to be tweeting it. Perhaps, at least they will comment on what was revealed, but there should be something Pokémon related.


About the trailer of later today, I decided to go a little further on what previously said I'm expecting:
After recapping everything, I'm sure we would need a whole Direct for all this, but I don't care it always fun to speculate about anyway. I'm just really hopeful this trailer will be worthful, at least.
Last edited: Oct 17, 2019

So Gigantamax Meowth, Pikachu, Eevee and Charizard are confirmed.

How do? Did something happen tonight (I Woke up a bit ago)?

Well, now it seems clearer that maybe Venusaur and Blastoise aren't really getting G-max forms (or at least they could not be revealed today).

TheElderKing said:
How do? Did something happen tonight (I Woke up a bit ago)?
Click to expand...

On that note, it's bedtime, cause 5 hours of sleep ain't enough.

TheElderKing said:
How do? Did something happen tonight (I Woke up a bit ago)?
Click to expand...

corocoro ichiban cover showed them
it's up on serebii (or maybe someone will show them on this thread, I would but I'm on mobile and it's annoying to)

On that note, it's bedtime, cause 5 hours of sleep ain't enough.
Click to expand...

Yeah, I checked the leak thread right after posting. XD

And I also don’t think, even if they’re in, that they’ll show Blastoise and Venusaur’s aG-Max today.

And at this point I kind of doubt they have one. Who knows, maybe they really went for a trio of starters picked from different gens, and gave each a G-max....

Or they might simply favored Charizard over the rest. 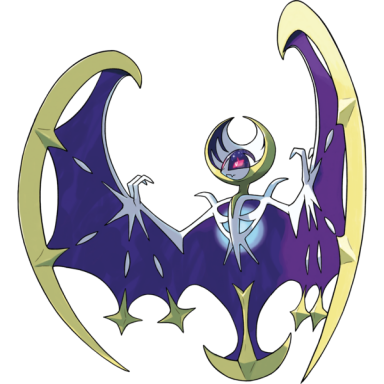 So where will this stream be? I can't find it.

Hunter Talon said:
So where will this stream be? I can't find it.
Click to expand...

Myth said:
Called it. They're close to the dead line anyway, the game will be probably leaking by the beginning of November. This could be one of their last chance to show things they prefer to show by trailers.


This is the promotional art used for the opening of the Pokémon Center London later this week. 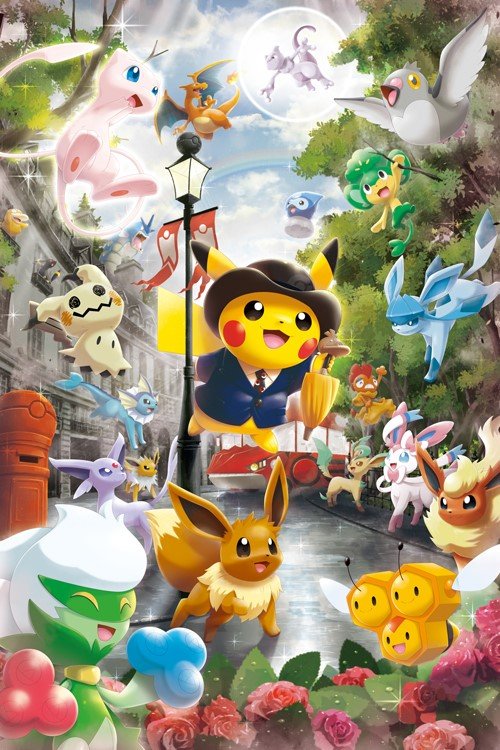 From the way I see it, it would be weird if the Pokémon that were there weren't in the game. Similarly, it seems plausible to expect TPC's product/marketing team to know which Pokémon will be in the game, and that they have made use of that knowledge.

So I guess Castform, the elemental monkeys, and the Psyduck, Scraggy, and Pidove lines may have been confirmed. And Roserade, sorry @Darkrai8674

But the question is: does this mean that we will not have any eeveelution this time?
Click to expand...

Not really thats promotional art for the pokemon center in london. They can use whatever pokemom for marketing that it doesn't confirm them for the game.

Game Freak: a lot will be revealed today!
Also Game Freak * reveals 5 Gigantamax Forms and calls it a day *: My job is here done.

@Fairy Type Arceus
I know that.

This was probably the most disappointing reveal trailer honestly. Still no starter evolutions also.