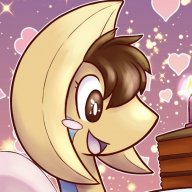 We’re reaching out for you regarding a matter than has been affecting this forum these past months. We’re talking about Go/Gou, the deuteragonist of “Pokémon Anime 2019”. He has been a big source of debate and drama since his debut, namely because of the way in which his personality and goal have been handled so far.

While it’s fine to criticize his flaws and misgivings and it’s fine to comment positively about his virtues and progress, what isn’t fine it’s throwing insults at other users just because they happen to have contrasting and opposite opinions about him compared to yours.

Everyone is tired of having to come to this section and see a flame war every time Go/Gou is mentioned in any shape or form, even in preview/review threads dedicated to him.

Everyone is tired of not being able to talk about him openly without risking being verbally assaulted by someone who disagrees with them, regardless if they like Go/Gou or not.

Everyone is tired of having to see this drama and negative atmosphere repeating itself over and over in most threads.

We understand being passionate about the anime and wanting it to do well/better, but for everything there is a limit, and this limit has been abundantly surpassed. As we don’t want to ban discussions about Go/Gou, the least that everyone could do would be being respectful toward each other and more open about other people's opinions regarding Go/Gou.

We’re seriously disappointed. This forum is supposed to be a nice place where people can discuss anything anime-related without worries or fear of being attacked, but these days it has basically become a war zone where you are either "with us" or "against us". Enough with this toxic and unwelcoming behavior!

This will be your last warning, people. If you don’t stop these skirmishes at once and keep flinging insults, we’ll have to resort to heavier measures. Repeated behavior of such kind will be heavily penalized from now onwards. As such, don’t force our hands.

Also, for the umpteenth time, don’t engage rulebreaking people. Even if you want to reply and wish to have the last word, don’t! Report the issue at hand or PM the A&M mods ASAP and let it be, or even ignore the other user(s) with the Ignore Button if that is a recurring issue. But don’t engage them, we members of the staff are here to handle those issues, so don’t take justice up your hands.

Thanks for your attention.

Pokemon Silver and Gold no Route 26 no Theme in Anime

S
So May is probably going to be the only female companion not to appear this series, and she hasn't appeared for 14 years since 2008
3 4 5