Just tell how your username came to being and why you like it.

I watched Avatar The Last Airbender, and liked it, so that's how "Avatar" part of my name came in.

The Ino part is a little different. I was watching Naruto, and she poped up out of nowhere. I thought, "Who is this chick?" I found out her name was Ino, and I started to like her. She was under showed, she had a rivaly with the main girl character, and she could swich into other bodies. I loved her, and that's how "Ino" came to be in my name.

Note: If you wish to talk about your real name, please post in this thread.
Last edited by a moderator: Apr 7, 2013 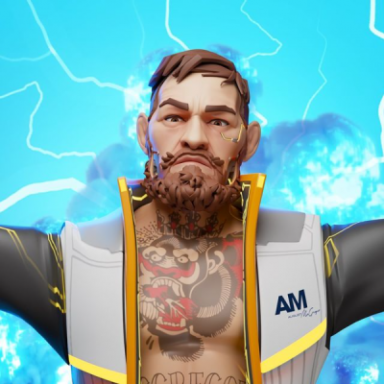 I've been using my name for about 6 years now. Basically it's a combination of Sailor Saturn (my favorite Sailor Soldier) and Nintendo's Yoshi.

Other complexities factor in such as the planet Saturn in astrology being represented by the number 8 and me being born on a 17th (1 + 7 = 8...).

Plus SY are also the initials of my "real" name.
A

I don't talk about Fire Emblem much around here is because not many people play the game(s)... but Sword of Fire, the seventh game and first one to be released outside Japan, is still the best one in my book. In the Final Chapter of the game, the three Lords (Eliwood, Lyn, and Hector) are given the "God Weapons," respectively Durandal, Sol Katti, and... Armads. And after so many games, Hector is still argued to be the best unit ever.

I was 13 years old, creating my FF.Net account...I wanted something that would show my love of anime without single-ing out a specific one, because preferances change over time. I also didn't want something too ridiculous, but something that was...somewhat of an ego booster (I was going through a lot of friendship troubles at the time). I was originally "AnimePrincess", but there were so many people with the same name...I wanted to be unique, above anything else.

Then I remembered that a duchess was...sort of royalty. At the time, I didn't know the proper spelling, so "AnimeDutchess" was typed in, free, and mine.

A few years later, I get into shipping, write a couple fics...and want to shoot around with people in Pokemon forums. I decided to use "AnimeDutchess" so, on the off-chance someone had read my stuff, they could recognize my handle and we could start a conversation.

Yes, not only is it shameless promotion, it's an ice-breaker. I've been using it on most other sites now, as well. >_<
H

I've been using this username pretty much for my whole "Internet Life". It is just my favorite Pokemon and the word rocks. Only put one o in Houndoom by accident though. xD
J

Houndomrocks, you can change your username in the User CP.

Anyway, my name originally came from the Yu-Gi-Oh character, Katsuya Jonouchi (Whose english name is Joey Wheeler), back when I was still into the series. I later had the name Xin Eohp, which came from Phoenix Wright (It was what Maya called "Phoenix's Copycat (Spoilers lurk within this link)

Then my current name, Jnoo, comes from somewhat of an inside joke with FB where I'm for some reason called that, so I decided to join in on the fun and call myself that too. =P

And that's it for now.
Z

I change my name every month.

Right now it's after a certain FFXII boss that owes me two days of my life.
M

MY name is my real name in japanese so yah : )
A

Yiazmat said:
I change my name every month.

Right now it's after a certain FFXII boss that owes me two days of my life.
Click to expand... 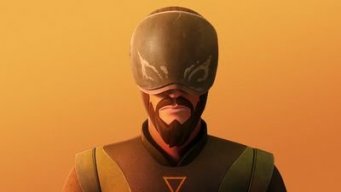 I have been using Slush for about 8 years now but have for the past few years used s|ush as I like the "|" it's quite cool. It came about after a PE teacher called out my name wrong. (There were 2 Sams in the class and she was 'girl Sam' and I was 'SLS' (which is my initials) and he called slush out. Instantly I thought I can use that and it stuck in PE too)). So hence s|ush.
W

I was playing my copy of Pokemon Diamond a few days before I joined. The egg that I got from the guy in Hearthome(spelling?) City hatched and out popped a cute little Pokemon called Happiny. I thought "Awww, it's so cute!" and "Wait, the name of this Pokemon could make a great username for me! 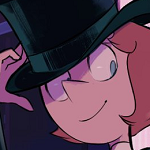 I change my name a lot, but I try and keep the initials P.B. because I think it's cool ;D.

When my name was The Ancient Minister, I just did that because I was obsessed with Brawl.

As for my original name, Pitch Black, I've been using that name for about... 5 years now and I love it XD !
H

There are many reason for why I've chose "Hendric" as my name. It could represent a few things. It can represent an alternate future, if one thing in my past would of been changed. It represents Pure Neutral, it's not Evil, nor Good, it's an average name. It represents the middle, the middle of everything. I shalt give you people a straight answer, it's but a name.
B

GFC stands for Gamer From Canada. Danny is the name I like to be called (real name is Daniel). I use this one pretty much everywhere.
L

My name comes from the fact that TR Pokemon are deadly but cant express their potential. And the Pokemon is just one random TR Pokemon, if you go on Serebii or Pokecommunity you'll know who I am.

Lord of the Valkyrie

Kjølen is the name of a Norwegian Mountain Range... in Norway. I chose it because it looked like an absolutely amazing name to my 13 year-old mind. And you know what? Even to my 19 year-old mind, it still is an amazing name. I've considered changing it to something more... textually friendly, but I can't be arsed to think up something that I'd like to replace it.

I used to be Fervivious at this place, when I was 12, which was made up off the top of my head, really. Oh man, when I think back about the stupid things I did here back then I cringe with embarrassment.

We are venom to you

My user name is Venom it as many can guess from my avatar is Venom from Marvel Comics. He is my favorite comic character for many reasons. I like the suit more than Eddie Brock. One of the reasons I like the character is that he is conflicted. Eddie Brock hates Spiderman because he blames Spiderman for ruining his career but the suit loves Spiderman and it also hates Spiderman because Spiderman rejected it. Venom sees himself as a hero but will use lethal means to achieve his means. I enjoy contradictions there are other reasons but I won’t get into them here.
J

jsispitz was something I started using like 6 years ago...I called it my 'rock star' name. The 'jsi' part is short for my real name (Jessie) and the last part comes from the fact that I used to spit sometimes when I talked really fast. But thankfully I've grown out of that Dx
C

My name's after the cascade badge XP