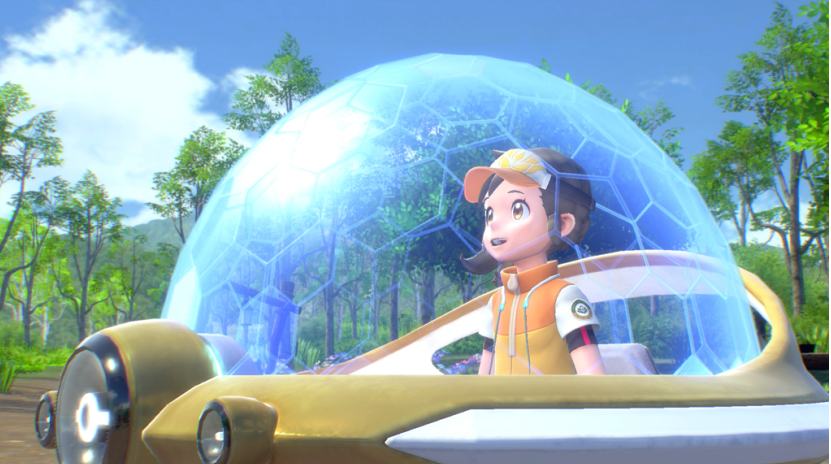 Pokémon fans love seeing Pokémon. This might sound like the most trite and obvious statement in all the world, but it speaks to the enduring popularity of some of the series’ most well-received features and spinoffs. ‘Follower Pokémon’ that appear in the overworld (first fully realised in HeartGold and SoulSilver) are one of the most requested features of new games despite bringing next to nothing to the table in terms of gameplay mechanics. The Stadium and Colosseum games feature almost the exact same battle system as the handheld titles and introduced no new species, but were highly regarded for the player’s ability to see their partners rendered in 3D. 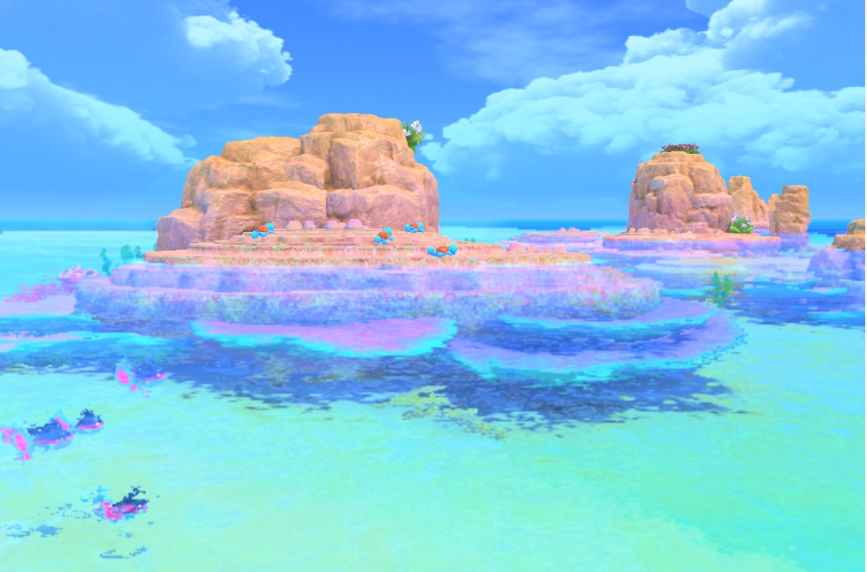 What’s more, seeing Pokémon go about their own business in their natural ecosystem is a special kind of pleasure. One of the franchise’s under-appreciated strengths is world-building; that is, the sense that the places and characters of the games don’t just disappear the moment we close our eyes, and have lives outside of the player’s interactions with them. Few things enhance the sense that this is a world with a life of its own than seeing the inhabitants walk, stomp, crawl, fly and swim through the environment without heed for the protagonist. It’s why the Wild Area was so central to the premise of Sword and Shield and the Expansion Pass content; it’s why the original Pokémon Snap is so beloved despite merely being an on-rails photograph-’em-up; and it’s why New Pokemon Snap is such a great non-core Pokémon title.

Welcome to the Lental region - a small archipelago featuring a crucible of radically different environments, teeming with over 200 species of Pokémon (this may sound like a paltry roster relative to the nigh-on 900 that exist in the wider world, but rest assured that it’s a perfect fit for the purposes of this game). You’ll be met immediately by Professor Mirror and his erstwhile assistant, Rita, who will show you the ropes of your kit; you’ll later be joined by old Snap stalwart Todd and his acolyte, Phil (and boy, has the former Longbottomed in the intervening years). You’ll swiftly discover that Lental has a unique secret called the Illumina phenomenon, whereby strange local flowers can cause Pokémon to glow and display fascinating patterns, most notably the Meganium featured in the game’s first significant trailer. 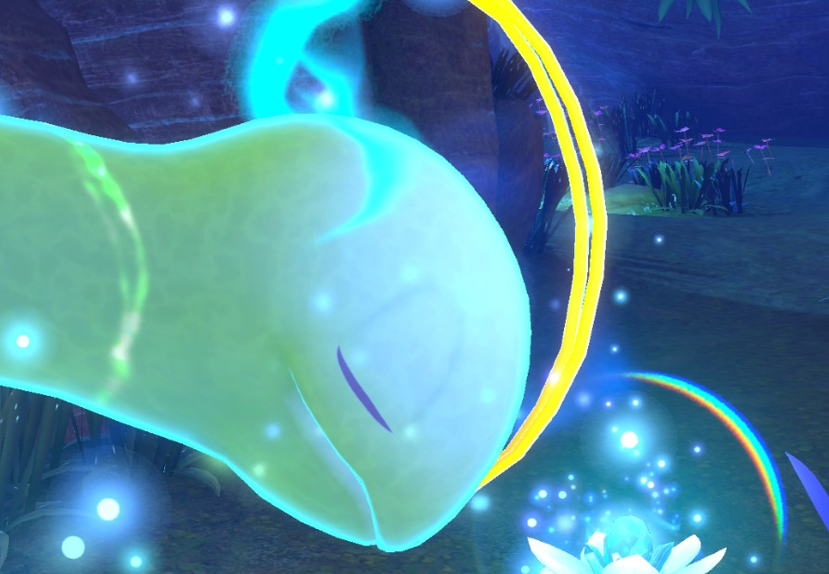 In truth though, the characters and story of Lental are almost an afterthought. Though Professor Mirror’s research progresses as you navigate each environment and there’s hints of a deeper history to the region at play than first appears (as yet undiscovered at time of writing), this is all a skeletal framework for the beating heart of the game; traversing glorious landscapes and taking photographs of Pokémon. Much as with the Nintendo 64 Snap this is an on-rails, time-limited affair of a few minutes for each outing in the NEO-ONE pod-car, but diversity is offered up by the variety of ecosystems to discover and progression within each one. The player's task is simple; take photographs of as many Pokémon as possible before bringing the pictures back to base, where the Professor will award points to your best snaps according to a number of criteria, including the rarity of the behaviour on display, the facing of the Pokémon, the composition of the shot and more. 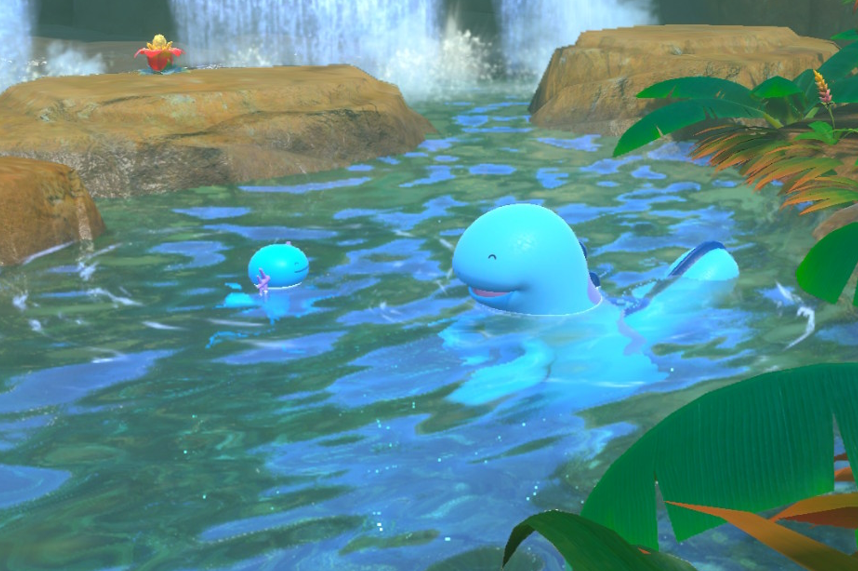 When you first visit a particular biome - options include parkland, jungle, beach and desert in the early game - you’ll find that Pokémon are unwilling to pose for the camera and often keep their distance from the player. However, with enough visits under your belt you’ll not only find new species making their homes in the area, but that existing species are more comfortable in your presence and may even welcome you. A new pair of horns jutting out of the ground indicates that a Pinsir has recently moved in; a previously-timid Pichu and Grookey will now play and dance within your line of sight; and the ever-memeable Quagsire will start showing a softer side when teaching a young Wooper how to swim. The game extracts extra value from several locales with a night-time setting with a similar progression track. Species that were slumbering during the day can now be captured within your lens and vice versa (though there remains perhaps a tad too much similarity in the Pokémon you’ll likely encounter). This may all sound like a sedate experience - it’s certainly entirely non-violent (bar the avalanche of soft Fluffruits you can launch at your subjects to draw their attention) - but there's some trepidation as you pan the camera around each time you visit a new area, lest you miss a great shot of a beastie emerging behind you.

The Pokémon themselves can be a little intimidating, too; a colossal Arbok is the undisputed king of the jungle (at least, until Slaking wakes up) and you’ll never look at a Minior the same way again. The creatures that populate this land ooze character in a way that the main series titles have yet to convey outside of Pokédex entries. Hardcore fans may feel let down given the strong likelihood that their favourites are not present in Lental (broadly, the game features more ‘natural’, animalistic species over urban or downright odd ones), but New Pokémon Snap will manage to make such players love even Bidoof with equal passion. 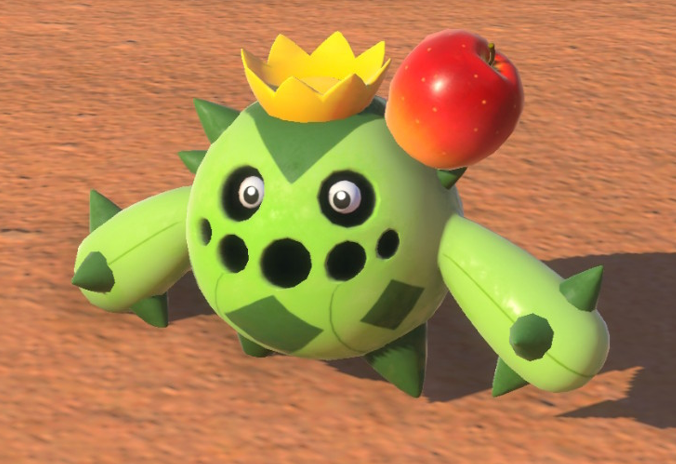 This was always going to be a game that needed to deliver graphically in order to work, and it pulls off the feat with aplomb. All Nintendo Switch titles exist in the shadow of The Legend of Zelda: Breath of the Wild’s sweeping vistas and jokes abound regarding Pokémon’s previous outings on the console, but this feels like a distant memory when you can discern the faint translucency of Quagsire’s skin next to an illuminated flower. It’s very strange to think of Magikarp as a particularly beautiful Pokémon, but that’s exactly how it looks when submerged below the shimmering water of a jungle pool. Not every texture is rendered to the Nth degree - the Pokémon are still faithfully stylised - but the titular monsters have never looked better, including when the game is played on a television screen.

If there’s a primary limitation of the experience, it’s the pace of progression. The game’s initial generosity in granting access to new routes slowly but surely gives way to tasking you with revisiting areas for particular shots, often related to the Illumina phenomenon. There’s still some variance in the species that can be encountered even within the same level of a single location, but after three or four passes you’ll likely have seen all it has to offer, and that can become a slog when you’re required to repeat it three or four times more to unlock particular behaviours via Professor Mirror awarding your photos the necessary points to progress. It’s easy enough to mix things up by cycling through each location in turn, but there’s little escaping the fact that you’ll have to watch a pair of Cacnea get fruit stuck in their spines several times over to dig deep into the game's content. 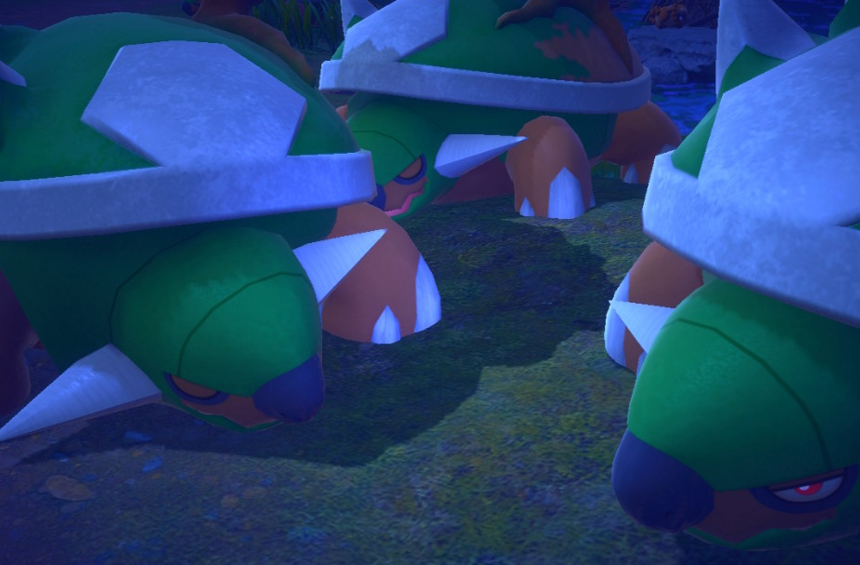 Furthermore, though the visual components of the game work well, the same cannot quite be said for the audio. The inclusion of voice acting has attracted some surprise and attention, but in practice the English voice acting is so token, timorous and ultimately superfluous to the game’s experience that it would be very little loss for it to be absent (and, in an idealised world, inserted into Sword and Shield, where the characters are far more important to the plot). The soundtrack is also disappointingly plain for a series that resolutely delivers great bangers, though it’s not a huge issue given how much of the player’s attention will be given over to events on screen. The redeeming feature in this respect is the orchestra of environmental noises, which do a very effective job of bringing each expedition to life even when the lens might be looking elsewhere.

Ultimately though, these are small blemishes in an otherwise delightful experience, and ill will after a couple of grindy treks will dissolve in the face of a Wailord breaching the water’s surface nary feet in front of the camera, soaking the player’s vision. This is a beautiful, gentle, fun adventure for anyone familiar with the franchise and a very easy recommendation for such a crowd. Those completely new to the series may be left a little underwhelmed by streamlined and slightly repetitive gameplay, but it won’t be won’t be long before the Lental region and its charming inhabitants win them over. 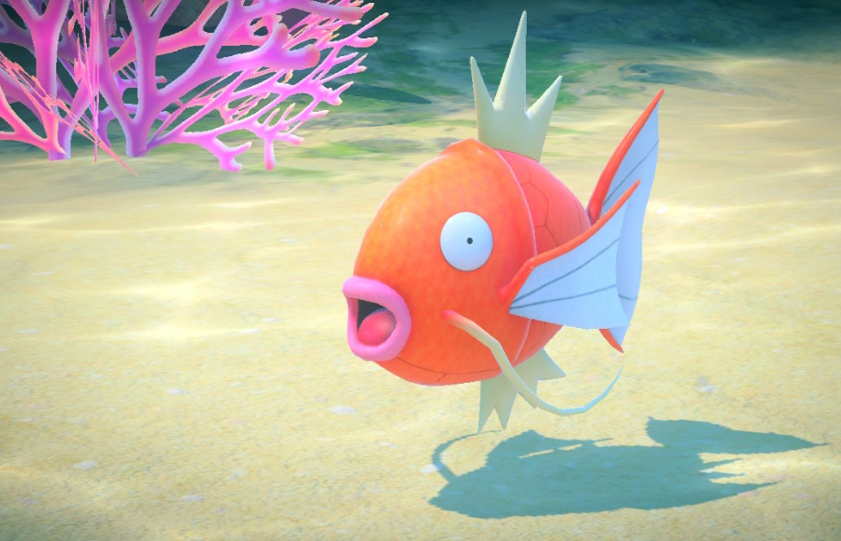 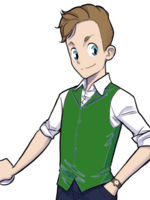 WyndonCalling
Forums Super Moderator and Bulbanews Writer
WyndonCalling is a UK-based contributor with primary interests in the Pokémon games and competitive battling. Outside of this, he can be found indulging in traditional games, history and politics.
More posts by WyndonCalling