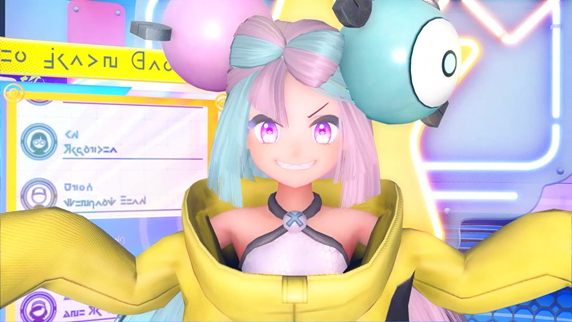 Lol, I love how Serena said she was excited for the gym battle just to be able to meet Valerie. The Furisode Girls looked awesome. I loved that they had all of them from the games appear. I loved Bonnie's Dedenne and Pikachu background she had when she did the proposal. Also nice to see another proposal, since it's been a while since she did one. (At least I don't remember one recently). Lol, I love how Clemont said he could get his own girlfriend and Bonnie asked “When?” so eagerly. That was hilarious. Also, Sawyer? WTF, I thought his name was supposed to be Scottie? Ugh, whatever. It also sucks that his dub voice isn’t as cute as his Japanese voice.

Ash and Sawyer’s battle was okay. I was surprised to see cool, bad-ass Hawlucha tearing up after smashing Bagon's rock hard head Frogadier was epic as usual cutting up Treeco's bullet seed before knocking him out. And it was great to see Sawyer battling with 2 of my favorite Pokemon (now just please evolve Bagon into the perfection that is Salamence and it'll be even better.

Wow, Valerie sure is...creepyinteresting. Talking to her Pokemon...like her Pokemon. And lol, Dedenne talk. Yeah... I love how Bonnie proposed to Valerie when Clemont wasn't even there. Moving on to the fashion show, those Pokemon themed kiminos were so awesome and stylish Serena and Bonnie looked adorable. And once again, lol at Clemont and Bonnie’s exchange during the show.

Now how the hell is that girl going to say “that boy in the front” when there are 3 boys in the front? Well, I guess Valerie knew who she meant. So Valerie would just give out a badge even though that wasn't an official gym battle? Cool. And wow, Ash remembered seeing Spritzee before? Awesome. Valerie's battle with Sawyer was too short for my liking, though I guess there's not much he could have done anyway so whatever. I love how Sawyer is constantly taking notes during battles. And wow, that was a pretty epic moment of Valerie walking past Ash. I love how Ash and his Pokes gobbled down their food that fast so they could go and train, followed by Serena, Bonnie, and Clemont to watch them.

Did....They suddenly change Scottie to Sawyer? Wtf? Anyway, I really did like this episode! It was a great intro for Valerie and Serena had some nice moments. I like that Ash is not putting his gym battle over stuff Serena wants to do first also. Great episode!

Hold on a minute? I don't think I heard the name Scottie in the debut episode. Was it in the Closed Captions?

EDIT: I found out that it was on the closed captions. I wonder why TPCI wasn't happy with Scottie between XY064 and XY073? Either way, I prefer Scottie over Sawyer.
Last edited: Jul 25, 2015

Valerie is certainly more interesting in the anime than the games, that's for sure.
D

JS3284 said:
Either way, I prefer Scottie over Sawyer.
Click to expand...

Sawyer is difficult for me to say, it screws with my tongue when trying to say it. Scottie however is less work on my tongue.

On another character I wouldn't feel so weird about Sawyer's voice, maybe it was just coming from the Japanese version that was the problem, he sounds twice as old in the dub. :/ I had a bit of a "WTF moment" when he said his name was Sawyer, lol.

I still found it funny that people were ok with Serena and Bonnie stopping mid-runway to talk with Ash and Clemont, and then they vanished from it once Valerie appeared. Bonnie has made a habit of that the past couple of episodes.

Generally liked this episode, I did like the fact that Ash was fine with letting Serena to do what she wanted to in particular, something that even earlier this series he was hesitant to do. Obviously getting to see Valerie and her Pokemon powers was nice too, thought her dub voice was good but there were a few moments where it felt a little odd.

Valerie vaguely reminds me of that guy from Johto who could talk to Pokémon--or, at least, he thought he could. (The ep was somewhat ambiguous on that.) Well, we've seen people display other powers, so talking in Poke-speak isn't outside the realm of possibility.

And apparently, the word "furisode" didn't make it into the dub. Even though anyone who plays the games should recognize it. At least there weren't any rice balls in this ep.

And Scottie/Sawyer, whatever his name is--for someone who's so excitable, his eyes make him look like a stoner. At least he helped Ash let out some battle adrenaline. And gave Our Boy a sneak peek of what's coming next ep.

Valerie's... kinda weird. Talking to Pokemon like that. Well whatever she's hella cute!

Better this kid screws up the Dragon on Fairy than Ash

Decent enough episode, now get to the battle!

First of all, this episode was mainly about fashion,meh...what can you expect as a guy? But is was acceptable I'd say.

However, there was one aspect that really bothered me in this episode, namely all that admiration for (a) Valerie and (b) Ash.
But let me go into detail:

Valerie
Admittedly, she's quite pretty but, oh dear, she's just a fashion designer and that's certainly nothing that would be worth making such a fuss about. Secondly, she was presented to be such an powerful trainer but I wouldn't really subscribe to that. Sawyer obviosuly is a rookie with little experience and, on top of that, used a Pokemon that was at a clear disadvantage against Valerie's Spritzee. Winning that battle sure wasn't a big deal, especially for a gym leader. So, in my humble opinion all that fuss about Valerie was way too exaggerated.
Ash
Yes, Serena, we all know that you've got crush on Ash. But you're slowly but surely making it too obvious. Admiring every single thing that Ash does sure is too much. Also, Ash sure can win a training battle against that Sawyer without you having to gobble down your meal.
But what bothered me even more was Clemont's reaction. I mean that guy seems to be a whiz kid and an acclaimed gym leader and he has to travel around with Ash almost as if he was his "disciple". Seriosly, Clemont? Do you have such low self esteem? I still doubt Ash can learn you more than you already know.

To cut a long story short, in my eyes there is only one character in the Anime who deserves all that praise and admiration (and you all know who I'm talking about) and Ash and Valeria certainly were hyped way too much today. That's what kind of destroyed an otherwise decent episode for me. 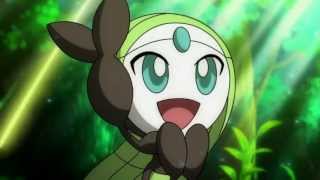 I liked this episode, I'm glad that Scottie - nope, SAWYER - is finally here in the dub (seriously, though, I like the name Scottie better. Moving on...) It's nice for Ash to have a rival that he has a teacher-student relationship with, because Ash is a really good Trainer in XY, and all of his other rivals are either even with or consistently better than he is. Serena's character is getting better and better IMO, I hated the way she acted in the first twenty-something episodes because her crush on Ash was getting in the way of her established personality in episodes 1-3. I like that she's opening up to the group more with the wittiness and excitement over various things - that's sort of been a Season 18 trend, and I hope they keep developing on that.