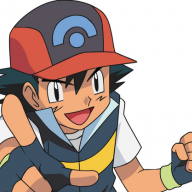 Rejoice! Eevee's original voice has been kept the whole episode. 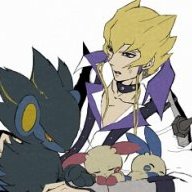 Am I the only one who was surprised that Serena didn't get a single question wrong?

Also, am I the the only one who thought the first question was about Fire Types, and not Fairy types? Must be the accent. 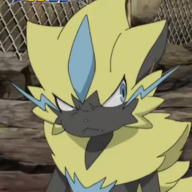 Bringing Nene back was completely unnecessary. Oh look, there she is then soon after, bye Nene! And she is gone for the rest of the episode.
At least her Farfetch'd is still awesome. I loved his face when she answered the Sylveon question wrong.

Eevee running off during the best performance. Go figure.....

And last of all "The people of Kalos have no taste!" I agree with you Jessie. You deserve a key by now.

Serena needs to suffer a loss she doesn't cry over.

Well, it seems they finally decided to just leave Eevee’s voice as it was. I didn’t hear any trace of a dubbed voice. I guess that’s good, even though I personally prefer dubbed Eevee’s voice. At least it’s less annoying.

Dang it, too bad Jessie wasn’t too late to register. Anyway, I know Serena was talking to everyone when she asked them to watch Eevee, but I really think her question should have been mostly directed towards Clemont. After all, it’s Bunnelby Eevee is most comfortable with. That said, I like how Clemont did sent Bunnelby out to sit with Eevee at the Showcase. Though I didn't get way she was so shy in walking over to him. And of course Chespin has to, once again, scare the crap out of her. I honestly can't even feel sorry for him with how obnoxious he's being.

I was thrilled to see Nini again. I always wanted her to make another appearance, but I never thought we actually would. Glad to see I was wrong. Though I am a bit sad to hear that she doesn’t have a key yet. Lol, Shauna just let Serena and Nini crap all over her talking about how they were definitely going to win. I also loved that they once again brought up Smoochum's crush on Pancham. I thought that it was a really nice touch that the girls got special caps and gowns for the quiz. Am I the only one who thought Ash's response to Tierno asking if Nini was their friend was odd? I mean, they only met her once before, yet Ash made it seem like they were besties.

I face-palmed so hard when Pancham tripped and dropped the ball during the quiz to which Farfetch'd got ahead of him. But Nini getting the answer totally wrong was even worse. Farfetch'd's reaction was hilarious though. Additionally, I thought it was weird that he chose to run rather than fly. I really like seeing how every quiz had different challenges, like getting berries and wall climbing in addition to the rock breaking. Oh, and I thought it was a really nice touch when they showed the Munchlax with Shauna’s group eating the berries instead of gathering them. Then again, who sends a Munchlax to go get food and expect it to bring any back

Wow, not surprised that Jessie had Meowth scale that wall instead of having Gorgiest just levitate up there. Lol. Anyway, I like that Serena and Braxien wore the same outfits they wore in their debut showcase. In a similar way, I also liked how Shauna and her Pokemon all wore the same type of bow. However, I was a bit disappointed with her Free Performance. She used the same two Pokemon we saw last time and Flabebe did pretty much the exact same thing. Jessie's, as usual, was weird as hell. Aw, poor Eevee was scared of the firework explosions.

Ok, I guess Bunnelby is just gonna stand there freaking out instead of going after Eevee. And wtf, Serena didn’t even wait to hear if her position would actually be switched. And wow, Eevee was "lost" for way shorter than I expected. However, I find it interesting that Eevee's shyness is so extreme that she wouldn't even run to Serena when she called her due to being afraid of the other people walking around.

I lol'd at Tierno's expression right before Serena started her Free Performance. And speaking of which, her performance was awesome. I'm so glad she ended up winning the whole thing. It was pretty cool that her key had water in it. I thought Tierno’s comments about Serena’s performance making him want to dance were slightly odd, only because his main theme is dancing anyway. Lol, Jessie, maybe it’s YOU who has no taste. Yeah, that’s definitely it. I really like that Tierno’s and Shauna’s reason for leaving had to do with Trevor. Hopefully we see them all together again soon. Aw, Bunelby waving with his ears at the end was cute.

Overall, a really great episode. Honestly, my only complaint was that Eevee going missing really didn't have much of an impact on the episode and felt really unnecessary. 8/10. 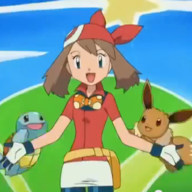 I guess I hadn't realized they were already in Anistar city the previous episode, but I'm pretty disappointed Ash didn't try to rush to the gym first thing and ignore the showcase.

I also think Serena should probably see some adversity at some point outside of a loss in her very first performance. She had no trouble at all in the first round (they through in one question she didn't get but there wasn't ever a question she would move on). I guess the Eevee thing tried to add a little controversy, but her actually being close to losing (or losing a performance) would do a better job of that. That aside, I think this was a good episode.

I still don't really know how to decide who did the best in the performance freestyle round, it was much easier to see who did better in contests and I still wish these were contests instead so there could be battles. The battles also did a better job of making the contest seem close, as the performance lacks head to head in the final round, so it is less adversarial. I liked how Braixen was dancing, but it seems a little unlikely that she could learn that much from Eevee in one night. Braixen looked much cuter in that outfit as a Fennekin.

I thought it was really cute how Eevee ran away during the fireworks and hid under the seats, but again it was a little strange that everyone just decided to look in the lobby instead of the performance hall and that Serena was in the lobby for some reason instead of preparing for her performance.

The Chespin/Eevee stuff continues to be hilarious, as well as Bunnelby/Chespin interactions in relation to that. Shauna continues to be pretty awesome, but it would be neat to see her secondary Pokemon get a little more development. I am starting to wonder if Jessie is going to lose all the events like she did in Hoenn or get lucky like in Sinnoh. Maybe James needs to cross dress again and win her one. 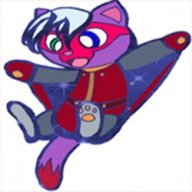 Pop quiz: what do you get when you take away everything that made the Japanese version of this episode terrible?

Seriously, this was spectacular. Twinklepaws finally had a consistent voice (though here's hoping Kayzie Rogers still gets a full turn in the future), and the music choices benefited this episode so much better than the original BGM did (seriously, the original BGM of Serena looking for Eevee was way too tense; you'd think the Showcase building was on fire or something). Not too tense, not too calm. As it ought to be.

Something that bugged me slightly about this episode was that after Ash said he'd watch over Eevee more closely, they all went back and sat in the same positions - not even swapping slightly so Ash would be the one sitting next to it, let alone the logical thing of having Ash sit Eevee on his lap.

The freeze frame at the end of the episode seemed odd too - the narrator seemed focused on Serena's journey, while it was just Ash on the screen. Usually they'd just use a group shot or something to stop on in cases like that.

I wonder what all the other questions were?

It was okay and the best show case so far but eh I'm not too into them really. Didn't think Serena had the best performance either, Shauna's was better and I'm sure the two girls we didn't get to see do one had the best ones ever. 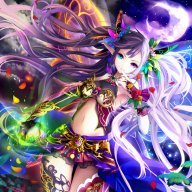 I think Nini's appearance is this was too short, they should of had take Shauna's place in this and leave Shauna out of it.