The episode is available on the iTunes Store in the US, Canada, and Australia. It will air on Disney XD next Saturday on August 19 due to the DuckTales premiere today. Please keep future events in spoiler tags.

I'm the first to comment in 5 days? damn son.

Ash battling... himself is pretty cool. Don't think I ever saw that before.

Ash keeps giving Rockruff the advantage with all these Normal type moves+Fire for Litten.

Turtanator playing with all the little Pokemon was quite the sight to see.

Heh, Rotom hasn't been keeping up to date with Pokemon news, Rockruff has three forms now

Interested in where that random sailor got a Blastoise from. Guess he's from Kanto, since I don't think the Sailor class is in SM.

Ash, you shouldn't be getting side tracked. You were told to buy those items!

Lol, that guy sucks in using a Normal type move against a Rock type. He not like, have Hydro Pump or something?

Huh well, I guess I was pronouncing Gladian's name wrong. Was going with like the Gla in Glalile.

Seems like Kukui's lab is easy to rob if Umbreon can just come in that easily.

Lycanrok having Stone Edge and Crunch over Rockruff's Rock Throw and Bite show Rckruff has a long way to go. That battle wouldnt have lasted much longer. Although it also has Counter. I refused Counter on my evil Lycanrok, cuz it's not really bulky enough to use it. Evolite Chanseys however...

Team Rocket were too easy to beat.

That evil Lycanrok was pretty cool with that Rockruff stroking.

Gladion finally makes his appearance and liked it. He was still edgy, but he definitely has a soft side and that against him and Ash was insane especially with the Continental Crush Z-move. We are going to be seeing so much more Lycanroc and Rockruff after this episode oh my goodness the little puppy has a long way to go. TR showed up and so did Skull, at least they're now aware that Gladion exists but for how long though? Anyways, pretty good episode I'll give this a 8.5/10.

Who's that Pokemon is Lycanroc (Middnight)

Wow, I'm actually rather gobsmacked with Gladion's voice. I was expecting just another typical Alain voice again (and we know how rollercoasty that voice was) but I'm impressed with the voice. Yes yes it's not all perfect and he's a little wooden at times but whoever voiced Gladion (And we'll soon find out once we get the cast list) you did pretty good.

Hmmm, Eddy Lee seems to be a new face. He was one of the Additional Voices for Your Name and is also Kuzzey in the upcoming remaster for Gundam Seed. Could it be possible that he's Gladion?

Eddy Lee? It's possible, the rest of the cast looks standard but him in particular catches my eye. In fact while I was watching this I should've thought Gladion sounded diffrent from the others.

Eddy Lee is certainly my guess for Gladion

Managed to watch the episode in full, felt sad listening to Umbreon now that Kayzie Rogers has left

I quite like Gladion, interesting to see how things go with him and Lillie

Riddle me this, James has become the riddler

I'm now going out on a limb and saying it's one of the TPCI actors.

Interesting, maybe he can't say because the episode hasn't aired on TV yet

Interesting to see what Lisa Ortiz gets back to me with

Could it be Ben Phillips for Gladion? I have no clue, but he seems like a new face?

Whoever it is (probably wrong anyway), their voice acting is okay: given the dub's "quality" these days, I definitely expected worse. Still, he's kind of monotone and deep in places that require more emotion imo at times, but all things considered, it's listenable.

SkyWarriorT said:
Could it be Ben Phillips for Gladion? I have no clue, but he seems like a new face?

Whoever it is (probably wrong anyway), their voice acting is okay: given the dub's "quality" these days, I definitely expected worse. Still, he's kind of monotone and deep in places that require more emotion imo at times, but all things considered, it's listenable.
Click to expand... 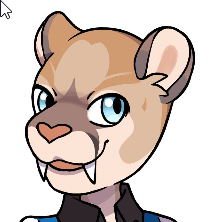 A dub that doesn't respect their voice actors enough to credit them, doesn't deserve respect.

I too liked Gladion's voice, although I agree it was a bit flat at times. That could, of course, improve over time when we see more of him. The stakes in this episode weren't super high, there wasn't much to express emotion over, so I give the flatness gets a pass for now.

Aside from that, this was a nice episode to actually be introduced to Gladion and get a bit more background on Lillie. The battles weren't really catching my attention, although I did enjoy seeing Gladion in action. I think he's got an interesting personality that over time can get even better if they develop him the right way.

Is it just me or did Ash and the co. say Lycanroc during the WTP without saying its Midnight Form? I know this is weird because in SM015, Ash, Kukui and Rotom say Lycanroc by its different form by Midday, of course. SM015 they used a Lycanroc (Midday Form), but here they used the same one by a (Midnight Form) without saying this form at all. This is also related to those that have an Alolan Form.

They never said which form which I agree is odd 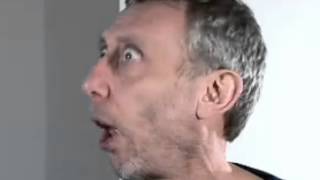 I thought Edgelord's voice was fitting~ And the episode was alright~ Nice to see Midnight Lycanroc in the Anime and I liked how he patted Ash's Rockruff on the head at the end.

I thought there would have been more, IDK, surprise factor around him being Lillie's brother and more about how he left than just, he wanted to train alone, but it's still pretty early in the series, so I wasn't expecting too much anyway.

Gotta say, Ash is annoying AF, tho, LMAO~ If I was Gladion, I would have pimp slapped him following me around for a battle~ I'm actually kinda surprised he agreed fairly easily~ Also a bit weird how Lillie didn't see Gladion walking away, even if she was far away. Like how did she not notice him leaving her line of vision as she was leaving?

I didn't care too much for this episode, mainly because it focused on 2 Pokemon that I really dislike. And Ash's dog annoyed the crap out of me so much it's not even funny. I did enjoy seeing Gladion's Lycanroc being in an Ultra Ball though. We need to see more Pokemon in different Poke Balls (especially now since that's one notable feature of Sun and Moon).

I would have hoped to see more interactions between Lillie and Gladion. They literally only spoke once in the entire episode. Also, based on what Lillie said, I can't understand why she thought Gladion was so different from previously. I mean, he was still kind to her. Sure he acted more distant, but it's not like he was some cruel, evil person. Oh well, only she knows I guess.

Anyway, the highlight of this episode for me was easily seeing Continental Crush and Ash getting the word to head to Akala Island. Otherwise, this episode was pretty boring to me. I'd give it a 5/10.