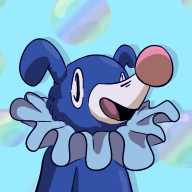 The episode is available on the Watch Disney XD site and app. Please keep future events in spoiler tags. 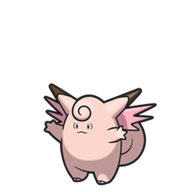 Here is today's Who's That Pokemon


There were two Pokedex entries today, Morelull and Shiinotic (Will Upload Soon) 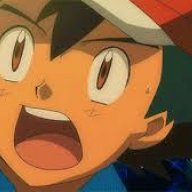 So I'm hearing the dub called potion a "lotion" today when it wasn't in Japanese as an error, curious if this is the case?

SkyWarriorT said:
So I'm hearing the dub called potion a "lotion" today when it wasn't in Japanese as an error, curious if this is the case?
Click to expand...

That is correct. Lillie called the potions "lotion" not once but twice. (I'll upload that one too)

theworldofkevinc said:
That is correct. Lillie called the potions "lotion" not once but twice. (I'll upload that one too)
Click to expand...

Thanks, Kevin, I appreciate the response.

SkyWarriorT said:
Thanks, Kevin, I appreciate the response.
Click to expand... 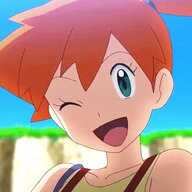 This episode was a little boring. I felt similar about it in Japanese, but I did enjoy the original slightly more. The dub really just loses something in translation. I feel like the emphasis on Ash helping out Morelull wasn't quite as sweet or meaningful as it was originally. It was still nice, but the impact just wasn't quite there.

I also felt like the VAs could've done a bit more with their voices when the characters' energy was zapped. Again, it got the point across, but I feel like it just wasn't as dramatic or as funny as it was in the original. Lana's was very good though. Every time she started telling the creepy story I laughed. I really lost it when they were wondering what the glowing was and Lana just kind of hauntingly mutters "spirits." Nice job by her VA this episode.

I do have to say, the visuals in this episode were absolutely stunning. Between Ash and the classmates looking so gaunt after having their energy drained, Lana going over-the-top, and of course that final shot of the tree with the blooming flowers and glowing Shiinotic...it was so visually appealing. I'd be willing to say this is one of the most stunning episodes in the series, art and animation wise.

Just a side note: this is a 2/XX for the dub in terms of how much Japanese music was kept.

I'd comment on the VA, writing, and such, but I'll just be beating a dead horse by now on my feelings on that and I realized that after martianmister talked to me, so I'll only comment on the music kept and if there's anything more unusual in that regard or script wise than what's expected these days. 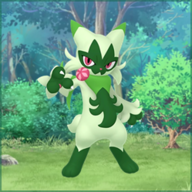 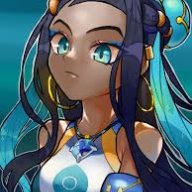 I was wondering about the Lotion thing, too, LOL~

Anyway, it was a pretty funny episode. Times like these are when the Anime's new exaggerated art style are at their strongest so it was pretty enjoyable.

This is off topic, but Lillie's voice always sounds so forced to me. Like no one would actually, naturally speak with that high pitched of a voice. If anything, I could see her sounding like that when she's scared, but it's ALWAYS like that. When she was talking about all the stuff she packed and it was just this constant high-pitched mess; I'm sorry, but why on earth do they make this woman talk like that 24/7?

Hate to say it but this was probably my least favourite Sun and Moon episode so far, found it rather boring
M

Man TPCi got roasted hard for this episode 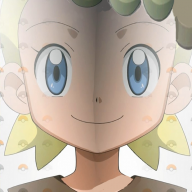 How can Potions be named as "lotions"? This doesn't feel right. lotions are a type of cream, but potion is a medical recipe.

Man can I just say that I love creepy Lana. She's so hilarious with all of her ghost stories and theories. I lost it at the "Lost Spirits" moment. That was just too funny. Similarly, Rotom continues to impress me with his detective skills. I mean, honestly, Lillie did make the most sense as a possible suspect. I totally forgot about her parasol, too. If it weren't for the obviousness that it wasn't her, I probably would have thought she did do it.

I like how we learned here that this was Lillie's first time camping, and I lolled at all of her backup stuff. But seriously, how do they mess up the potions with lotions. There was even a damn picture on the screen. I did however like the use of Max Repels. Idk why I'm such an idiot and never even thought that repels were used as a bug spray. I always imagined that the PC was spraying the air around them. I also liked that they gave Lillie her Poke Doll.

Morelul was so adorable. And Ash was really great to let Morelul just drain all of his energy repeatedly. This episode made Shiinotic look cute as well. Up until now, I've thought it was pretty weird looking.

This is episode was all right, I guess. The story line was rather bland and cliché, but all the little details they included about the characters through the camping setting were nice. We knew Ash was a big eater already, but he must have a bottomless gut if he chowed down six+ plates of curry in a row (and got hungry again shortly after). Lana has her ghost stories, Mallow has her cooking, Sophocles has a Kindle-thingy and a rechargeable lantern, Lillie can't cook and overpacks (where we see her bag, Repels and Poké Doll from the games) and Kiawe... Actually, we didn't find out a lot about Kiawe. Also, this episode was a visual feast by filler standards. Shiinotic is E.T. confirmed. 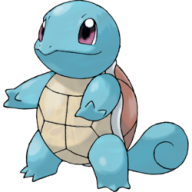 I do wonder how the potions/lotions errors came to be. I hope they fix it in reruns, although visuals aside, the joke makes sense either way.

Done some detective skills of my own based on the end credits, please note that admin won't accept this without real evidence

Lillie's legs must be in pain from kneeing on those rocks and surely Ash should know how to make tents after all these not years (cuz still 10) of sleeping in them in those 500 other regions. Unless Brock, May, Dawn, Clemont etc always made them and this is Ash's first time. That would be quite the revelation.

Lille bringing a change of clothes when she only wears one outfit. Weird. Although maybe she has one for each day of the week. Is that what everyone in anime land does?

I feel like that's abuse to the Chargabug, forcing it to emit electricity all night. Dammit Sopchles, that's destroying Ash's present and he worked so hard to get it!

Skinny Sopchles is the scariest part of this episode.

I guess everyone would've died had they not had food. RIP. What an evil murderous Shiiontic(?) ...Morelul, fair enough. Seems like this is the first time ever they've shown a Pokemon, then not told you it's name before doing the "Who's that Pokemon". I feel slightly ashamed I was unaware of the pre evolved form's name tbh. At least I know it's Grass/Fairy. Sludge Bomb it and you're all safe! I mean I knew Shiiontic was the fully evolved form, I was just unaware of the first form's name so said the one I knew.

Lmao I'd be scared too if I woke up and an angry owl and mouse were staring at me.

Lol at the Clefairy doll stumping Morelull. Also, Lille must smell bad if the Pokemon don't go near her. Wonder what max repels smell like... also, isn't it said that super repels are more cost effective when you get more than once? eh, who cares - Lille is being cute with her need for Clefairy doll cuddles.

There's nothing in Ash's head to suck away Morelul, it's a trap!

This is such an Ash thing to do. I guess it'd be one way to eat as much as you want without getting fat... Ash should've gifted that as a gift and not Chargabug. ...oh, he got fat.

Seems like this Morelul is the Pokemon version of Ash. Shame he wont catch it making this episode pointless.

Pokemon sure do like having 500000 Pokemon evolve at once.

If Ash had caught it I wouldn't have minded the episode but since he didn't, this is one of the more bleh filler episodes we've ever had.

Seriously, what's with dub's female voices, they all sound terrible. 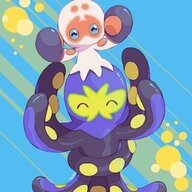 A camping episode? That's sure to be interesting to watch.

Oh Lana! Y u so fascinating? Seriously, her antics are just too cute and exciting to watch. And I am sure there are pretty more to come.

That's a lot of food! Also, that Lampent lamp! I wish I had one.

I legit awed when Lillie mentioned what all she had brought for camping. That's so cute and naive of her.

Kinda strange that Lillie was the only one not being affected by hunger problems. That Mallow-Rotom Dex interaction was priceless.

So, a Morelull was after all this. That explains it.

Ash and Morelull's interaction was so cute, and funny at the same time.

So, the Morelull were draining everyone's energy to evolve into Shiinotic and promote the growth of the tree. That's nice. This scene kinda reminded me of Promoting Healthy Tangrowth! for obvious reasons. That Shiinotic-Ash interaction was beautiful.

I chuckled at Lillie's stomach grumbling.

A cute and funny episode. Morelull and Shiinotic are one of my favorite Generation VII Pokémon, so I really loved watching this.