The episode is available on the Watch Disney XD site and app. Please keep future events in spoiler tags.

I'll be quite curious to learn who voices Geodude this episode

Who's That Pokemon:
View: https://www.youtube.com/watch?v=EOdHnx0IquM&feature=youtu.be

This must be the first Sun and Moon episode that Justin Anselmi is credited in, I'm guessing he voices Geodude

Kind of a dull episode, the Stoutlands are pretty cool however.

BigDocFan said:
This must be the first Sun and Moon episode that Justin Anselmi is credited in, I'm guessing he voices Geodude
Click to expand...

He's actually fairly good, surprisingly, if it's him: I didn't like his take on Shauna's Ivysaur voice at all, but this was a pleasant surprise: I think he forced the "G" too much, though, but it's serviceable, especially considering the dub's acting "quality" nowadays (which I don't have positive feelings about) imo.

That aside, Stoutland's dub voice is pretty...derp-y to me...and I can't believe this is the 6th episode for the Sun and Moon dub to keep just 1 piece of Japanese music according to fans, Title Card/Follow Me...making this Season (20) the one with the most 1/XX eps individually of any dub season so far. 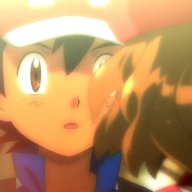 Okay episode at best for me, also due to the fact that for some reason I cannot find myself being too fond of Lana.

I'm not a fan of the whole "Ash always fails at catching pokemon normally unless it's a flying type" thing. But it's nice to see him have interest in doing so and another Electric type at that. 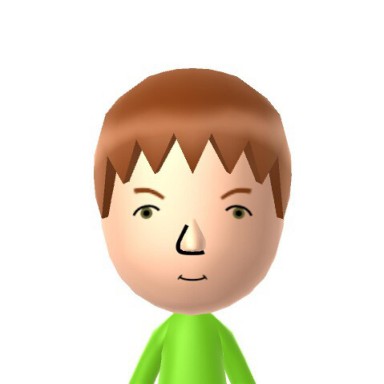 This episode had more substance to it than the last one, but it still felt pretty pointless until the end. Lana found a Sparkling Stone, yaaay. And they dedicated an entire episode to it. Like, I appreciate the show trying something new with this slice-of-life format, but this task in particular was too mundane to be enjoyable. But there were a few gems:
-Stoutland reminding Ash of Litten's caretaker (I was worried they'd overlook that), while the Big-Hearted Pokémon subsequently drags down his pants.
-Now that I mention it, I did like that they gave all of the Stoutlands their own unique personalities. They could have easily made them all wooden plot devices.
-It was also pretty entertaining watching Mallow, Lana, Kiawe and Sophocles fanboy/girl over their respective interests.

This episode was cute. Nothing too crazy or overly impressive, but a nice enough distraction for 22 minutes.

I like that the Stoutland each classmate chose kind of represented the personality of the classmate, except of course for Lana. I really adore her and if I had to pick, she'd be my favorite female companion this series, and very close to my favorite overall. She's got a soft voice and a small stature, but isn't afraid to get in on the action and stand between some danger. I think she's very compelling and I do tend to enjoy episodes that focus on her solely because I find her to be such an interesting character.

Ash continually finding shards and Rotomdex repeating the same thing over and over again was pretty funny. So was the Stoutland pulling off his pants while he was distracted. It was nice that they brought up Litten's Stoutland, though. I would've been ticked if they omitted that given the circumstances.

I thought the voices in this episode were pretty good. Lillie sounded a bit better than usual; not as high pitched. I actually think Sophocles has one of the best voices in the series; very convincing and fitting for his character.

I'm sad that Ash isn't triggered by the 5000 Stoutland. I do hope he doesn't let Litten out today, it would be way too soon for the poor cub.

So they're going by colour of the seat I suppose.

I also knew Ash would go for the tongue one.

LMAO Underwear Ash! fan service for the ladies! At least he was wearing boxers I guess. Isn't that technically peado stuff tho

Lille looking good. Random clothes change though. And poor Lille, she's so scared. If only I could comfort her.

I hope he gets a green and yellow shard too.

As cute as Lille is, I hope Lana wins this one.

Spamming random keys makes the webpage scroll down? lolwot. also if there's an Internet, all the Pokedex info would just be on there. I guess it helps when you point and it tells you and in kayfabe there's millions but ehhhhhhhh still, Pokedex seems outdated with the Internet

No Yellow Shard. Sucks to be you Ash. Why do Mushrooms beat shards? like, Mushrooms grow in the ground, they aint exactly hard to find are they?

Crainidos head. Damn that's some pretty grim stuff, decapitated head. With that and naked Ash, are we sure Pokemon is for kids?

They should just go to the shops, buy stuff and say they found it. Easy points, no one would know.

A Poplio shouldn't beat a Garbordor, so that makes sense.

Aloloa Geodude is 20KG and Ash lifted it like it was nothing. Jesus Christ son. I mean he did lift that Tree once but I figured that was non canon by now.

Even with the Neutral/Mid attacks, Pikachu should've killed a first stage Pokemon... plus he killed like 500 Geodudes before and they were Ground!

Lana should've been DQed for taking so long but I guess they don't care.

Yay Lana won! I guess I also predicted it lol.

Ehhh Uneventful episode. At least we got some fan service. And I don't mean Ash, I mean random Lille costumes.

I didn't think it was possible for me to hate Stoutland more, but this episode nailed it. I like that they gave some of them all different personalities, but those personalities were awful. Ash's was gross and annoying, Lana's was a massive jerk (and saving her from Garbagemon did not make up for that), Lillie's was a minor jerk, and the other three were just boring. But honestly, it boggles my mind that Oliva thought sending such a unruly Pokemon with school kids for a game made any sense. Lana could have been hurt by or because of that disobedient mutt for petes sake. Also, how coincidental is it the everyone just so happened to pick a Stoutland who's saddle color matched their signature color

Anyway, for a Lana episode, this episode didn't give her nearly enough focus. Sure she got a sparkling stone and possibly later a Z-Ring out of this, but that's it. Instead of giving so much time to Ash and his pointless shards, they should have been showing Lana struggling with her jerk mutt. Her entire situation just felt rushed and forced.

Now for the things I liked: I liked how Lillie's hair was styled in this episode, but I didn't like how they made her entire segment a joke about how long it took her to simply get on Stoutland (especially when they could and should have been focusing on Lana). I liked that Kiawe found two fossils, but I just wonder if he's gonna keep them. I thought it was sweet that Popplio tried sniffing out treasure for Lana when Stoutland wouldn't. And Togedemaru playing with Stoutland's mustache was cute.

So as a Lana episode, this failed, which sucks since she really needed one. As an episode in general, it was just decent. 5/10.

Not sure why the Stoutland Lana chose was even an option. I mean, if its ride capabilities are not up-to the mark, shouldn't it be replaced by someone reliable?

Lillie struggling to get onto Stoutland tho.

So, for the mid-time evaluation, Ash manages to obtain Red, Green and Blue shards (nice seeing them, BTW), Mallow gets Tiny Mushroom and Big Mushroom, Kiawe gets a Skull Fossil(!) , while Sophocles and Lana get nothing. Sophocles claims to have a plan, though. Let's see how that works out. As for Lana, hopefully her Stoutland doesn't just spend its entire time eating berries again.

Hmm... So the Stoutland just decides to take a nap, instead of performing its duty. That's messed up!

So, Stoutland finally listens to Lana, thanks to that Garbodor encounter. That's great! Now let's see what they end up finding.

The flashbacks scenes of Lillie was a cute touch.

Ash rekt'd by Alolan Geodude. Nice seeing it in the anime.

Good seeing Lillie getting over her fear of Stoutland.

So, Lana obtains a Sparkling Stone for herself. That's awesome! Wonder when she will get a Z-Ring.

All in all, this was a decent, well-written episode. Treasure hunt episodes like these always amaze me, and this was no different. I'll give it a 9.8/10.

Just wanted to make a point I noticed in the dub of this one: there's a lot of age inappropriate dialogue rewritten by TPCi in the dub from the Japanese Version for characters, like "They're so delish" from Mallow, "That's the breaks" from Sophocles, "Upsie Daisy" from Lana, and such in this one, not to mention it makes "The Saffron Con" seem like it had less cues seeing as I counted how many different ones there were in this episode and it's a minimum of 300+ different cues of dub music here, but this episode's dub music was particularly noisy, honestly never quite heard this much of it spammed before.
You must log in or register to reply here.
Share:
Facebook Twitter Reddit Pinterest Tumblr WhatsApp Email Link
Top