Shiny Pokemon That Look Exactly Like Their Normal Counterparts 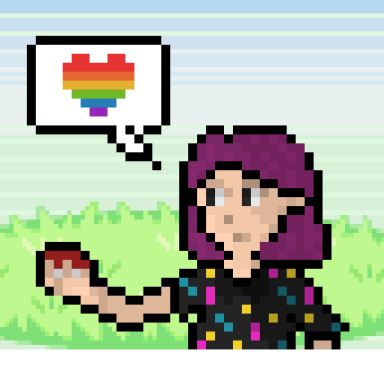 Stranger than you dreamt

I guess if you look at the red in the middle, the shiny version's looks a little more orange, and the blue looks slightly darker, but there's no way anyone could tell which was which unless they had a side-by-side comparison.

I prefer shiny Pokemon that actually look like they're shiny.

Personally, if I ran into a shiny Gible, I'd feel jipped. Sure, the Pokemon's still shiny, but it looks almost exactly the same... so what's the point? The whole idea of having a shiny Pokemon is having a Pokemon that's a different color than the original...

See? Orange vs. Purple; it's easy to tell which is which here because shiny Magcargo is clearly NOT ALMOST EXACTLY THE SAME.

I don't understand why the designer of the rest of the shiny colorations couldn't make a visible difference between normal Garchomp and shiny Garchomp. Did he just get lazy? He could have made it any color in the world and he decided to make it so similar it hurts my eyes trying to differentiate the two.

Yeah, I've always felt that if the only variation between a Shiny Pokemon and the originals is only a slight darkening or lightening of the original color pallet, it's really not a Shiny.

Stranger than you dreamt

I know. Shiny Raichu just looks a little sunburnt.
B

And WTF seriously that garchomp is shiny?? xDU
R

What? Those are very easy to tell apart.
M

I agree. If they're gonna make shiny Pokémon, may as well make them totally different. Scyther really pisses me off too. I thought it'd be cool if they made shiny Scyther red, but instead he's a darker green. Not as bad as Garchomp, but still messed up.
K

That's why I have never evolved the Shiny Geodude I came across early on in my Platinum. I LOVE that it's basically a golden nugget. The fact that Golem is only kind of orange-ish is annoying.

Nugget Geodude shall remain the way he is. Kthnx.
E

Scyther. Couldn't they have made it a different color at least?

now's the time to shine

Blissey and Blissey: Take a guess which one is shiny

edit: while we're at it:

No mention of Leafeon?

I think mabye the whole point of shinies is to make them look shiny, and they just got carried away.
K

Never gonna give you up

Quite? You mean Major

How can you not know the difference


coolking503 said:
Blissey and Blissey: Take a guess which one is shiny

edit: while we're at it:

Blissey's shiny is lighter. And I doubt you can't tell the difference between shiny and non shiny Snover


Envoy said:
No mention of Leafeon?