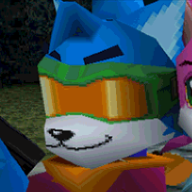 Hey everyone, so I'm in a Discord server for the webcomic Sleepless Domain, about an isolated city plagued by monsters at night, and defended by a legion of magical girls (the comic itself can be found at this link if you're interested, for context for the stories I'll be posting here). And part of that Discord is a regular series of writing games from the users, based on various prompts from the hosts. And I'm actually really proud of most of these, so I'm gonna be posting them to the workshop as well. I'll space the updates out a bit, so they don't flood in all at once, and then I'll just update every now and then as we do more games. Posts with stories in them will be threadmarked for easy browsing.
Fight With The Flamefoes

So, the first one I'm posting is one with my own OCs for the setting, rather than any of the canon characters. But I figured it was the best one to start with since it's probably the closest one to the source material in terms of content. This one spawned from a prompt of using one of the server's bots to randomly generate a concept for a monster from the setting, and write a story about a monster you come up with based on that concept.
Fight With The Flamefoes - Starring my OCs: Team Guardian! 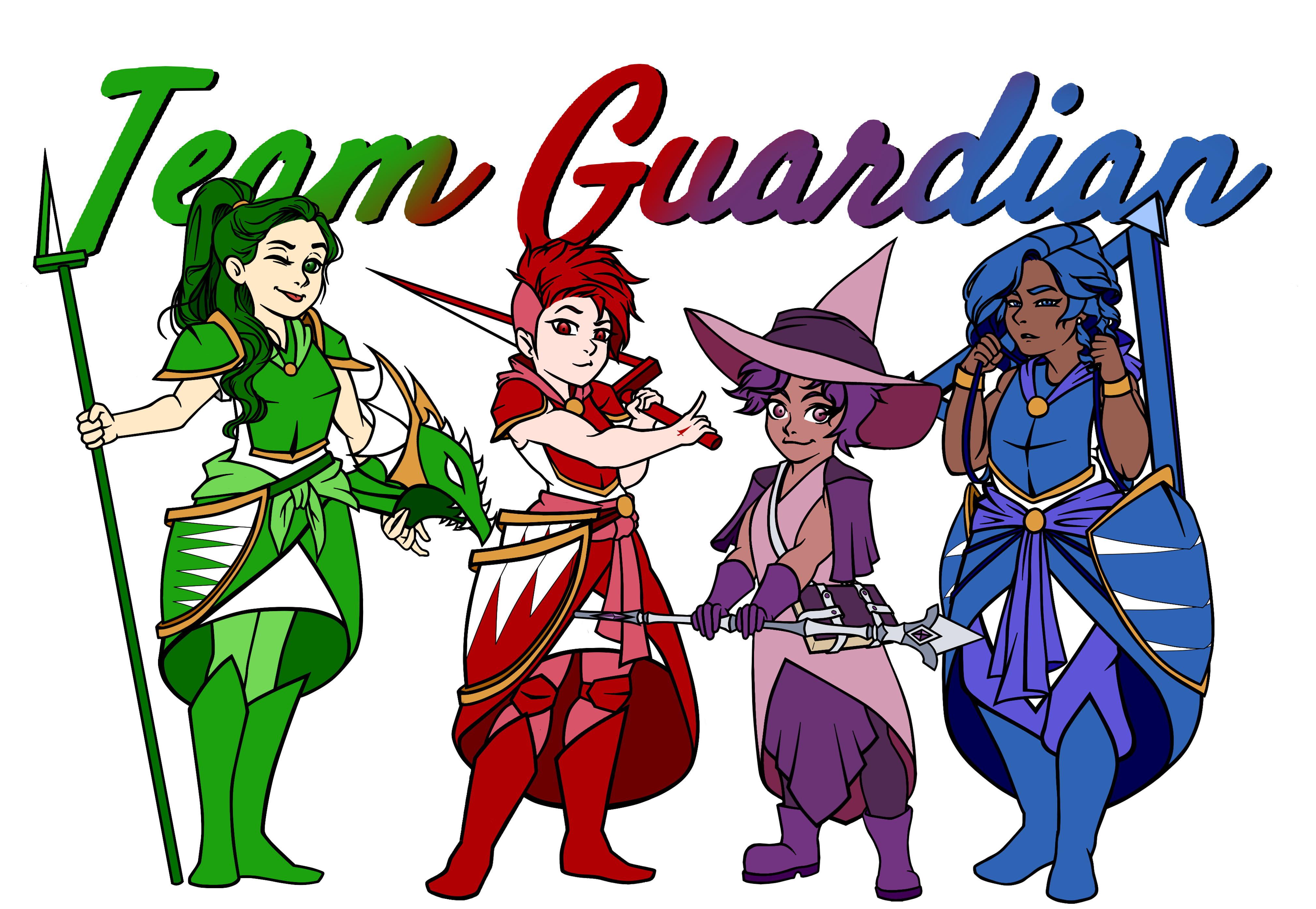 “There they are.” Polly, also known as Magical Girl Guardian Spear pointed as they approached. Before the team stood a group of fiery human-shaped monsters, nine in total. They stood just shorter than Polly, with incredibly wide limbs.

“Well, let’s get started.” Bella, or Guardian Sword, summoned her sword and threw it towards the nearest monster. The sword then proceeded to soar straight through the monster’s head, simply parting the flames that made up its body. Bella’s face dropped. “Ohhhhhhhhhhhh, that’s not ideal.” She summoned her sword back to her hand and dropped into a ready stance as the horde turned to face them. “Any ideas?” She asked back to her team.

“W-well,” Elaine, Guardian Shield, responded “it kinda took a second for its head to come back, so maybe if we just… Hit them a lot then they won’t be able to pull back together?”

“Good a plan as any, here they come! Break and keep them off of Marilyn!” The three of Bella, Polly, and Elaine broke off in three directions, each taking the attention of three of the nine Flamefoes. Meanwhile, Marilyn, Guardian Staff, held back, flipped open her book, and attempted to locate the spell she’d skimmed over earlier. Bella slid along on her back and slashed at the ankles of the three she engaged. She then jumped back up onto her feet and began swinging away. The forms began to waver as the attacks continued, but Bella quickly found that the longer she spent close enough to attack the Flamefoes, the more and more the heat radiating from their giant, grasping hands became overpowering. “Ow… Owwww… Ow HOT HOT HOT!” Bella cried as she retreated, the forms of the Flamefoes pulling back together and stabilising now that they were no longer under attack.

“Seriously…” Elaine said, holding her enlarged shield between herself and the three Flamefoes she was facing. “I can barely stay close to them…”

“Hmm, let’s give this a shot.” Polly said, stepping back from the three Flamefoes she was fighting. She positioned her hands on her spear’s shaft and pulled on it, stretching it out. Now with some additional reach, she continued hacking at the fiery enemies, safe from their heat. Once they weakened, she dashed forward and twirled, turning the three into mere embers. “Yeah! Demolished!” She yelled, striking a victory pose.

“Uhhhhh… Guys?” Elaine called. The Flamefoes in front of her started to twist and convulse, growing additional limbs, before splitting in two, creating three new Flamefoes to replace those that were defeated.

“Guys I’ve got an idea!” Marilyn called. “Just get them all in one place!” She began concentrating energy and waving her staff in the motions advised by her book.

“Hey! Over here!” Bella called, waving her arms as she backed away from the three Flamefoes still in front of her. “Come get me!” The Flamefoes lunged at her and attempted to grab her, only for her to duck further away. At the same time, Polly dashed to join Elaine, who was also stepping back towards Bella while holding her shield against the six approaching Flamefoes. As the trio’s backs touched, Polly reached an arm around Bella and Elaine’s torsos, knelt down, and leapt high into the air, landing on a nearby rooftop. With the Flamefoes all gathered together where the other three had just been, Marilyn pointed her staff towards them, an intricate snowflake formed in front of her.

“ARCTIC WIND!” She declared. The snowflake burst and a frigid gale swept the area, consuming the Flamefoes. Within moments their forms flickered and faded, consumed by the roaring cold. Marilyn halted the storm, as all 9 Flamefoes vanished. She shot a thumbs up to her teammates on the roof, returned by Bella, still in Polly’s arms.

Exact same game as the last entry, randomly generate a monster and write a story using it. Decided to go with something a little different for this one, though.
The Monster Manual
An illustrated guide to observed monsters within The City
187th Edition​
Elaine opened the tome in front of her and flipped to a random page, predictably greeted by a photograph of one of the many monsters that roamed the streets at night. This specific beast looked humanoid…ish, but it clearly towered over the photographer as it bent down with its long, spindly limbs, reaching for something out of frame. It appeared somewhat feline, as indicated by its fangs, ears, and the long tail trailing behind it, but also bore a number of aquatic features, such as the jet black fins lining its face and scales covering its body. Across the page was the text for the entry.

Name: Panthersnatch
Rarity: Very Rare (Previously Extremely Rare)
Special conditions: Tall buildings
Special abilities: Tranquilising claws
Observed behaviours: Panthersnatches always appear in groups of three. Unusually, Panthersnatches show no signs of aggression towards buildings or other structures, and simply wander the streets where they appear until they encounter a Magical Girl. Once they locate a girl, they do not attack in the traditional sense, but instead attempt to pick her up in their hands. Once they have a girl in their grip, they will dig their claws into her body, instantly sedating her. As soon as one Panthersnatch has claimed a victim, all three will flee the scene, using the tall buildings to obscure their forms, and weaving their paths in and around each other, presumably to cause their pursuers to lose track of which Panthersnatch has the girl. If the girl is not retrieved within a few minutes, all three Panthersnatches will vanish behind buildings, along with the girl. No girl lost in this manner has ever been found.

Elaine sighed and closed the book. This was the kind of thing she’d have to fight if she went out at night? How did other girls manage?
The Time Is Now 2AM

After a bit of a delay, the next story I'm adding to the collection is from a prompt to depict the lives of normal, unpowered people living in The City the comic is set in. How does the average person live in this city of Magical Girls defending everybody from the monsters in the night? My first story from the prompt did still center on somebody very close to one of the girls though.
The time is now 2AM


“The time is now 2AM. The inner barrier will deactivate shortly. Please make sure the streets are clear of monsters, and be careful on your way home.” The nightly announcement played over the speakers set up throughout the streets. It was meant for the girls, of course, out there fighting to defend the city, but Michael heard it just the same. He simply lay there awake in his bed, watching the ring of light around his window fade as the barrier receded. He rolled onto his side, no closer to sleep than before.

Time passed in pure silence. He didn’t go to sleep, or even attempt to. His mind was far too preoccupied. He rolled back over and glanced at the clock sitting next to his bed. 2:30. This was longer than usual. Had something happened? Did she end the night farther away from home than usual? Was she just spending some extra time chatting with her teammates before heading home? Had things gone poorly? Was she lying face down on the pavement next to the others somewhere, bleeding out, or worse, already dead? He lay there, motionless, his mind racing with the terrifying possibilities. Minutes passed that felt like hours, until he was jarred out of his thoughts by a light jingling at the front door. He finally let out a sigh of relief as the sounds of light footsteps came down the hall, followed by the quiet closing of the door next to his. She always tried not to wake him. Michael rolled over one last time and closed his eyes, finally content in the knowledge that Bella had come home safe for another night, and drifted off to sleep.
Just Like Her

The second story from the Lives Of The Unpowered game. This one really just came from the desire to make something cute and sweet.
Just Like Her

Young Thomas sat in his seat in the salon’s waiting area. Well, perhaps ‘sit’ was a generous term, given how excitedly he was bouncing up and down. He’d finally grown his hair out to the right length, and it was finally time to get the dye job done.
“Thomas?” The stylist said as she stepped into the waiting area.
“YES!” Thomas shouted, standing straight up and raising his hand. “THAT’S ME!” The stylist chuckled.
“Alright then. Just come with me and we’ll get started.”

Hours passed as he sat in the stylist’s chair, somewhat longer than he should have taken, given how frequently he bounced around and generally made the stylist’s life difficult. Though, to her credit, she took it incredibly well. Finally, after a few hours, the work was done and Thomas looked at himself in the mirror in front of him, a wide smile breaking out upon his face. His new dark red hair, shifting lighter towards the tips, combined with the long, flowing red and orange clothes he was wearing. He looked just like her. His hero: Melty Flame.
Threadmarks
Reader mode

EVERYONE: Pokemon: The First Steps

Drifter here, drifting in for the first time!

TEEN: The Adventures of Captain Miracle - Book One: First Flight