An exact tie....come on guys, ties are lame! Lets keep voting.
A

Sableye. Easier to get. And I'm still a little bummed that Spiritomb wasn't a Gastly evolution. Although Sableye is an infinitely superior battler.
S

"Those are the Sableye, Dusknoir's jailers and executioners. They do all the dirty work." -Grovyle, paraphrased, PMD2

Definitely the Sableye for me. Those little guys were some of the most interesting pokémon of Gen III, and their role in PMD2, especially when they helped Dusknoir in fighting Primal Dialga in Sky, made them one of my favorites.

Haunter and Gengar took that spot ages ago. 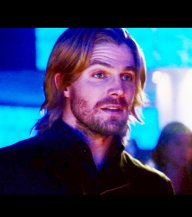 Spiritomb would probably win in a fight, but I like Sableye slightly better. I never really liked Sinnoh, and Hoenn was my favorite region. I also think Sableye has a better design.
E

To all the responses claiming that Spiritomb is stronger: Sableye now has Mischievous Heart. This means that it can launch non-damaging moves like Will-o-wisp, Calm Mind, Taught, Substitute etc with priority. Spiritomb, on the other hand, is usually forced to take a hit before doing anything. So because of this new ability, Sableye is often actually considered better than its Ghost/Dark counterpart.

Sableye. He has a better design and he eats precious stones! Sableye definitely.
L

Sableye can wreck with Confuse Ray and Mean Look. What a beast! It's Trickery is a nice (duh) trick. And with Night Shade, well--it has reliable tricks all around. Mischievous Heart makes it.
R

When I first saw Sableye I really like it. It's design was really cool and I like how it eats stones like a Goron (though Gorons are cooler). I didn't even know it had no weaknesses until the next Gen, and if I knew I probably would have put it on my team.

When I saw Spiritomb I loved it. The first Pokemon with no weaknesses (in my mind) and it was actually very hard to get. Very worth the effort I thought when I finally got one. It has a pretty good move pool and decent stats, so I go with Spiritomb. It has a better back story or whatever.

I'll vote for Spiritomb. Its design's quite unique, in my opinion.

I love 'em both, they're quite awesome. D: But the Sableye, Dusknoir's groupies, make me like 'em a bit more. They were going to tear the player, partner, and Grovy into shreds. That is hardcore too. D8
M

Sableye has an epic design, but Spiritomb is stronger. My vote for Wondertomb.
S

I have a soft spot for Sableye, because he was on my Emerald team. I think he suits the 'Dark' portion of the typing better than Spiritomb as well.
M

I voted Sableye because of their gems and because they're Dusknoir's homies.

Well, I like both Spiritomb and Sableye, but Spiritomb gets my vote. It has a creepy face, better defenses, and a very awesome battle cry. Sableye is just a cute ghost/dark type that doesn't give the eerie feel Spritomb does.
I

I find Spiritomb a really, REALLY intriguing pokémon.
At least, in regards of its design...
It's a ghost type, and all ghost types have some range of creepyness... But Spiritomb really manages to give a feeling of an evil ghost of pure hatred.

Also look at how is it. It is an stone, with a ghastly, ominous shape from it with just a wicked face. It's backstory says that it is 108 (A number pretty unsettling in itself) malevolent spirits merged into a single being, and outright state that it is evil enough to had been sealed.
Awakening Spiritomb is pretty much doing the Pokémon equivalent to black magic.

Sableye just doesn't stand out to me nowhere as much. Though it gets merit from threatening to kill the player like that, and the whole shadow with shining eyes imagery. They look pretty nasty and dangerous in-universe.
G