Mr. Warrior said:
Here's something interesting:
Even though Torchic, Chimchar and Tepig evolve into Fighting-type Pokemon, they learn absolutely no fighting-type moves via leveling up. In fact they learn moves like Peck (Torchic) and Smog (Tepig) at relatively low levels without evolving into Flying or Poison types. So the moves Chespin, Fennekin and Froakie used in the trailer may have nothing to do with the types of their evolutions.
Click to expand...

Torchic learning Peck makes a ton of sense he IS a bird... as for Tepig... don't several Fire types learn smog?

Articwolf10 said:
I wouldn't say overdone... the only other Fire Fox is the Vulpix line... and there's roughly a 15 year gap between them...
Click to expand...

I think he meant overdone in general, not only in Pokémon. You can see a fire fox in a lot of games and anime.
Click to expand...

its a culture thing I think... fox's in japan are often affiliated with Fire... (I still think Ninetales should've gotten Illusion)
Click to expand...

Or (with Ninetales' Pokedex entries hinting at Psychic traces in its trivia) the Vulpix line should have been partially Psychic. Perhaps we will see this with Fennekin's line.
Click to expand...

Fenneken did use a psychic attack so... I do see him being Fire/Psychic...
Click to expand...

Am I the only one who thinks that the move Fennekin used was not necessarily a psychic move, but a stat altering one with a pink animation to represent that? They've used similar animations in the past when stats have changed, so I'm not completely positive it was a psychic attack.
Click to expand...

Certainly looked Psychic... I doubt it was a stat move since it seemed to damage Kirlia... it honestly looked almost like Psybeam
Click to expand...

I'm not trying to argue, but in games that have used 3-D battles in the past have had Pokemon stagger after having stats lowered. Like I said, I'm not trying to argue(I actually agree that the move looks very much like Psybeam), but I don't see why people are so quick to be over-asumptous, its just another possibility.


Articwolf10 said:
Torchic learning Peck makes a ton of sense he IS a bird... as for Tepig... don't several Fire types learn smog?
Click to expand...

I'm not saying that Fennekin's evolutions won't be part Psychic-type for sure, but there are a lot of Pokemon that learn Psychic-type moves without actually being Psychic-type themselves and vice versa.

The attack against Kirlia did seem kind of beam'ish. But there are also plenty of beam-like attacks that aren't even of the psychic type. The move could very well just be Dark or Ghost type. What if, for instance, if Fennekin ends up being Fire/Ghost or Fire/Dark instead? Even if it is a psychic type move in the end, some Ghost and Dark type Pokemon can learn Psychic type moves. And let's not forget Vulpix and Ninetales, both are pure Fire type yet are capable of naturally learning Dark and Ghost type moves as well.

Another point I would like to make, Fennekin was attacking a Kirlia. A Psychic type move would not be very effective on Kirlia, but it's weak to Ghost and Dark type moves. The other starter Pokemon also all, presumably that is, used moves that would weaken other Pokemon (which may also hint to their dual typing). Chespin used an Absorb-like attack on Magikarp, it also attacked a Golett with what could have been a dark type move but it goes by too fast for me to really see (Fake Out, Pursuit, Faint Attack maybe?). Froakie used a Water Gun (it looks more like a water attack to me than ice) on Pansear, and did some sort of physical move on a Patrat that I would assume is fighting type. The only odd one out is Fennekin attacking Munchlax with a fire move, but everything else got attacked by something they are weak to, if we are to assume the moves right.

But even then, why the hell would someone be stupid enough to attack a Kirlia with a Psychic type move, if it even is an attacking move, when it wouldn't be very effective? That's anti-climatic. I'm calling it now, it's either a Dark or Ghost type move.

But in the end, there's several possibilities that I think it's just too early to really say anything about Fennekin's final typing yet. Same with the other two starters as well.


Isamu Akai said:
Froakie used a Water Gun (it looks more like a water attack to me than ice)
Click to expand...

Isamu Akai said:
Froakie used a Water Gun (it looks more like a water attack to me than ice)
Click to expand...

I suppose it does look jagged enough. Okay, then Pansear and Munchlax are really the only odd ones out then, unless Golett also counts but that's still difficult to tell. Either way, I still think Fennekin's attack is Dark or Ghost type, or could very well be something else.


Reila said:
Indeed, but it still is Water Gun
Click to expand...

Looks like snowflakes combined with a frosty mist alternatively. Meaning it could be icy wind
S

Or it very well might be a new water type ability that has a chance to freeze the target.
P

Isamu Akai said:
Okay now I'm getting confused, which is it? Wyvernphlare is right that it does look kind of jagged. Though in my mind, it looks like both a liquid stream and a mess of jagged shapes, which could have also been splashes, which is why I thought Water Gun at first as well. But anyhow, I'm getting confused now as to which it is.
Click to expand...

Well, I think it is Water Gun or a new move (variation of Scald). I stated the reason for my thinking on my previous post. I mean, why would only Froakie not use a move related to its respective type? It may not be Water Gun, but I don't recall any Water move that have snow flakes going on along the water stream. A Ice move that looks like a jet of high-pressure water? I don't remember any.

I don't think it Icy Wind, as mentioned by Wyvernphlare. It doesn't look like wind, at all.


Solacen said:
Or it very well might be a new water type ability that has a chance to freeze the target.
Click to expand...

On other words: A variation of Scald.
Click to expand...

Maybe, even a signature move to Froakie and it's evolutions


Wyvernphlare said:
View attachment 83794
Looks like snowflakes combined with a frosty mist alternatively. Meaning it could be icy wind
Click to expand...

Issue is, when it hits Pansear, it looks like splashes of water... unless they randomly spliced things together, but that'd be a bit odd. As such, it's either odd graphics that they're still working on, or a cold version of Scald.

Of which, I wonder what the name could be.
S

I want to take a guess and say "sleet"
J

Jungleluke said:
CyndaQUIL, Cyndaquil was mostly based on a porcupine, a creature that isn't in the Chinese Zodiac.
Click to expand...

Well, Porcupines are in the rodent order.

Mr. Warrior said:
So was the whole "Fire starters are based on the Chinese Zodiac" theory proven false this time? There's no fox sign in the Chinese Zodiac. Unless Fennekin evolves into a tiger or dog which I doubt.
Click to expand...

I don't buy this theory, but it wasn't necessarily proven false.
Fennekin can work as the dog as Cyndaquil works as the rat, even though neither of them are really based on those animals.

We'll see in three or four years in they are really using the Chinese Zodiac as basis for the Fire starters. We still have the rabbit, snake, ox, tiger, horse and goat.
Man... A Fire-type Goat is definitely something I would like to see.
Click to expand...

Nonononono! If they were doing a Chinese Zodiac than they would have been much clearer with designs. It's too farfetch'ed. Get real people and don't always nickpick theories, it's also Chinese and Pokemon is Japanese, it would have been much more plausible if it was Japanese (not saying that they don't use stuff of other cultures, mind you). It's almost like saying that Chespin will become a reptile in time, or something.

(Regarding Chespin: Oh wait, mammals have an ancestor in the reptiles! I see the link now! See? The grass-starters are still more or less based on reptiles! *sarcasm off*)
Click to expand...

And assuming you're talking about the Dimetrodon, it isn't even closely related to reptiles.
Click to expand...

Synapsid - Wikipedia, the free encyclopedia This stuff. But, yeah, they aren't really reptiles:/

I still think the Chinese Zodiac-theory isn't plausible and I think it's already busted *looks at Cyndaquil and Fennekin*.
Click to expand...

Foxes are in the same Family as dogs Canidae, also male foxes are known as "dogs". You would know that if you studied biology.
Click to expand...

I know lad, but a fennec-fox still doesn't LOOK like a dog of the Chinese zodiac. This theory is still farfetch'ed in my opinion. Male foxes called 'dogs'? Yeah, maybe in your language/country, but we just call them foxes in the Netherlands.

Your last sentence disturbs me, ever looked at my age? You know, I am always very interested in biology and stuff, I also want to do something with it in the future, but you have to know that I am not the internet-encyclypedia and that I don't know everything (that foxes are related to dogs? I do know that though). I guess you were a little irritated or something.
Last edited: Jan 16, 2013 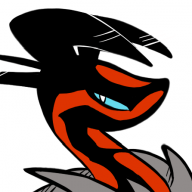 I don't have any ideas for shinies of Froakie and Chespin, but I'd love to see Fennekin get the blue-flame treatment too. I think it's going to look good, since blue complements orange.
U

I'm voting Fennekin, but if he evolves into ANOTHER Fire/Fighting, I'll change loyalties to Froakie in a heartbeat. 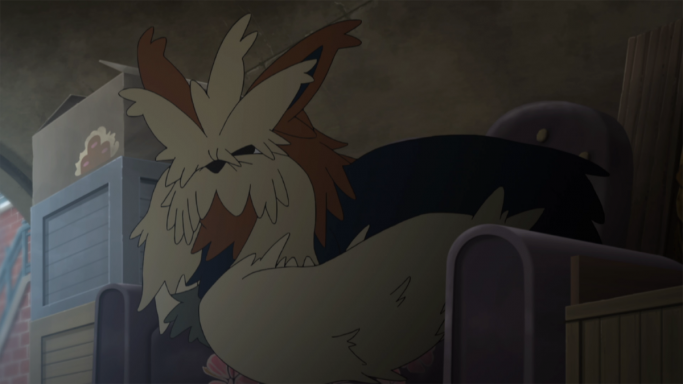 Some of the fan art so far for its possible evolved forms has been unbelievably good. If Game Freak do half as good a job as some of the fans out there I'll be happy.

I know this will seem so arsey and obnoxious but the overwhelming support for Fennekin is only cementing the fact that I won't pick it.


Confidemus said:
I know this will seem so arsey and obnoxious but the overwhelming support for Fennekin is only cementing the fact that I won't pick it.
Click to expand...

This is exactly how I feel sometimes. I like Fennekin too, but it just seems so terribly popular. Ultimately, it's what the final evolutions end up being that will cement my first starter choice, but the popularity is really pushing it for me too. I probably may go with Froakie as well.


Confidemus said:
Froakie.
I know this will seem so arsey and obnoxious but the overwhelming support for Fennekin is only cementing the fact that I won't pick it.
Click to expand...

Ah, feels good to be outside the mainstream, don'it :smokin:

Well it usually because of this desire to deviate from the norm as well as the people who make whatever they like immensely popular that makes someone want to chose the other option.

I chose Froakie since im biased on water types although Fennikin looks really cute, but my opinion might change when the evolutions gets released. like that time when i really find tepig cute and almost chose it as my starter but i got spoiled on it's evolution then totally hated it. :lol:
You must log in or register to reply here.
Share:
Facebook Twitter Reddit Pinterest Tumblr WhatsApp Email Link
Top