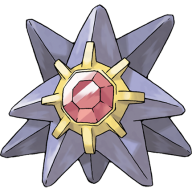 I can't be the only one who's noticed this. It's been on my mind since the release of Sun and Moon and now I finally have a fully formed opinion on it: has anyone else seen a resemblance between the four island guardians and the four main characters when you're playing as a female? I'll break down my thoughts and then you're free to respond. Oh, and spoilers for those who haven't played the game yet.

Color Scheme: Let's start with the most basic comparison I could find between the two groups. Each of the four main characters shares a color with each of the Tapus: Hau and Tapu Koko are orange, the female player character, by default, and Tapu Lele have pink, Gladion and Tapu Bulu are red, and Lillie and Tapu Fini are blue. While this seems like mere coincidence, further analysis has shown me otherwise, namely...

Design: Now this one, in hindsight, is actually kind of scary to me. With the exception of Gladion, the Tapus' physical appearance bears an extremely close resemblance to the main cast, complete with having two feminine looking Tapus and two masculine looking ones. First is Hau and Tapu Koko:

While the resemblance does disappear by the time Lillie changes her appearance towards the end of the game, her loose hair in her original get up is shown to also be true for Tapu Fini. Now that it's been established how there is a resemblance. It's time I give my two cents why I think it is so.

A Reflection of the Story: The way I have seen it, the similarities between the main characters and the Tapus aren't simply cosmetic, but they act as a means of indicating the how the focus has shifted between each character on each island. Hau is the one you spend the most time with on Melemele island, and for good reason since it's his home, and it's where you first learn about his motive to beat his grandfather, who just so happens to be the kahuna. The focus isn't really on any of the other three on Akala, thus your experiences on the second island mostly revolve around you, and you're the only one to directly interact with each of the trial captains. The shift in dynamic between the player character and Gladion occur on Ula'ula island, and it's the only time he directly interacts with one of the kahunas. Lastly, Lillie's character development is seen coming full circle on Poni island, as well as the one the player character is solely focused on.

But what do you think? Do you see any of this as coincidence or do you find deeper meaning in this as I have? Please let me know (and I may never do a speculation thread again if this turns out poorly for me).

I'm not very convinced. I think it was confirmed that Hau and Lillie were designed to invoke the sun and the moon respectively, and how you could inspire them. And if they were to make a symbolism with the girl character, they would do it with the boy too.