Danny could barely contain his excitement as the flight attendant on the blimp said that they would be landing in Sinnoh in 20 minutes. He pressed his face up against the window to try to get a better look at the new region he would be exploring. He felt something nudging his leg and looked down. "Chiko!" Buddy, Danny's partner Chikorita, cried.

"Oh, sorry Buddy, I bet you want to see too," he picked up the Pokemon so they could both peer out the window. "I absolutely can't wait! We're going to meet tons of new people and see all sorts of new Pokemon that we've never even heard of!" Danny was practically jumping up and down in his seat with energy. Buddy nodded in agreement. His excitement continued to grow as the blimp slowly descended toward a small town.

Valencia de Teselia was relaxing on the bow of a cruise ship, enjoying the sunny morning and the gentle breeze. The ship had departed several days ago from Lilycove City, in the far-off Hoenn region. This was the farthest Valencia had ever been from home, and her first time outside of Hoenn. She was accompanied by her partner, Psyduck, who was staring blankly out at the water.

It might seem peculiar that she is wearing a waitress outfit outside of work, but her outfit has a very special sentimental value to her. In addition, there is a small pouch on the back of her apron where she keeps a Premier Ball for her Psyduck, along with a few other, regular Pokéballs in the event that she would want to catch something.

"Wow...the Sinnoh region," she said as small, seaside town of Sandgem slowly became visible on the horizon, "This is so exciting!"
O

As the morning advanced, James slept like a toddler in his bed. Out of the blue, his alarm clock ringed loudly. James slowly opened his green eyes, yawning as he reached for the alarm clock, not reaching it by a few inches. Knowing himself, the night before James set the clock about a foot from his bed so that he actually had to stand up and turn it off, unlike previous days where the small contraption would be seemingly ignored. Using the most of his willpower, the 16-year-old stood up, turned the clock off, then headed into the bathroom to brush his teeth, aside other things.

After his hygiene break, James got dressed with the usual pair of jeans and long-sleees shirt. He headed downstairs and into the kitchen of his small, two-floored house in Jubilife. Since his parents were almost always working, they knew James could simply follow his morning routine before heading out to get his first Pokémon. He served himself a platter of cereal with milk, which he almost inhaled due to the speed of which he ate. James stood up, then picked up a blue backpack he had. James opened said backpack and checked its belongings: A bottle of water, a snack, a portable gaming system (and a handful of games with it), and his Trainer ID. James smiled to himself, then headed out the door and closed it. "Sandgem, here I come." He muttered as he carefully crossed a street towards the City's southmost exit. 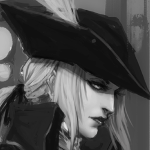 "Travy! WAKE UP!" Travy. Something six year old Elizabeth had always called him, because apparently she couldn't pronounce Travis. He was still asleep when she barged into his room and climbed on him. And he probably would have ignore if she hadn't pulled the curtains away from that demon-spawn thing called a window. Seriously, who's idea was it to place his bed by the only window in the room anyways? Like it did any good, as it was usually never open.

Travis groaned with pain and general sleepiness. Having a small child climb on him about every morning was starting to take its toll. Half rolling, half falling out of bed, he went to the center of his poorly furnished room and stretched his limbs. He was a simple guy and didn't need much more than a bed, dresser, and a desk. Besides, he was leaving anyways so what difference did it really make?

The morning routine went on the same as always. Happy chatter at breakfast. Brush teeth with baby sister. Shower. Put plain brown shirt and jeans on. Get pounced by a Deerling that thinks she's a Pikachu. Same old routine. Kind of hard to believe he was going to be leaving until Elizabeth was clinging to his leg, crying and begging him not to go. Sometimes she could be more evil than the window. But soon he was standing outside in a town called Sandgem without a single idea as to where to go.

The blimp finally landed at the airport and Danny was the first person to run off. "So where should we go first? The Pokemon Center? The Pokemart? That house over there? Wait... that would probably be rude, wouldn't it?" he said, talking fairly fast. Buddy rolled his eyes and pointed toward a larger, important looking building. "What's that?" Danny asked. "Oh! That's right! Professor Elm said we should visit the Pokemon laboratory first. That must be that building." He started jogging toward the building, holding Buddy in his arms so he wouldn't have to run to keep up.
O

After managing to cross to the other side (and facing Death in the form of speeding automobiles every here and there), James exited the giant city and stepped into the grassy fields of the Route below. He inhaled deeply, then coughed suddenly from the excess of Oxygen in his body. He shook it off before walking at a leisurely pace towards the nearby town, where he was supposed to meet with the Professor Rowan for his first Pokémon.

Valencia had disembarked from the cruise ship after it docked, and had arrived in the humble town of Sandgem.

"Steppin' on the beach, doot-doot-doo-doo~!" she giggled as she marched playfully along the sand. Psyduck didn't have much of a reaction; then again, he almost never did. From that point, Valencia opted to walk normally.

"And with that out of the way, I wonder where that laboratory is?" she muttered to herself.

Travis tilted his head to the side, as he seemed to have gotten in a habit of doing whenever he was thinking.

"Guess I should tell the Professor I'm leaving," he mumbled to himself. He had seen the Professor before, but never spoke much. He wondered why he should even let him know, but since his feet were already taking him to the Lab, he might as well.

Danny continued chattering away, mostly to himself since Buddy was napping in his arms now, as they traveled toward the lab. "I wonder what kinds of Pokemon we'll see. I think I'm going to catch the first one I see! But wait... I need some Pokeballs first. In that case I need to stop by the Pokemart on the way. I wonder how much they cost. I hope I have enough money for that..."

By this time, Valencia had found someone who was kind enough to direct her to the lab, and she was currently making her way to the building. She could see that it was not too far from her current position.

"Well Psyduck, we're almost there," she smiled. Psyduck replied with a simple "Psyyyy..."

While he was distracted by his conversation with himself, Danny almost ran right into a girl wearing a maid outfit and her Psyduck. "Woah!" he exclaimed, stumbling backward. This startled Buddy into waking up, looking around wildly.

"Oh, hola!" she giggled, "Are you headed to the laboratory as well?"

From his position, Travis could see a boy who seemed to be having a conversation with himself and holding what looked like a Chikorita in his arms. Travis slowed down and watched as the boy almost ran into a maid with a Psyduck. He sighed and walked around them, not even bothering to look at them as he passed.

"Uh, yeah! I am!" he said, glad the girl wasn't mad at him almost running her over. "My name's Danny and this is Buddy. We're from the Johto region. I need to get my Pokedex so I can start my journey over here in Sinnoh. I came here because I've been all over Johto and... oh sorry, I'm probably rambling. My bad."

"Heh, that's okay," Valencia giggled. She then noticed Travis, who had just passed them.

"And where are you going, Tall, Dark and Handsome?" she asked playfully.
O

James had arrived after a mere minutes to the edge of the small town. As he continued walking, he saw some interesting people, but nothing too extravagant that caught his eyes. He simply kept walking, focused on his goal to obtain his first Pokémon.

"Huh? Oh hey!" Danny said, just now noticing Travis. "I'm Danny, and this is Buddy! We're from Johto and... uh, you probably heard the rest if you were just walking by," he said.

Travis had taken a few steps before realizing that the maid's question was aimed at him.

"Pokémon Lab," He said looking over his shoulder at her. He then turned his attention to Danny.

"Oh? We're headed there, too!" Valencia said with a big smile.

"While you're at it, you might as well say 'hola' to that guy," Danny suggested, pointing to the boy who had just walked up who seemed to be trying to ignore them.