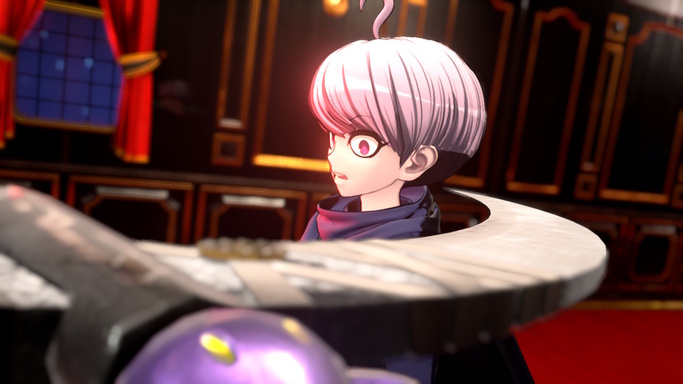 Vote: End the Game in a Draw 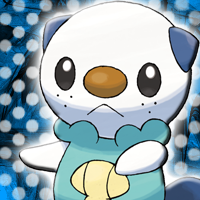 Vote: End the game in a Draw

Did you really attack me or did you attack a townie who was protected?

Yeah I tried using my Ninja kill on you Jinjo, but it failed

I don't have a bulletproof and either I was protected at night or you attacked a townie who was protected. We can just end the game in a draw than.

wait... Is Contrainer a Doctor.... who protected you?
I must admit it is a bit funny, but even with a Doc in play, I'd rather call a draw now.

I will be willing to end this game in a draw if @Contrainer and @Midorikawa are willing to agree to that also.

....It must have been Contrainer Becaise he didn’t protect himself....

Yeah I’m fine with this ending in a draw.

@Contrainer come and say yes to the draw.

I'm the Doctor
I didn't read the thread and wanted to mess with the scum
I'm fine with a draw. Gg

@Pikochu I think that's all four of us agreeing to a draw.

I'll close the game out before tomorrow night properly. I'm tired already from a long day of doing stuff and just want to relax now.

Significant investment has been made by The Division to save what remains of Manhatten. Most of the factions in Manhatten are now leaderless and now have to terrorize New York without a lead. While The Division hasn't entirely been successful, the cure for the Green Poison has been closer.

With the data collect collected by The Division, the preliminary research done is completed. Dr. Kendel walks out of the base of operations with her findings and data.

"Here's all the work and analysis I was able to complete. So much good data is in here," Dr. Kendel says to the pilot. "I hope the people at Ann Arbor can use this to come up with a vaccine for this virus," as she hands over her files.

You will be taking on the role of Dr. Jessica Kandel. As a doctor for the JTF (Joint Task Force), you volunteered and stayed behind to establish the Madison Field Hospital, taking care who have been infected by the dollar flu. You also created a vaccine that allows immunity to the Green Poison after intensive research in the base of operations.

As you are a doctor in the game, your role is doctor. Every night, you may target one player, including yourself. If your target were a target of a night kill, your target would not be killed.

In short, you are a doctor allied with the Second Wave Agents (town), and you win when your team eliminates all the first wave rogue agents (Mafia), and all threats to the second wave agents are eliminated.
Click to expand...

Contrainer 2.0 has survived to the end game. Contrainer was a doctor allied with the Second Wave Agents (town).

"I'll be sure to have these files sent to the research lab there right away Doc," the JTF helicopter pilot assures the doctor. The chopper flies off the island to Ann Arbor.

You will be taking on the role of the JTF Helicopter Pilot. Essentially, you give rides to Division agents and help extract items from the Dark Zone, unless some rogue agent cuts the rope.

As you spend lots of time over Manhattan, your role is watcher. Each night, you may target a player. In the following day phase, you will learn who visited your target but not the actions on that target.

In short, you are a watcher allied with the Second Wave Agents (town), and you win when your team eliminates all the first wave rogue agents (Mafia), and all threats to the second wave agents are eliminated.
Click to expand...

Midorikawa has survived to endgame. Midrorikawa was watcher allied with Second Wave Agents.

Meanwhile, as the criminal factions of Manhatten are trying to survive and take over Manhatten, luckily, a bunch of these factions found an informant that will help them out.

You are taking on the role of Charlotte Clark. Not much is really known about you. From what I can tell, it seems that you have been hiding in the Dark Zone. You have used your technical skills to hack into the SHD network and broadcast your information in hopes to give everyone a better chance to survive.

Since there isn't really a character that would be a Mafia communicator, you are taking on this character. You may do the following once for the entire game.

Note: You may only use one action at a time each night.

Outside of Manhatten, as the Division agent with the Pikachu just completed a mission that was outside of DC, the agent receives an audio message.

"Hello. Aaron Keener here, you might remember who I am, you might not, it doesn't matter as I am more important than you in the current scenario. Chase me if you dare me, but think about what might happen when you get too close. No promises, but I do value my freedom more than your life.

Don't figure out what I'm going to do next. It will only get in trouble now. Killing is easy. Notice I didn't say killing people is easy. If you think of them as people, it suddenly gets that much harder. But if you simply look the balance sheet, how much of an obstacle is or how much benefit there is letting them keep breathing awhile long, then it becomes simple math.

And simple math is simple to do. Just as simple as putting two bullets center mass and a third in the head.

And as for you and your yellow rodent, well, I haven't done the math, so no promises for you at all. You'll be running in circles, and someday you'll get to ask me yourself.

That is if my calculation doesn't kill you first."

You are taking the role as Aaron Keener, aka Vanguard. As one of the agents from the first wave, you lost faith with the JTF when you tried to lead a group of civilians in the Dark Zone. As a result, you went rogue and try to recruit other agents to do the same.

As you have turned your back on the first Wave Division agents (Mafia), you are an ITP Rogue Agent. As such, you have the following abilities:

- You have access and communicate with other first Wave Division agents (Mafia) in the designated OC chat.

- You will appear as a vanilla role on alignment checks.

- Once per game, you can override the team's kill by killing a first wave Division agent (Mafia member) after Night 5. You may do so by communicating to the host Kill [Mafia Member] in cold blood in private. This kill will not be traced to you.

For parity purposes, you will be counted as a first Wave Division agent (Mafia). However, your wincon is different from the rest of the team.

You are truly a rogue agent aligned with yourself. You win by being the last player alive at the end game, or there's no other way. You do not win with your team.
Click to expand...

Jinjo has survived to end game. Jinjo was a ITP Mafia Usurper allied with herself.

The agent and his Pikachu exchange look as they process the message. They look out at the city where they are, wondering what is left to save.

This game has ended in a tie for town, mafia and the ITP Mafia Usurper. Congratulations to all. You all played an excellent game. I will have a follow up post of all my thoughts of the game as well as point out mistakes I made along the rationale of my set up for this game. .

Is it wrong that I am amused that I called it? xD Flop was indeed the role cop.

Fuck this game was confusing, I had a lot of fun, but it definitely messed with my head.

Lmao great job on tying. Commentaries I just think two hostile indepts, one of them being Jinjo and knowing the entire scum team right off the bat, was really unfair, but that aside it was really well balanced.

And Contrainer pay attention to the game. If the LyLos weren’t missannounced Town would’ve lost because you weren’t around to untie the votes.
Not ony that but Town woud’ve won if you had read the thread and understood that Zinn was helping Town and just wanted revenge on Jinjo during the last night, that’s why he added you to the mafia chat. You blocking the kill just stalled the game again.
Last edited: Oct 28, 2019
Threadmarks
You must log in or register to reply here.
Share:
Facebook Twitter Reddit Pinterest Tumblr WhatsApp Email Link
Top