^ I suggest replacing Aurora Beam with Ice Beam and Water Pulse with Bite (Since it's considered a Special Move in FR for being a Dark-type) on Vaporeon. Level up Golbat to 49 so it can learn Poison Fang for Mean Look, or just teach it Sludge Bomb. Post Snorlax's moveset too. For Dugtrio, replace Sandtomb with Tri-Attack, get rid of Cut for Slash or Aerial Ace, and level it to up 51 and replace Magnitude with Earthquake. For Butterfree, replace Psybeam with Psychic, Safeguard with Silver Wind (Lvl 47), and Gust with Giga Drain. For Charizard, Get rid of either Flamethrower or Blast Burn (The recharge next turn isn't really worth it) with Slash (Lvl 44), and Scary Face for Dragon Claw or Earthquake, and you're good to go. Though it'd be best to level up a lot, because Gary/Green's Starter is at lvl 65 I think.

Second, yeah you're definitely going to lose I had two lvl 35s along with the rest of the team and still didn't win. Your best bet is NOT to save, and only use Potions and other items when you know you have a chance. Then your Pokemon can level up.
M

Second, yeah you're definitely going to lose I had two lvl 35s along with the rest of the team and still didn't win. Your best bet is NOT to save, and only use Potions and other items when you know you have a chance. Then your Pokemon can level up.
Click to expand...

Whoops, sorry.
I beat him, though the first time, Mightyena killed all 3 of this Pokemon, but the 2nd time Swellow beat the 1st Slaking, Mightyena and Vigoroth, then Marshtomp vs 2nd Slaking.

EDIT: Got Castform. Its getting a bit annoying needing to use RD/SD/H then WB to attack. It may have higher Def and Sp.D than most of my Pkmn but needing to change the weather just makes it more likely that it'll die. Should I just get ice beam, flamethrower, and thunderbolt and get rid of WB and 2 weather moves?
Last edited: Jul 7, 2009 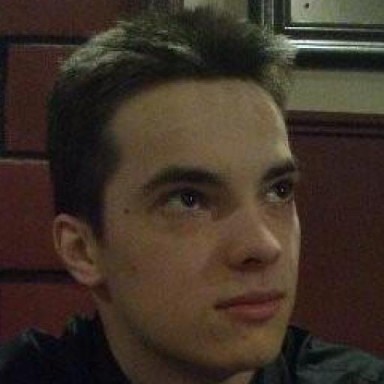 hello, what do you think about my team:

Mama Luigi, I'd just pick one weather (One that benefits your team the most) and base Castform off of that. Like, Sunny Day/Weather Ball (Fire)/Solar Beam/Ice Beam, Rain Dance/Weather Ball (Water)/Thunder/Ice Beam, or Hail/Weather Ball (Ice)/Thunderbolt/Something.

Well, I'm recording footage for a Diamond walkthrough that will be uploaded starting August 25. Here's my team so far:

on pokemon platinum, i am focusing my team with five pokemon. Could anyone help me with this Luxray? I know it can do alot more, so if someone could give a few pointers...?

So yeah, I'm sure it can do alot more, than take out Gyrados, so could someone help me out? Also, how would one find out their Pokémon's EVs?
T

The King of Nidos

Owner of a shiny Nidoking

@ The King of Nidos:

You have three pokemon weak to ground, a minor annoyance really since it's in-game. Though you need a pokemon that can learn fly since you're going to need that. If I were you, I'd cut Grimer or Spoink.
H

Funny, my in-game Staraptor on Diamond has excactly the same moveset. Works OK in-game though.

Done a major rethinking of my Platinum-team, but unfortunately, Politoed666 has two of my pokémon, a Duskull and a Totodile, but I'll get them soon enough. It'll probably look like this when it's finished

I'll post moves, natures and such when I have started to train 'em. But I have a fairly good idea what it'll look like.
T

The King of Nidos

Owner of a shiny Nidoking

Yeah Pheonicks I was thinking of cutting grimer or spoink for a flyer because grimer is pretty good when he evolves but....he doesn't evolve until level 38 which is pretty far into the game.
F

Okay, just about to go to the E4, will this team suffice? I'm not very good and I don't get all the IV's/EV's crap, so any help will be greatly appreciated.

Right before you battle the E4 (after you've reached the league and have no real need for most of the HMs), you should get rid of the useless HMs on some of your pokemon (Surf, Rock Smash, Strength) and replace them with Move Relearner moves or TMs. Anything to give you a better movepool.

Are you in Platinum or D/P? That would help a little bit.

I suggest that you give Luxray Thunder Fang (instead of Spark). Also, Empoleon could use some better moves. Replace Waterfall with either Brine or Aqua Jet.

Additionally, just a heads-up, but when you fight Cynthia, lead with Roserade and have it use Toxic Spikes. It makes the battle easier IMO. Flux, I disagree with Phoenicks on only one point -- Surf is NOT a useless HM. That move alone can completely sweep Flint, especially in Platinum.

Playing through Fire Red for the first time! Tips on my team? I just got to Celedon City

Ivysaur (lvl 35)
Careful
-- Tackle
-- Sleep Powder
-- Leech Seed
-- Razor Leaf
Yes, I'm delaying it's evolution. I think the only decent move it's got left to learn in Solar Beam, though...

Dratini (lvl 18)
Modest
-- Wrap
-- Leer
-- Thunder Wave
-- Twister
Just bought him from the Game Corner, and completely lucked out with the nature, since I needed a Special pokemon other than Ivysaur (which I didn't realize had a -Sp. Atk. nature...d'oh). Obviously, leveling up needs to be done.

Arbok (lvl 30)
Hardy
-- Bite
-- Poison Sting
-- Glare
-- Screech
I know Arbok might suck, but this is a personal thing. I've never played a game where you could catch an Arbok outside the Safari Zone. Thus, I've never had one, and I want one. And he's not doing too bad. If I'd had a few more Super Potions and Lt. Surge's Raichu didn't love to spam Double-Team, she would have swept the gym, gym trainers included.

Pikachu (lvl 30)
Careful
-- Thunderbolt
-- Slam
-- Quick Attack
-- Thunder Wave
I know it's got a -Sp. Atk. nature, but by the time I actually FOUND one of these little buggers, I was too fed up to care. He's done all right so far.
F

Cheers guys,
I'm on Pearl. Although unfortunately I'm at the same point on Diamond and Pearl! :/
S

please rate my team with feedback.
B

impressive. i would sure like to battle my team against yours but i haven't the wfc to battle
H

Made some changes to my Ruby-team. They're all around level 50, except Gardevoir (46) and I'm doing quite a bit of grinding before E4.

He's frail, but packs some power. Dig > Earthquake simply because I'm saving the TM. Have 5 on Platinum soon.

Love Gardevoir. Packs quite a punch, but hates Claydol. Steelix doesn't appear anywhere, so she's safe for it.

Nice attacker and in-game flier. Ember to be Flamethrower and breath to claw. Is 188 a decent attack in level 50? And 151 Speed? It's not EVed, but I have fought quite a few Solrocks and Golbats

If it hadn't been for his two weaknesses, Aggron would have been excellent. Now, he's just great. But he looks awesome though

Remember I said Gardevoir hated Claydol. This handles the floating thing easily. Can't evolve it though. And could have used a better HP than Ghost.

Obviously, the last move is going to be Eartquake. My starter. Not too happy about the nature, but I'll live.
M

Restarted Firered. I bought a Magikarp and I'm raising it on Route 3 (In front of Mt. Moon) and trying to fine a NidoF (I was originally planning to not use my starter in my team at all but..)