The Most Annoying Pokemon to Encounter

Zkat said:
Pokemon with sturdy are annoying because you can't knock them out in one hit. You have to waste PP for one of your moves, and they get a chance to attack you.
Click to expand...

And then they use that turn they wouldn't have gotten to use Explosion/Self-Destruct. Like... Why? I hate that ability, too. The Pokemon it's been given (primarily rock/ground types) used to be easy and quick leveling up wild-encounters, but now they have that. -_-
G

Honestly? Trapinch with Arena Trap. As annoying as Tentacool and Zubat are, not being able to run away suuucks.

The most annoying Pokémon to encounter are Dugtrio, Trapinch and Gible on Kalos Route 13. They follow you from under the dirt, and the wind that blows makes it even more annoying.

Some of the PokeNav Pokemon are starting to grate on my nerves. I'm getting a little tired of hearing the yelp of a Linoone or the cough of a Pelipper while I'm dashing through Route 121. If it's something rare I don't mind but most of the common PokeNav critters are getting downright irritating.

Bit of a weird one here, but Skarmory is always annoying to me. If i'm trying to KO it, i never seem to have anything super effective (like fire or electric) on me at the time, and if i want to catch the bugger it takes 1000 tries with ultra balls, timer balls and all sorts. Fortunately they don't appear in too many places.
I just accept all the 'common' pokemon like bats, rats and jellyfish.

GleamingCoral said:
Honestly? Trapinch with Arena Trap. As annoying as Tentacool and Zubat are, not being able to run away suuucks.
Click to expand...

I was about to say the exact same thing.

In all honesty though, I hate running into any kind of Pokémon while I'm in a cave or Surfing. With grass, it's easier to avoid I guess. Always stocking up on Super/Max Repels when I'm about to explore a cave or open water.

PickleMendip said:
Bit of a weird one here, but Skarmory is always annoying to me. If i'm trying to KO it, i never seem to have anything super effective (like fire or electric) on me at the time, and if i want to catch the bugger it takes 1000 tries with ultra balls, timer balls and all sorts. Fortunately they don't appear in too many places.
Click to expand...

Thanks for the reminder.

Yeah, Skarmory is a massive pain in the skidplate. It took me something like five tries to finally get one to cooperate and stay in the Ultra Balls I kept throwing at it. It got so bad that I started limiting the Balls I was using and started KOing them on purpose. I wasn't going to sit there and waste Balls on the stupid things. Gah, they are freaking annoying.

Even worse? I finally did catch one and all it's doing is sitting in my PC, rotting. =/

Pokémon with Arena Trap or Shadow Tag are a pain. I also personally hated Zebstrika in BW/BW2. I tend to like slow Pokémon and I was never able to run away from one, not even when my Pokémon were far higher levels than any wild Zebstrika.

RBY and GSC:
- Tentacool and Tentacruel, especially in Water Route 40-41. Like, really, are these the only two? Not helped that the Tentacruels are abnormally high-levelled than the Swimmers' Pokémon, or even Eusine's/Chuck's when you see them in Cianwood City - making Repels not as useful.

BW1
- All of the Pokémon in Route 4-5. It's bad enough that Darumaka deals high damage generally, Sandile has Sand Attack in addition, Chicchino has a high-damage multi-hit attack, and Audino/Emolga also have moves to screw you, but the low EXP payout really makes them almost not worth engaging for level-grinding. Except that you don't have any other choice before battling Elesa at the Gym. Further not helping matters is that you don't have as many choices for your Pokémon, and that most are poorly balanced stat-wise. (Example: Blitzle just cannot take a hit, and it's the only Electric-type before Nimbasa City.)

- Route 6-7 is also another route with annoying Pokémon to level grind. Deerling has a surprisingly wide movepool, so a Steel-type Pokémon will be countered. Also, Audino and Emolga. And of course, the EXP payout is really low here too.

Thankfully, most of these seemed to have been made more manageable in BW2. Better Pokémon choices, and I think the EXP handout is generally better.
T

Bidoof. Bidoof by far. Bidoof was the only bad thing I have to say about generation 4. BUT a close second is nearly every encounter in generation 5: Patrat, Lillipup, Audino, Basculin, and soooo much more. I also like Zubat, if only for the potential of a Crobat. Thanks!

When I'm level grinding in Gen VI, I do not want to see a Graveler. Yes, it gives some EXP, but its annoying to not be able to eliminate them quickly. And they use Trollspolsion
T

Zubat. It's like the developers wanted it to be trolly so they gave it Supersonic (later Confuse Ray) and Mean Look.
J

Pelipper. It makes a dopey stupid sound (even stupider in ORAS), and it spams Protect all day long.

The Froakster said:
Zubat. It's like the developers wanted it to be trolly so they gave it Supersonic (later Confuse Ray) and Mean Look.
Click to expand...

Actually, I don't mind them or Geodude. I've actually run into a couple of shinies while derping around Sinnoh. 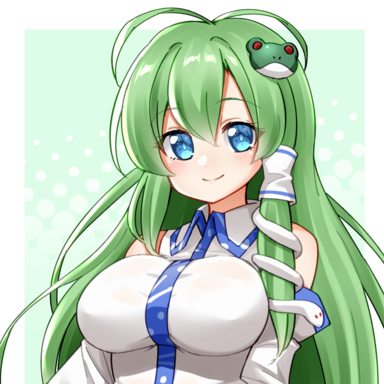 And her name is John Sena!

Oddly enough, I find it annoying to find females of 'mons with a 7:1 gender ratio. Case in point: I wanted to get a female Eevee on Kalos Route 10, because I think of Sylveon as a feminine Pokémon, but the first female I encountered when I was hunting for her broke out of all 10 Great Balls I used, meaning I had to buy 10 more. (Fun fact: I tend to like Great Balls, despite the fact that it costs 3 times as much as a standard Poké Ball, while having a 50% better chance to catch something compared to the standard.) When I continued my hunt, I kept on encountering everything EXCEPT Female Eevee. I mean, Seriously, I think I encountered, like, 15 Nosepass Hordes before I finally found another Female Eevee, and this one broke free of all but my last ball. Thank god I didn't have this problem while catching Female Eevees in Hoenn, as I had a Male Minccino with Cute Charm, and had already obtained an Eevee through Wonder Trade at one point. 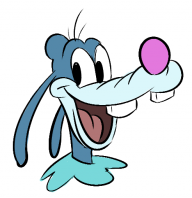 Any pokemon you can't run away from OR any pokemon that has Sturdy as an ability because you have to waste two moves to kill it.
X

The classic "spam Pokemon" topic. I love it!

A spam Pokemon is a (usually) low-level weak Pokemon that pops up about every 2-5 steps in tall grass, caves, et cetera.

"Troll" moves are those moves which were seemingly designed specifically to cause aggravation.