I started playing Red again. (Old game is OLD, but I freakin' love the nostalgic feeling.) So far, I just recently got my second Badge.

Blue, about to challenge Lt. Surge. I'm trying to see how far I can get with only four Pokemon.
Wartortle ("MAY!!!") level 25
Pikachu ("RAIZHU") level 25
Sandslash ("BLAZEVOIR") level 25
Fearow ("ARCHAIC") level 25
Yeah, two of them are named after staff here. XDD
L

My planned team is Feraligatr, Arcanine, Dragonite (w/ Extremespeed), Electabuzz (shiny w/ Dizzy Punch), Pidgeot/Skarmory, & Miltank (may switch out for Suicune). Also gonna be leveling up a Wooper to 31 then breed with my Phanphy so it'll have the novelty Water Gun & start off w/ Earthquake, & may have that on my team.
Last edited: Jun 18, 2011

You do realize that the Pokemon that comes out of the Odd Egg is completely random, and only has a 50 percent chance of being shiny, right?

Also, the Pokemon that comes out of it is set upon receiving the egg. So even if you were to constantly reload your file every time the egg hatches, you would still get the same kind of Pokemon.
A

I'm playing leaf green right now and I'm training before I go up against the elite 4.
my team:
Venusaur- level 47
Jynx- level 46
Far'fetched - level 45
gyrados- level 45
raichu- level 45
dragonite- level 56 (was quite a chore training dragonaire to level 56 so it can learn outrage, then evolved it but was worth it lol)

- training everyone else to atleast level 50 then hopefully I can get through the elite 4 with that, if not then gonna just get everyone to 55.

Transferred my LeafGreen team and other valuable pokémon to Platinum.
I restarted LeafGreen and chose Bulbasaur.

Currently on my way to Viridian Forest.
L


Rai Marshall said:
You do realize that the Pokemon that comes out of the Odd Egg is completely random, and only has a 50 percent chance of being shiny, right?

Also, the Pokemon that comes out of it is set upon receiving the egg. So even if you were to constantly reload your file every time the egg hatches, you would still get the same kind of Pokemon.
Click to expand...

I saved the game BEFORE I talked to the day-care man to receive the Odd Egg. If I don't get what I want, I can just SR. & Yes, I do know about the probabilities with the Odd Egg.

Lorelei
Jolteon swept through all of Lorelei's pokémon, except Jynx which was defeated by Ninetales.

Lance
Gyarados was OHKO'd by Jolteon's Thunderbolt, both of his Dragonair were then defeated by Fearow.
Dragonite destroyed Fearow with a critical hit Outrage, but I still had Raticate, which I sacrificed while landing a Hyper Fang and reviving Fearow in the process, who then proceeded to finish Dragonite off with Drill Peck.
Poliwrath managed to deal a lot of damage to Aerodactyl before being defeated by Wing Attack, Jolteon then finished Aerodactyl off with a Thunderbolt.

Round 1 - Jolteon vs Pidgeot
Pidgeot was OHKO'd with Thunderbolt.

Round 2 - Venusaur vs Rhydon
I start with Leech Seed, then Rhydon was OHKO'd by Razor Leaf afterwards.

Round 3 - Raticate vs Alakazam
After failing to use Leech Seed due to Alakazam knocking out Venusaur with Psychic, I used Raticate, which defeated Alakazam in a very close battle thanks to Hyper Fang.

Round 4 - Fearow vs Exeggutor
After surviving a Drill Peck, Exeggutor manages to land a Sleep Powder on Fearow, I use the Pokéflute, and Exeggutor counters with Egg Bomb.
Fortunatly, Egg Bomb didn't OHKO Fearow, and was eventually defeated thanks to another Drill Peck.

Round 5 - Ninetales vs Gyarados
I used Ninetales' Will-o-Wisp and Safeguard against Gyarados.
Unfortunatly for Ninetales, she was defeated by a critical hit Hydro Pump.

Round 6 - Jolteon vs Gyarados
Gyarados was OHKO'd with Thunderbolt.

Round 7 - Poliwrath vs Charizard
I started off with Rain Dance, but Poliwrath was defeated by Charizard's Aerial Ace before he could use Surf.

I am playing through pokemon ruby and I am right now done the elite 4 and I will now be doing battle tower but also trying to go through the trainer rematches especially the Wally rematches. While I am doing all this I am training beldum which is now a Metang. All I am doing now is training it to Metagross then gonna try it out in pokemon tower.

I'm gonna do pokemon emerald soon as soon as I get it (ordered it online) and I am looking forward to all the extra battles, trainers, and the battle frontier .Probably will not start with Treeko again like I did in Ruby because I am not impressed with its non grass type moves that it learns, but I do love fighting and ground type moves much more which the other 2 pokes provide.

After beating Wattson, I decided to catch a Numel as my 6th member.
I'm currently training Numel 'till he catches up to the rest of my team.
Once that's done, I'll do the Rusturf Tunnel thing then head towards Mt. Chimney. 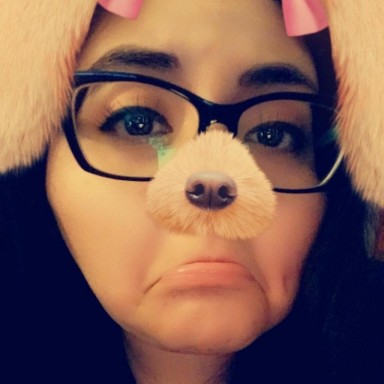 In my FireRed game, I recently cleared the Pokémon Tower in Lavender Town. So clearly I'm not done with the main storyline... And since my boyfriend didn't help me out with building my team this time around, I'm not sure if I will be able to take on the Elite Four effectively. My current team consists of Wartortle, Raichu, Graveler, Raticate, Primeape, and Butterfree.
I

I recently went back to playing Pokemon Rumble. I'm now on the Battle Royale on the EX Stage. Did fairly well for my first few attempts, but I still can't manage to beat the second round, unfortunately.
Last edited: Sep 12, 2011
T

Went back to Pokémon Explorers of Darkness, after being stuck on the Hidden Land for four months. XP

I recently beat the Surrounded Sea and got Manaphy, then beat Miracle Sea and Gyarados and got the Phione Dew. Now I'm waiting for Team Charm to come so I can go to Aegis Cave.
I

Have to say that I'm thinking about replaying HeartGold. I've beaten the game twice so far, but haven't played it at all in recent memory. 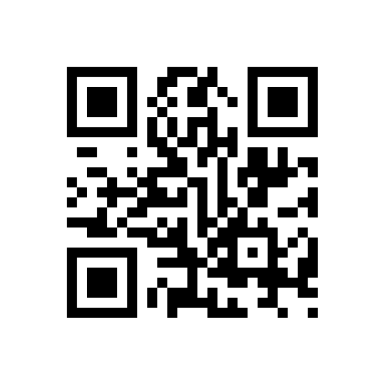 Back and Better than Ever

In Pokémon Crystal, I somehow managed to catch Entei, Raikou, Ho-oh, and Lugia (in that order) all in a few hours or so, with Ultra Balls. Now I have a Master Ball that I will likely never use... I found a shiny Furret at Route 43, but I used Ultra Ball for that...
N

I restarted my Platinum file and my HeartGold file recently. My progress so far:

HeartGold:
I'm in Blackthorn City. However, my team is underlevelled, so I can't beat Clair. My team consists of:
-Ampharos
-Golem
-Scizor
-Umbreon
-Poliwrath
-Girafarig

It was a pain to obtain a Water Stone and a Metal Coat to evolve Poliwhirl and Scyther.
T

In PMD2, I just beat Aegis Cave, then went on to Azurill's Nightmare. Afterwards, I went to the Spacial Rift and defeated Palkia. Now, I'm getting ready for the last main dungeon of the epilogue, Dark Crater.
T

Playing yellow on the comp ( yes I still have my gameboy and yellow I just like don't have the heart to reset the game) leveling up my guys for Lt. Surge prob over leveling them but oh well in the end it is worth it team currently is
Pikachu- lvl. 25
Nidorino- Lvl. 25
Bulbasaur- lvl. 24
Charmander- lvl. 23
Drowzee- lvl. 21 If you didn't figure it out I am training them to level 25 haha
S

Decided to restart HG a few days ago, and I'm going to SR for a shiny Ho-oh and Lugia when I get to them.