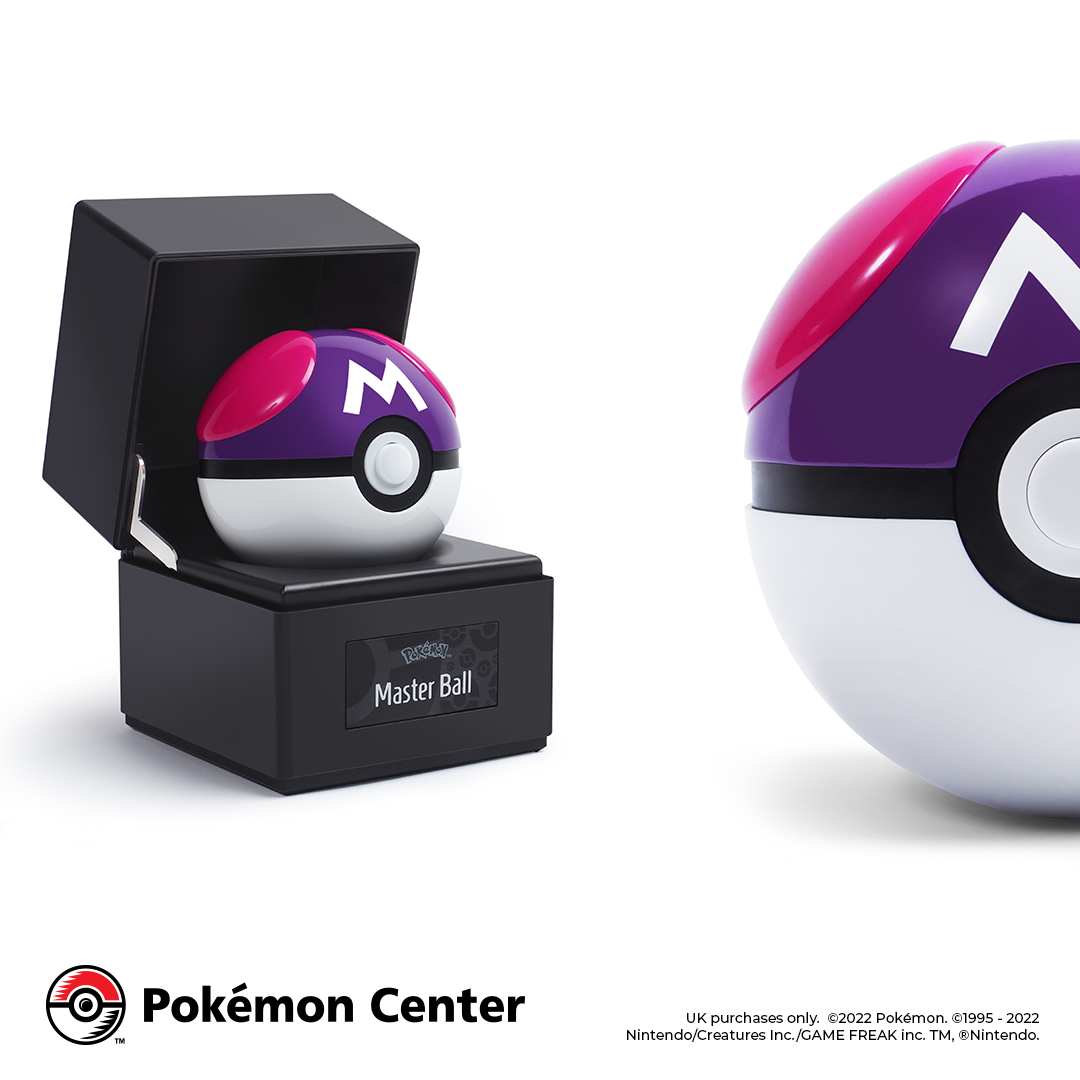 The collaboration between The Pokémon Company International and The Wand Company for a range of Poké Ball replicas was first announced in November 2020. Over 2021, they released replicas of a range of different Poké Ball designs, including the classic Poké Ball, as well as the Great Ball, Ultra Ball, Master Ball, Premier Ball, Dusk Ball, and most recently, the Heal Ball. This release of the Master Ball is part of a series of re-releases of designs from the first wave which will be happening throughout 2022 at Pokémon Center and other participating retailers.

All of The Wand Company's Die-Cast Poké Ball Replicas feature proximity and motion-sensing technology, making the balls glow with multicolored lights when they are picked up. When the button on the front is pressed, it initiates a Pokémon-catching light sequence.

Along with the Master Ball itself, the replica comes with a special edition plaque on its uniquely numbered and illuminated display case, as well as a stainless steel ring for displaying the replica on its own. The Master Ball is being sold by Pokémon Center UK for 99.99 pounds (~126.29 USD). Free shipping is available, however the Pokémon Center UK will currently only ship orders to locations in the United Kingdom. Fans overseas hoping to order this Master Ball replica will either need to wait for a (re-)release in their own country, or use freight forwarding services which can provide a UK shipping address.

「Life is just another mystery!」 · 16 · From USA/Your basement
Hey hey, I'm Mari! I am 16 and genderfluid; I use they them pronouns!
I love making sweets and researching Pokémon lore! Send me theories, I love hearing about them (same goes for recipes for sweets)
I usually can be seen playing games or on my blog
I own a Wii U, 3DS XL, and a Switch
がんばれ!
(English Pronouns Here)

New Pokémon Center store to open in Okinawa this August

Receive Marc0fier0's Dracovish in Pokémon Sword and Shield with code「EU1C2022G1FT」