Throw off a cliff/Marry/Make out with, Pokémon Anime Edition!

Everyone's played this game before, and that's because the results are usually hilarious and the rules simple.
Basically you give/are given three choices, and you have to pick from those three choices who you would throw off a cliff, marry, or make out with or possibly more.

1.) Anything risque or graphic should not be posted. Inappropriate Content infractions will be given to those that take things too far. Simply saying who you would make out with or murder is enough; there doesn't need to be anything more.
2.) You may answer as many of the posted K/M/Mow as you like, because you answer may change from another poster. However...
3.) If you are POSTING a K/M/Mow, you must ANSWER a K/M/Mow.
4.) You are allowed to tag a specific user and give them three choices, but any person may answer along with the person you tagged. A tagged user does not have to respond.
5.) Pokemon? Human? Anything from the Anime only is fair game

And lastly, the most important rule...
This thread does not discriminate between gender and sexuality! Anyone may respond to any!

Only those from the Pokémon Anime please.
S


Iteru said:
Only those from the Pokémon Anime please.
Click to expand...

Kill Yoshihiko, because I don't understand they hype behind his character.


gotpika said:
Kill Yoshihiko, because I don't understand they hype behind his character.
Click to expand...

Marry Yoshihiko, make out with Kiyo and kill Don George 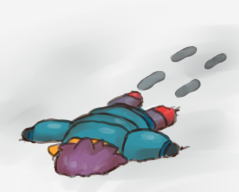 Marry Dento - obvious reasons, I want to be fed and loved and sparkled.
Make out with Antonio - He's not bad looking and he has a sexy voice.
Throw Paul off a cliff - Because he can survive it. Proven.

Of those three, I would definitely marry Don George, since he's a wealthy and respected man who could provide for me. However, he's kind of dull, so I would probably wind up having an affair with the infinitely more exciting Yoshihiko. Kiyo is the only one remaining, so he gets the cliff.
A


and for me personally i'd marry don george too for financial stability xD
make out with kiyo because he's actually kind of normal, and throw yoshihiko off the cliff

Marry Drew, Make out with Gary, throw Barry off a cliff.

Nooo, Aestivate D: How could you do this to meeeee ;_;

Well, I'd definitely marry Barry, but I dunno about the other two. Arrrrgh...make out with Drew and throw Gary off a cliff. I'm sorry Gary ;_;

Marry Barry, make out with Drew, and throw Gary off a cliff xP

Now I've Seen It All!

I thought it was cruise marry shag

Throw Chili's Pansear of a cliff because its sprite pose annoys me, make out with Cilan's Pansage because it's got the mouth open ready for it, and marry Cress' Panpour by process of elimination.

marry Pansage to get closer to Cilan, make out with Pansear, and throw Panpour off a cliff because its eyes are always closed so it wouldn't notice.
S

Marry Panpour
Make out with Pansear
Throw Pansage off a cliff.

1. Marry Panpour - because it's the closest thing to a woman when it evolves. XD
2. Make out with Pansage - Even though he spits seeds (ugh), I would teach Dento a lesson. >
3. Throw Pansear off the cliff - can't make out with it due the fiery breath and because it's evolution is butt-ugly.
A

Marry Banipucci - COME ON, ICE CREAM FOR THE REST OF MY LIFE, Make out with Komatana... Throw Lampuraa off a cliff because it floats anyway?

This will be easy. lol


Throw Kasumi off the cliff.
Make out with Haruka.