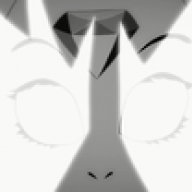 Alright so this whole thing started in the Tilia Channel in the Bulbagarden Discord and I thought I'd put up the details of this here.

While I am more active in the Discord, I'm placing it here so that Forum users can read what it is about.
It all started with me and Guzma and I thought it's a bit lonely with just the two of us, so why not invite more?

Rules:
You can make your characters here. You can make as many as you like but you can only have 6 Pokemon on hand when outside the house.
The format for creating a character is followed:
Name:
Pokemon:
Gender:
Nature:
Personality:
Moves:
Ability (Optional):


Example:
Name: Giggly
Pokemon: Ambipom
Gender: Female
Nature: Naughty
Personality: Giggly is quite hyperactive and playful. She likes playing sports and going out to new places. She dislikes being left alone by herself, and would often poke others so she could play with them. Her favourite food is Nanab Berries.
Moves: Double Hit, Swift, Focus Punch, Agility
Ability: Pickup

Please be careful of what you say, as this can lead to sanctions.
Guzma who is a mod here, has supervised on what I say when playing this game.

Overall, have fun!
If you have any questions message me on Discord. 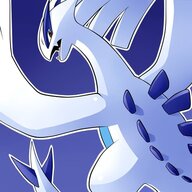 Agent2583 said:
Guzma who is a mod here, has supervised on what I say when playing this game.
Click to expand...

Name: Fuoco
Pokemon: Monferno
Gender: Male
Nature: Quirky
Personality: Fuoco enjoys playing with everyone and everything it sees. He often gets into trouble without knowing it, and is always trying to start something. He likes helping others but dislikes losing, as he is a sore loser. His favourite activity is swinging on branches.
Ability: Iron Fist
Moves: Mach Punch / Flame Wheel / Thunder Punch / Taunt
Name: Aria
Pokemon: Roselia
Gender: Female
Nature: Calm
Personality: Aria is very gentle and relaxed, preferring everything tidy and organized. She likes to meet new Pokémon and care for younger ones. She likes to be graceful and nimble, and dislike crass battling. Her favourite activity is exploring the forest.
Ability: Natural Cure
Moves: Synthesis / Magical Leaf / Toxic / Worry Seed
Name: Venus
Pokemon: Milotic
Gender: Female
Nature: Modest
Personality: Venus may be an elegant Pokémon, but she is also playful, as she enjoys taking Pokémon on a dive through lakes or dancing with them. She enjoys the company of others, and dislikes unnecessary fighting. Her favourite activity is swimming.
Ability: Competitive
Moves: Scald / Ice Beam / Dragon Pulse / Safeguard
Name: Cytus
Pokemon: Gengar
Gender: Male
Nature: Sassy
Personality: Cytus pranks everyone, from hiding in the shadows to surprise to tickling others unnoticed. He also enjoys seeing other pranks and gags. He likes to make others laugh, but dislikes sudden loud noises. His favourite activity is sleeping.
Ability: Cursed Body
Moves: Shadow Ball / Dark Pulse / Destiny Bond / Sludge Bomb
Name: Giselle
Pokemon: Kirlia
Gender: Female
Nature: Quiet
Personality: Giselle prefers working hard and is very ambitious about her goals to be strong, wanting to constantly better herself whether it is battle or otherwise. She likes to battle and test her strength, but dislikes when eating or ingesting sour or bitter food items. He favourite activity is seeing others battle.
Ability: Trace
Moves: Confusion / Disarming Voice / Heal Pulse / Shadow Sneak
Name: Nacht
Pokemon: Krokorok (Shiny)
Gender: Male
Nature: Adamant
Personality: Nacht does not like anybody else and prefers to do whatever he wants whenever he wants. He likes to go by his own pace, and dislikes others who bug him to do something else. He trusts little people. His favourite activity is scaring and intimidating others, to a playful extent.
Ability: Moxie
Moves: Knock Off / Dig / Crunch / Swagger

Oh yeah I forgot to mention my other Pokemon:

Name: Florence
Pokemon: Rapidash
Gender: Female
Nature: Adament
Personality: Florence has a somewhat fiery temper when angered but she is quite calm and soothing in general. She likes racing and game nights, mostly quizzes. She hates getting muddy considering she's a fire type and usually steers clear of puddles. Her favourite food is Tamato Berries.
Ability: Flash Fire
Moves: Flame Charge, Flare Blitz, Horn Drill, Bounce.
Name: Simon
Pokemon: Rhyperior
Gender: Male
Nature: Docile
Personality: Simon is a strongman and is proud of his heavy armour. He likes to do weight lifting and crafting, he hates having his armour broken or dented. His favourite food is Wiki Berries
Ability: Solid Rock
Moves: Rock Polish, Rock Wrecker, Megahorn, Hammer Arm
Name: Marcia
Pokemon: Milotic (Female)
Gender: Female
Nature: Modest
Personality: Marcia's beautiful looks charms anyone who looks at her, She loves swimming and decorating her tail. She hates getting caught up in conflicts between her friends. Her favourite food is Sitrus Berries.
Ability: Marvel Scale
Moves: Hydro Pump, Attract, Refresh, Water Pulse
I have plenty more, but you can see them in Discord as well as here.

An Overview of the Features in Legends

Movies/TV Commercials That Drive Us Crazy!