Toys 'R' Us tour to be held in UK this month: Mew available for download

To celebrate the European launch of Pokémon Diamond and Pearl, Cartoon Network, Nintendo and Toys 'R' Us have teamed up to create a tour of the United Kingdom throughout August. The tour will feature a costume competition for under 12s and the first distribution of Mew in the UK since 1999.

I'm too old for the competition but Mew is a definate draw. 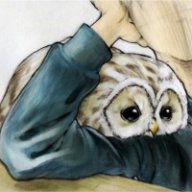 Any word on what level the Mew will be? "Level 9 or under," preferably. xfd
M

Grawh, no Manchester on the list... and I'm not one to travel... though if it's for Mew that'll actually listen, I suppose it seems worth it.
J

There's a Liverpool on the list, but unfortunately, I have no idea what Toys 'R' Us they mean. Is it any? >>; Cos I think there's like 3 in Liverpool.

You don't have to drive to all three. You can call in advance. 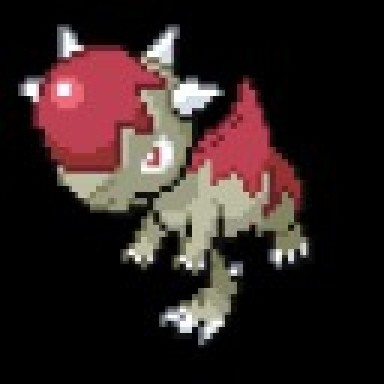 i got go & get my 1st event pokemon

Hey, that's what my BMG profile says. ;p [/sarcastically making fun of that idiot in the GTS debate who really thought I was 8 years old]
G

Hey, I just go by what your profile says. It's not my fault if you entered the date wrong. I suggest you don't use name-calling either because it certainly makes you look like an 8-year-old.

It's nice to know that the U.K. is getting Mew. They haven't gotten Mew in quite some time.

Good to hear UK is getting Mew.

Geoffrey2004 said:
Hey, I just go by what your profile says. It's not my fault if you entered the date wrong.
Click to expand...

Technically, he didn't enter the date wrong. It's the age of his intarwebz account. xD

And I know I don't have to drive to all 3, since they're all way far apart from each other. xD But to be honest, I don't want to ring up either, since it'd probably be less hassle just picking one at random and hoping for the best. >>
P

That sounds really nifty, but I don't think I would go... I would be surrounded by kids and possibly feel awkward. Still, a Mew distribution in my country is awesome.
T

So that makes how many UK events there have been?

Arm Boy, consider how many Events there have been in Japan and America, and I doubt you'd say UK get too many events.

Only ones I can think of in the last 10 years are a Mew Giveaway around the time of GSC, Deoxys Giveaway, The JAUK thing (Which I dont think should count. JAA got Celebi, Mew, Deoxys etc. We got Legend Birds, Dogs and PIKACHU) and now this one.

This will also be the first Ill be able to get to.

So I feel the UK gets pretty shafted if you look at it.

Plus, the first few places havent been able to get Mew due to problems with the Machines.

Australia gets shafted really bad. The only giveaway events we had was Mew for Red and Blue and Celebi for silver and gold.

The rest of the tours we had had no tour Pokemon. So yeah there's no such thing as an Australian Advance tour Pokemon.

Not that I'm bothered anymore.
I got a celebi bonus disk from japan so that's made up for alot. Ebay's great.=)
Plus online helps aswell. I mean I got my first mew cloned from a friend who went to America and I got another Mew from GTS. Japanese shiny mew. I'm pretty sure it's a faraway island one aswell.^-^

Got one deoxys also from that same friend that travels the world and an eon ticket from her. Though most Australians don't have these tour Pokemon in their Advance games so I was very lucky. Too bad Mew and Deoxys are cloned though. The celebi's I can get aren't cloned so at least that's something.

Don't think I'll ever experience getting a tour Pokemon from a tour again though. Nintendo Australia seems to be convinced that you can get them in the games naturally. They're not too bright.=P

You people in the UK are luckier than you think.
G

Joe said:
Technically, he didn't enter the date wrong. It's the age of his intarwebz account. xD
Click to expand...

The entry is in his date of birth though, so one would automatically assume that it's actually his date of birth. Either way, he probably should've made a note that's it's the date of account creation (which the join date also says otherwise). Then again, I'm not him, so he can do whatever he wants to his profile. Anyways, back to the topic at hand...

And I know I don't have to drive to all 3, since they're all way far apart from each other. xD But to be honest, I don't want to ring up either, since it'd probably be less hassle just picking one at random and hoping for the best. >>
Click to expand...

Calling them would be a hassle? Oo Is it really that hard just to call a store and ask if they're having the event?
M

Damn it, the closest to me is Teeside and it's today. No chance.

Going to the one in Warrington on Monday, it's about 45 minutes away on the train. I can't wait now, it's the first chance I've had to get Mew since I was 9.
N

This makes me think that I should have written an article about the Tour in Germany. But no-one cares anyway, so I guess it doesn't make a difference.