I for one, am happy to believe them to be real. Well, the Monkey Trio is undeniable, but the evos look believable to me.
It makes sense that, this close to the relese of BW, the final stages would be released/leaked. Ill be annoyed if Pokabus line is Fire/Fighting (as its midstage implies), but only because it would be the 3rd gen in a row to use that combo. I like the actual design.
The appearance difference in Mijimarus line is a little dubious (though look at Remoraid/Octillery) but if they r confirmed legitimate, Ill be using them as my starter.
I like the fact the the Grass Snake Pokemon actually loses the legs, though. The fact that Tsutarja has legs and is called a snake has infuriated my fiance since it was released.
I hope they r real, because then I can justify buying the game. 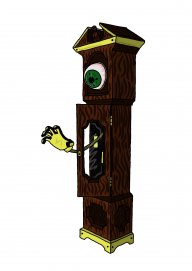 These went up on Serebii a few days ago and were taken down quickly, which makes me thing theyre fake.
the second stages are in the same poses they were in that anime concept sketch strip we saw a while back, which makes me think they were edited from that. if these were real we'd probably be seeing ken sujimori's art first, or a blurry screenshot.
Also the light blue chosen for the water second form looks like the kind of colour a faker would choose. i think its more likely to be white.

I liked the fake final forms that popped up a while ago. they were cool.

the monkeys are interesting. i wonder if the evolve from something like eeveemonkey or if theyre just parallels. maybe youll only be able to obtain one or two of them based on which starter you chose.
A

Bug- Then placed back on Serebii.

I actually kinda like the grass and water starter (GASP! Who said that!, no secret I didn't like the first stage of the water starter), but if they turn out to be fake oh well I will live. I cant wait until all the Pokemon are released and finally this fake crap can stop.
As for the monkeys, hm Monkey trio? If the other two aren't fake could we potentially be looking at Gen V's legendary trio? (Really? I really hope not, the other legendary trios were fine but this might just be weird)
A

The Tsutarja & Mijumaru middle-evolutions are basically confirmed to be real, atleast for me. Iris was seen as just a thought that almost no one wanted to happen yet it did. So those 2 are ok. As for their final evolutions & Pokabu's 2nd & 3rd stage, I say those are fake. Something about Pokabu's evolutions just throw me off a bit too much. Tsutarja's final form just doesn't seem like a Pokemon to me (then again, neither did Hihidaruma). And Mijumaru's final form (while it does look like the best one here) just screams fake.
6

Oh, nice observations, I thought they look familiar. Does that confirm them as real?

I think anyone can make up they made it. A ton of Pokemon look similar enough to say things like that.
E

All it means is that if the starter evos were faked, the faker has seen that art sheet. It doesn't prove anything one way or the other.


Exhibit A said:
All it means is that if the starter evos were faked, the faker has seen that art sheet. It doesn't prove anything one way or the other.
Click to expand...

Until I know what this "special source" is, I'm calling bull.
M

I think what they meant that if these are fake then the faker looked at the sheet and just used the two starter evos we have and made the others up. I personally think these are fake cause even though Miju's second form's design is right the color scheme seems off as it's completely eliminated Miju's white. I hope these are fake, I would be fine with Miju's and Tsu's evolutions but the Pokabu's evos scream Fire/Fighting and I really don't like their design

The water monkey just looks like yanappu colored blue. A monkey trio would make sense since Dento's gym badge does have red blue and green on it but I don't think these are real
E


yourlilemogirl said:
uhm guys, those final evos of the starts ARE fake, the Smugleaf final evo is an altered Milotic, the whole line of the FirePig is fake, and the final evo of the water one is an altered...i forget what, but they got the person to come forward and claim his hoax, hence why Seribii took them down.
Click to expand...

There's no proof that they are fake, just because someone comes forward and claims to have made them doesn't mean they actually did. And by the way, Serebii put them back up.
T

Dude that claims to have done it came out on 4chan. It's 4chan, which makes me think that the dude is telling the truth again, but then again he might be taking credit for some quick laughs. Who knows.

I personally think they are fake, as they just don't scream real to me, other than the second evos of Miju and Tsu.

Oh and if they are real, I like them none the less.
0

I just love the way everyone is going over the are they are real or fake. So what.
We all like Pokémon and if someone has taken the time to draw up some to pretend they are the new starters or legendarys then good on them and if they are any good and got people like me going I would like that one in my team then good. I have an image I found years ago that has Eeveelutions on it of every type, the Ice & Grass ones are wrong it is that old, but I would like that guys Eevees on my team as they look good.
I might well be gullible but I like them.
p.s. the monkey trio will be a gimmik team like + & - from gen 3. 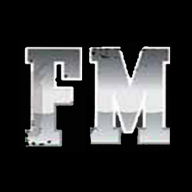 A heart made fullmetal.


No, but anyways I do like them. I really hope that they are real. And if not, then oh well. I really don't care anyways. I usually put my starters in the PCs at one point or another. OTHER THAN CHARIZARD! BEST STARTER EVER! 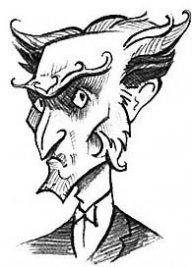 Not sure whether they're real or not...
And trying to work it out will probably make my head hurt.

They don't look too bad. Decent at least, but I'm leaning towards calling bull at this time, but we won't have long to wait anywayz.
6

So really it is the unicorn thing, the bear pigs, and the grass snake that are probably fake. Considering they look so different than the evo before it (grass snake and confirmed evo; big otter and unicorn otter; bear pigs) I think those ones we haven't seen are fakes, while the two on the sheet are real. In fact, they probably used those as a spring board the creators.
A

I'm sure they are fake (I like Mijimaru and Tsujuara's Finals though) But Pokabu... the design is okay I'll get used to it but god please not ANOTHER Fire/Fighting! We had this for two gen's in a row... 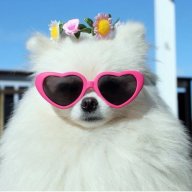 
-Ryuutakeshi- said:
the monkeys seem to be the plusle/minun of the generation.
Click to expand...

Wow, that made me realize how much of a gimmick Pokemon Yannapu seems to be. Acrobat, two other similar Pokemon; it's all for triple battles.