Honestly, why is Rock Tunnel the only place that requires Flash? Why bother having an ability that does something, when it is only used once in the whole game? 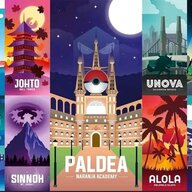 Greninjaman said:
Honestly, why is Rock Tunnel the only place that requires Flash? Why bother having an ability that does something, when it is only used once in the whole game?
Click to expand...

I would think to justify Flash. Now that you brought that up, it is an odd thing. Probably when they were making the game, they said, "We have this ability, let's create a reason to use it."

I mean, it made sense that Mt. Moon did not require Flash since you get it AFTER you get through it. I think Diglett's Cave and Seafoam Island should have required it as well.

Greninjaman said:
I mean, it made sense that Mt. Moon did not require Flash since you get it AFTER you get through it. I think Diglett's Cave and Seafoam Island should have required it as well.
Click to expand...

The thing about that is, Why can you only get it after, when Flash is available after the Boulder Badge and the location has to be Cut to?
The location of Flash doesn't make sense.

Unovia said:
The thing about that is, Why can you only get it after, when Flash is available after the Boulder Badge and the location has to be Cut to?
The location of Flash doesn't make sense.
Click to expand...

That is true. That area is pretty much optional. Would make more sense for someone to give it to you right before you enter Rock Tunnel.
Log #16-Lavender Town, the Town of Ghosts New

There isn't much in Lavender Town right now. There is a mystery in Town, however. Where is Mr. Fuji? He is likely to be in the Pokemon Tower, but I can't go there because there are ghosts there, which unfortunately we can't see right now due to not having the Silph Scope. The only other place here of note is the Name Rater, which in Generation I looks like a priest. To the south is Route 12. We could explore there, since it would be helpful to my Pikachu to use since there are fishermen.

Before I headed onto Route 8, I made sure to get 5 Great Balls. It was notable that Lavender Town is the first location that you can get Great Balls and Poke Balls are nowhere to be found. I deposited Machoke and Kadabra into Box 2. That's right, we are on Box 2! I traveled a bit onto Route 8, which had a bunch of trainers and a patch of grass with cuttable trees. Thank goodness I kept Parasect in the party to get access to this grass!

The only catch on Routes 8 & 7 is Growlithe, which is a bit trickier to catch than you would think, since it has a tendency to use Roar, which will end a battle during a wild encounter. It is also a bit hard to find, with the grass patch being full of Mankey and Ekans. Eventually I found it and on the second encounter, captured it. After I caught Growlithe, I focused on battling the trainers, getting my Charmeleon, Pikachu, and Pidgeotto to Level 32.

I boxed Growlithe in Box 2, then decided to pause. I know the Celadon Department Store has Evolution Stones I can buy, and I need a few of them. Which ones do I need right now?

In addition, I will be getting another Moon Stone too shortly, meaning Jigglypuff will be soon evolved, meaning the Moon Stones will soon be done. In the next Log, we will be having an Evolution Party in Celadon! Until the next time, we will see you!
Log #18-An Evolution Party In Celadon New

Now in Celadon City, I went to the back of the Celadon Apartments, collecting Eevee. Looking in my boxes, I gathered Growlithe, Gloom, & my Pikachu (in my party), making sure I had them in my party for the needed evolutions. Walking over to the Department Store, I bought 1 Thunder Stone, 1 Leaf Stone, and 1 Fire Stone, evolving Pikachu to Raichu (goodbye buddy), Gloom to Vileplume, & Growlithe to Arcanine. I then put all 3 in the boxes.

With Pikachu now permanently in the box as a Raichu, I had to ask myself what I wanted to do. I rearranged my team for the future.

In the next Log, we will determine what we want to do with Eevee, which is a bit of a wildcard. Until next time, we will see you!
Log #19-Regarding Eevee New 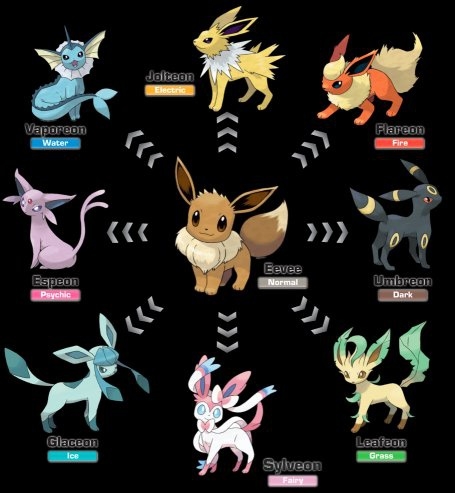 In the last Log, we collected Eevee, but left the question of what to do with it open until now. In Generation 1, we only have 3 options. Those options are the Electric Type Jolteon, the Water Type Vaporeon, & the Fire Type Flareon. In Origins, we know that Red had Jolteon in his final team, so that is what this Eevee will become. However, somehow, Red also got information for Vaporeon & Flareon. When I was buying Stones, I bought another Thunder Stone for this evolution.

With this evolution, what are we to do now? There are a notable amount of Team Rocket Grunts in Celadon. In the next Log, we will hunt down the Rockets in town and take them down. I will have to train my Onix and Jolteon up to match the rest of my squad before I hunt down the Rockets. Should not be too long. Until the next time, we will see you!

Authors' Note:
It's fitting that I am able to use the same title for the same log number on both my Silver Playthrough and my Red Run, isn't it?

The Team Rocket HQ was a very tough location, mainly due to the Warp Panels! If you are familiar with any of my other playthroughs with Warp Panels, you will remember that I HATE them with a PASSION! I managed to get through without a guide or video, which I was impressed by. At a point in the take down, I got the Moon Stone and the Nugget. I left for a moment to finally evolve my Jigglypuff to Wigglytuff, cash in the Nugget, then I started up again. Every time I got a TM, I would leave to put it in my PC, then come back.

There are 11 Rockets here, which provided a lot of good training. The goal here is to get the Silph Scope so we can go to the Pokemon Tower. The Silph Scope allows one to see the Ghosts. I also had to pick up the Lift Key to access the Elevator, which eventually got me to Giovanni. Every member of my team except Onix (who literally was no help here, since his Rock Throw is so inaccurate) gained a Level through the battles.

Now is the time to take the boss down! I used Machoke (Level 31) for the entire fight. He sent out Onix (Level 25) first, which died to a Low Kick. He then sent out his Rhyhorn (Level 24), which suffered the same fate. Lastly was her Khangaskhan (Level 29), which hit me with Comet Punch. Two Low Kicks beat it down. Giovanni was a pushover, and as he departed, left me with the Silph Scope. I escape Roped out, deposited Onix, when dropped off the Lift Key into the PC.

What will we be doing now? We could take on Erika now, but I think we will head back to the Pokemon Tower now and take care of some unfinished business. Time to rescue Mr. Fuji and collect some ghosts. In the next Log, we will do just that. Until next time, we will see you!
Log #21-I Ain't Afraid Of No Ghosts! New

With the Silph Scope in hand, I headed to the Poke Mart to pick up a Poke Doll (you will see why later), then headed back to Lavender Town, entering the Pokemon Tower. My first issue was battling Blue, who was waiting for me. He sent out Pidgeotto (Level 25) first, and I sent out Charmeleon (Level 33). A few Embers took it out. I then switched to my own Pidgeotto (Level 32) to take out his Growlithe (Level 23) and Exeggcute (Level 22). The Growlithe liked to Ember me, but overall wasn't a problem. Exeggcute went down easy to Wing Attack. When he sent out Kadabra (Level 20) and Wartortle (Level 25), my Jolteon (Level 29) easily took them both out with Thunderbolt. Defeated, Blue mentioned the Mother Marowak, then departed. The coward didn't want to help me!

As I climbed the Tower, battling Channelers, I captured a Gastly (Level 20) and Cubone (Level 20), which I deposited into the PC and sold off the Nugget and a few unnecessary items. With that done, I came back and finished. On the 5th Floor, there is a healing pad. Make sure to take advantage of it!

On the 6th Floor, there was the Ghost of Marowak (Level 30), trying to force me to leave. Earlier, I had purchased a Poke Doll from Celadon Department Store, which allowed me to exploit a glitch where I could use the doll to make the ghost disappear. Marowak was calmed, then departed. I liked the scene in Origins and the scene in Pikachu & Eevee for this. Being free to climb further, I took on some more Team Rocket Grunts to free Mr. Fuji. Grateful, he took me back to his house and gave me the Poke Flute, which can be used to wake some sleeping Pokemon.

Tower complete, I decided to box Machoke so I could get Gastly and Cubone in my team. What will I do now? Well, first, I am going to train Gastly and Cubone to Haunter (Level 25) & Marowak (Level 28), then I think I will go take on Erika for my next Badge. Until the next time, we will see you!
Threadmarks
Reader mode