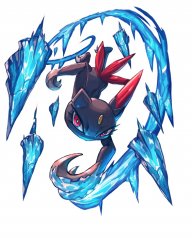 I actually got goosebumps watching that trailer, it was pretty well-made. I am disappointed that once again, we did not see anything like Alolan forms, but I'll take that trailer over a garbage z-move any day. It gave me hope that the UBs might actually be relevant this time (that Xurkitree summoning a giant thunderbolt on itself, epic). I really like the sentimental choice of making Nanu face off against Guzzlord, since it was that UB that ate his partner 10 years ago. Fitting choice. They seem to be facing off in front of Bulu's ruins, although I don't know where Xurkitree spawns, i can only see mountains behind.

I don't know why everyone automatically assumes the spacesuit fellas are villains. It's not confirmed anywhere and the stache guy named Zionira only talks about Necrozma and how it's gonna steal Alola's light. You are also shown walking around spacesuit folks' place which seems to be some ultra space hub or something (likely going up the portal on poni island). The spacesuit fellas don't seem to stop you walking past them so who's to say they aren't good? The only thing we really know is that they are new characters and not Faba/Anabel or whoever else. The woman's face can be seen to be more menacing with different hair than Anabel and stache guy is a geezer. Furthermore, the protag is shown wearing a spacesuit while riding the box legend, further indicating that whether the new chars are villains or not, eventually they realize their mistake and ask you to go clean up their mess/help you rescue Nebby. I'm getting team Magma/Aqua vibes from the whole thing but it's too vague to tell for sure right now.

I also don't know what people say about Lillie, she's shown watching Nebby fight Necrozma along with the protag and then she has another scene of looking distraught over Nebby having been Necrozma'd (some people mistakenly believe that scene is Lillie commanding necronebby but it's not). Her last scene is once again watching little light balls fall down alongside the MC, so I don't see how she's different, but hey.

Glad we finally got confirmation of Ya Boi Guzma existing along with skull (he has the tattoo and shades still). Makes me doubt whether the new chars are an entirely new "team" or just a new branch of Aether that we will meet in these games just like Charon in Sinnoh and Colress in BW2. From what I've heard about translations, Guzma says something like "make use of my enemy...or make use of myself.." but no real clue about a coherent translation Still hope he has a better place in USUM.

I'm not sure if the place where Necornebby is held is the pokemon league, it looks different to the one in SM and yet the venue looks quite similar as well....hmm, wellp, good food for thought in this trailer. I won't lose hope for alolan forms until the month is over and I'm not gonna complain about what we were shown last night, the month has only just begun.

if we don't see alola forms in CoroCoro this month so there is not going to be new ones.

dvor said:
if we don't see alola forms in CoroCoro this month so there is not going to be new ones.
Click to expand...

corocoro is a bad source to base conclusions off of, it rehashes info from other sources more often than not, so it'll be more about whether trailers before/after corocoro show any 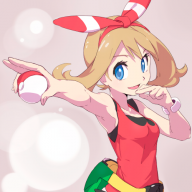 Niyuura said:
corocoro is a bad source to base conclusions off of, it rehashes info from other sources more often than not, so it'll be more about whether trailers before/after corocoro show any
Click to expand... 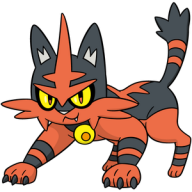 If anything, I'm expecting the official character art for Zionira and some of the other new guys in Corocoro, and maybe also official art/descriptions for Burst and Assembly.

It's interesting that this trailer only showed Zionira and the woman who looks like but isn't Anabel, since in the poster they were further in the background and less prominent than the girl with the braid and the guy with crossed arms. I wonder if those two will have an even bigger role that GameFreak doesn't want to spoil yet.

As an aside, I hope this new trailer doesn't go the way of SM's most cinematic trailer and end up using music that never appears in the game. The theme it uses is so good that I literally have the video on repeat in the background right now, and the percussion is super reminiscent of Arceus's theme and just generally epic. Sadly I doubt it'll be ingame unless it's for a cutscene, though.

Rosalia R said:
The theme it uses is so good that I literally have the video on repeat in the background right now, and the percussion is super reminiscent of Arceus's theme and just generally epic. Sadly I doubt it'll be ingame unless it's for a cutscene, though.
Click to expand...

I'm glad that I'm the only one not playing it over again and again... the video and music seems beautifully sinister if anyone gets what I mean...

Also, seeing Necrozma trying to absorb that orange ball of light- I guess that's how it turns into the orange deoxys-like thing on the boxart. 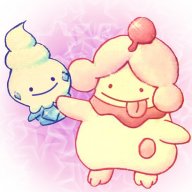 UB adhesive looks cute to me, I like it! 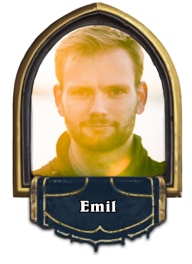 The new evil team looks cool. Robotic themed.
Travelling through worm holes and stuff? Looks a little too gimicky to me. The new UBs? I like the Adhesive one. Looks alien like and cool. The other ones are mehh.
The new feature where we battle the UBs at their habitats. Cool. 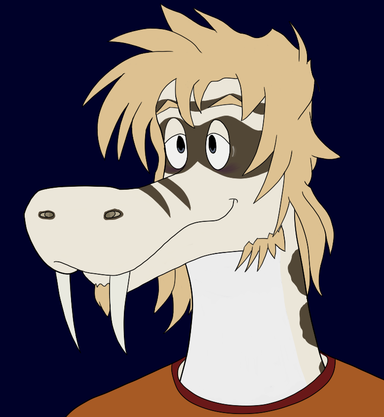 I KNEW we were going to travel to the UB's own domains!

lavandula said:
UB adhesive looks cute to me, I like it!

3 brand new UBs. Still 0 alolan forms...why does GF do this?

Cool trailer I guess, at least it seems like we will have better postgame

Adhesive is super cute. (There's a sentence I never thought I'd say.)

Might get both games now instead of just US.

Whoa! So much going on here. Really intrigued by the Ultra Recon Squad and their dark homeland, and I'm glad to see there may still be a few new Pokémon yet to be revealed, though I wish today's newbie were something other than a UB. Also wish UB Assembly ended up being something more interesting than Rock/Steel type, but you can't win 'em all, I guess. Between this trailer and yesterday's Japanese trailer, I'm definitely still looking forward to US/UM.

OMG that trailer tho. We can control Solgaleo and Lunala through the Ultra Wormhole! We can battle the Ultra Beasts in their own worlds (can't believe that turned out to be true)! Ultra Megalopolis looks so cool. The Ultra Recon Squad looks badass and they have version exclusive members. UB Adhesive is so freaking cute; a first for an Ultra Beast And we got UB Burst and Assembly's types. Damn, that was amazing.

YEESSS, we get to travel to Ultra Space to battle the UBs, that's literally all I wanted!

So the evil team members are dependent upon the version, that's pretty cool. I really want to see more of their goal, they seem super interesting!

My only concern is there are still 6 weeks left before the release. That's more than enough time to spoil everything.

Since the new guys are called "Ultra Recon Squad" ..the word recon doesn't entail them being bad guys but like some UB-study group that's gathering UBs or something

Now THIS is how you do a trailer. They actually explain more of what's going on, what's in store. They give us new locations and show us how they'll be utilized. And they show us that they're planning on fleshing out Ultra Space in a meaningful way.

I hope we can catch Ultra Beasts in the main game. I'd like to have Adhesive on my team, assuming its minmaxing doesn't make it horribly broken. Though tbh, I wouldn't mind seeing weaker, but more rounded Ultra Beasts to balance things out.
G

Still keeping my fingers crossed that they still have something left to show us (looking at you new Alolan forms).
But I'm loving what I see. Now I'm curious how it fits in context with Sun/Moon. Is it a sequel? Or an alternate reality like ORAS is to Ruby/Sapphire?
You must log in or register to reply here.
Share:
Facebook Twitter Reddit Pinterest Tumblr WhatsApp Email Link
Top