A selection of events are currently running in Pokémon Café ReMix, with the debut of Dialga, and a selection of limited time bonuses and presents associated with that event. Gardevoir, a recommended Pokémon for clearing orders in this event, is also currently a target for Pelipper Delivery.

Visit from Dialga Event
The Legendary Pokémon Dialga arrives in the new event, Visit from Dialga. During this event, players will earn legendary coins for raising Dialga's full-belly rank, which can be exchanged for certain rewards and boosters. Players who collect enough legendary coins will be able to recruit Dialga as staff. Players can also receive additional rewards based on their rank for this event, including Golden acorns.

Dialga's Skill clears Pokémon and gimmicks above. Dialga also has a Sidekick bonus, granting the player extra time if Dialga is added to the Sidekick lineup.

The order category for this event is Sweets, with gimmicks including bubbles, nuts, cheese, and others. Five-star chef Celebi and Gardevoir, who are both currently available through Pelipper Delivery, come highly recommended to help players with these gimmicks.

Special Daily Stamp
As part of the Visit from Dialga campaign, a Special Daily Stamp is running until September 21st at 2:59pm (JST). For a maximum of 7 days during the event period, players will receive presents such as Golden acorns or L-sized Tarts by logging in. These log-in bonuses refresh at 3:00pm (JST) daily.

Dialga Courtesy challenge
Alongside the Visit from Dialga, the Dialga Courtesy challenge will be running in-game until September 21st at 2:59pm (JST). By completing Main orders and special challenges, as well as participating in the Legendary visit event, players can earn various rewards and boosters including stamina shards and Golden acorns. If all Challenge cards are completed, players will be rewarded with an 11x express delivery ticket.

Limited Time Packs in the In-Game Shop
The Legendary Store Daily Stamina Pack is available to purchase in the in-game shop until September 21st at 2:59pm (JST). This value pack includes 4900 Golden acorns, and 20 stamina shards.

Pelipper Delivery now delivering to Gardevoir
Following hot on the heels of Kirlia, who received their Grand gown outfit in the recent points event, the Embrace Pokémon, Gardevoir is now available through the Pelipper Delivery feature.

Until September 21st, at 2:59pm (JST), there will be a greatly increased probability of Gardevoir being served drinks and dishes. The chances of receiving rewards from Gardevoir when departing on a delivery are also increased, with players able to receive cookies to boost Gardevoir's friendship level.


​
During this period, the 1x Express Delivery function can be used for free, once per day, giving players an excellent opportunity to befriend Gardevoir and have them join as staff. Gardevoir's Skill clears Pokémon icons and gimmicks diagonally. Players can also combine skill icons to expand this skill's range.

To use Pelipper Delivery, players must have reached Order #10.

New Main orders available
Main orders #1451 to #1475 are made available on September 7th. Players can attempt these orders if they have cleared Main order #1450. 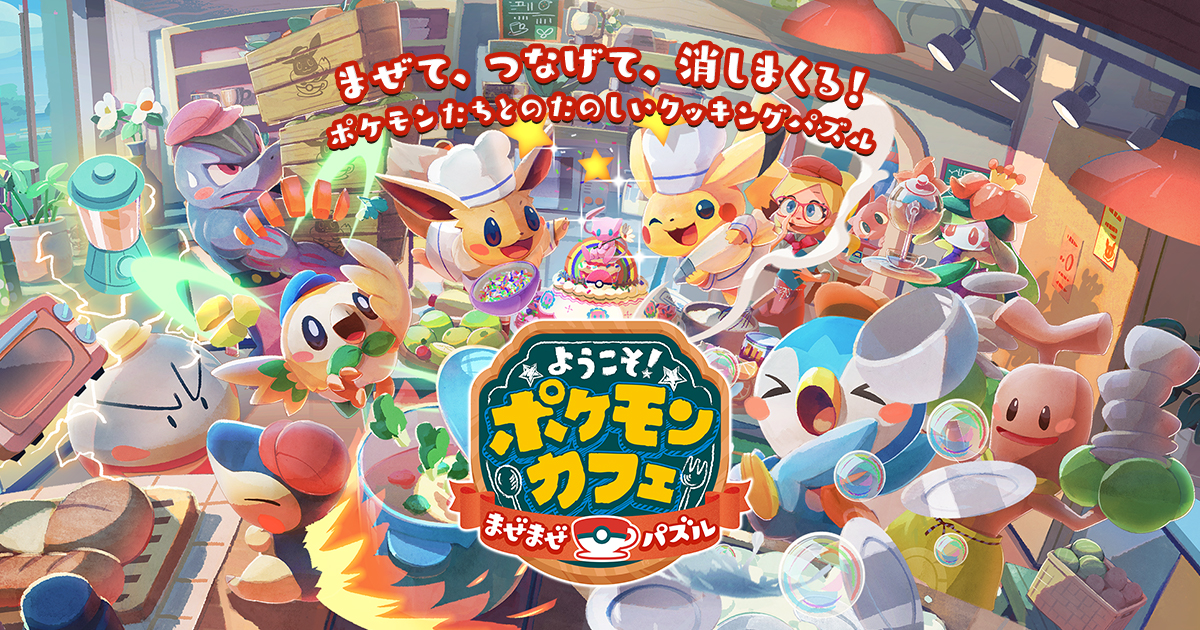