Amidst a relaxing party in the central building of The War Room, members are shocked to find a dead body. Seven do not have alibis.
Soulmaster mumbles nervously. Kyriaki quietly sips her tea. Crackfox elbows Humandawn, who glares back.
Life and Midorikawa wrap the body in a tablecloth and move it elsewhere. Leggo watches the other suspects worryingly.

Who is the murderer? What was the weapon? And where did they kill?

The Eight rooms on the Playing Board
Study, Observatory, Lounge, Library, Dining Room, Art Gallery, Hall, Kitchen
Locations of the room on the playing board matter in gameplay, so keep its existence in mind.


~ OBJECTIVE ~
The objective is simple - figure out who the murderer is, what weapon they used, and in which room the murder occurred.

~ MECHANICS ~
Mystery Game’s mechanics are basically same as those of Clue/Cluedo board game’s. If you know that board game, you’ll have a better understanding.
Please read thoroughly and if there is anything that confuse you, do ask.​


1. When the game starts, I will randomly pick from each category to create an answer - the murderer, the weapon used, and the location of the murder. This process leaves six innocent suspects, six weapons, and seven rooms unrelated to the murder.

2. Each player receives a set of four clues to start with. I will give one suspect, one weapon and two rooms that are unrelated to the murder.

4. When in an area, you can submit a Suggestion - consisting of a suspect’s name, a weapon, and an area.


Suggestions are meant to eliminate clues that are unrelated to the murder, so you would need to use clues that you believe can be related to the murder.
If there were any clues unrelated to the murder in the Suggestion, I will reply with one of them to disapprove the Suggestion. When disapproving a suggestion, I will run down the clues that other players have in a certain order. The order will be decided by the sign-ups. Also I will deny in this order: suspect -> weapon -> room.
You do not need to be in a certain area to include the area in your Suggestion. E.g., you can include Library in your suggestion even if you are in the Hall.​
5. When your Suggestion was disapproved, you must move to a different area in the next turn.


When moving, you can only move to an adjacent area, be it vertically, horizontally, or diagonally. The central area marked 'X' cannot be entered. If you choose to move to a location that you cannot move to, you will end up wasting a turn. If you accidentally sent a wrong choice, don't panic - send in a new PM with your new choice. This also applies when you wish to change your suggestion or move otherwise. I will only consider the final PM received.​
6. There are two hidden passages. They allow you to make a Suggestion in the same turn you are moving to the connected room.


When making a public accusation, you must be in the area where you predict the murder occurred. After you are in the area, make your post in the thread, announcing your answer.
You have only one chance to make an accusation, so be careful! If you are wrong, you will be eliminated right on the spot, and the clues you had will be randomly distributed among players.​
One key reminder: You do not need to memorize the whole list; this OP will stay the way it is, along with the ‘board’. You’ll have to keep track of clues you received on your own.
I will be mainly using Private Messages, but if you wish to use Quicktopic, simply let me know.


~ RULES ~​
1. Each turn takes 48 hours. A turn will end around 11 PM GMT +9 (9 AM EST).
It’s plenty, there are no public votes or arguments that you need to think through. Just remember your own list of clues in your private notes. Depending on how the game goes, I will shorten the phases to 24 hours so that you'll get results quickly. Later phases will likely end as soon as I get all the actions.

2. I will either sub or eliminate players if they are inactive for 72 hours.
Inactivity would mean when the player does not send in actions.
For the first three or so Turns, I will sub players if possible. The subbing players will be given the previous player's clues (including the ones they earned via suggestions) to start their game with. After those turns, I will start eliminating inactives. The clues that the eliminated players had will be randomly distributed among the remaining players.

There is little activity required for the game; just send in your action or make your one public post when you declare your answer. 48 hours is plenty even with timezones considered. I’ll be harsh on activity.

3. All game-related talk has to be done in the public thread.
Feel free to chat and discuss about how Min uses odd items for the clues and whatnot. hey, at least there isn't a Lightsaber among those...
However, I don't recommend that you post your clues though for the obvious reasons.

4. Questions are fine, be it public or private.


The_Pikachu said:
I don't know what Cluedo is
Click to expand...

:0
You must play it. It is fun when people don't cheat 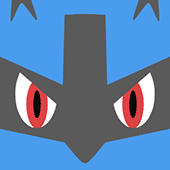 
The_Pikachu said:
Hello I don't know what Cluedo is and would like to play please
Click to expand...

It's a board game, players receive cards as clues and whenever they make a Suggestion, a player would show one of the cards in their hand to disapprove it if they can. Here I'm going to do that for you to make that process easier and faster. Don't worry, it isn't difficult, and I welcome questions if you're confused about mechanics :3


Flopjack said:
You must play it. It is fun when people don't cheat
Click to expand...

How do people cheat in this game, I never had that before :0

Flopjack said:
You must play it. It is fun when people don't cheat
Click to expand...

How do people cheat in this game, I never had that before :0
Click to expand...

They lie about the cards they have.

Phew, didn't miss a spot. I was reading rules at school but the bell rang and I'm only just remembering to check again.

In please. Let's see if I can win this one also.

;o; It seems I'm late to the party - literally! I'd like to sign up as a substitute, if that's alright.

I'll give out the first set of clues to start with tonight.

When you get your first set of clues, please confirm in the thread that you received it.

Also one important thing other than the confirming - you need to tell me via PM the first location to start the game with. It can be any room of your choice on the playing board.

When disapproving Suggestions, I will be running down clues in this order

For example, in case of Flopjack's Suggestions, if The_Pikachu has any clues to disapprove his, her clues will have priority. If she doesn't have any, Sword Master's clues will be next considered.

(Just in case, disapproving Suggestions is my task as a host, so no sharing clues among players~)

Also, you need to tell me privately the location you would like to start the game from.
If you don't, you'll end up having to waste a turn moving to your location in Turn 1 instead of submitting your first Suggestion. So don't forget!

My clues, I have.

I have all my cards