Contest Weavile vs Dusknoir vs Crobat vs the Eeveelutions

All these Pokemon are overrated I'd say Crobat. I like bats. 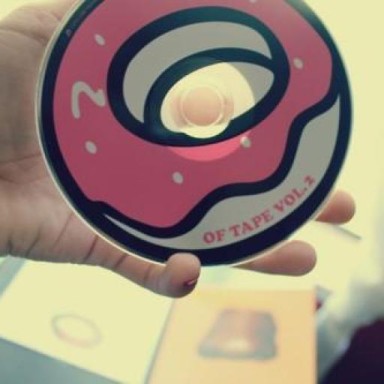 I pick Crobat. Weavile is meh, I never cared for the overrated eveelutions, and Dusknoir is an unnecessary evo for Dusclops. Plus Crobat is the only one in list I used , it has 4 wings, has an epic cry, and I love bats!

...What do the the Eeveelutions have in common with Weavile, Dusknoir, and Crobat?

I'm going with Weavile, since it has a type advantage over Crobat and Dusknoir.
T

I went with Crobat, the silent killer.
M

I chose Crobat. I've always like and looked forward to having one on my team. :B
S

I'd say Weavile because it's like a ninja.
I

This discusses several match-ups in the same thread. Namely "Weavile vs Dusknoir vs Crobat" and the Eeveelutions among each other and each one of the pokemon against everyone else.
So it comes out as a completelly nonsensical poll. I don't even know what to compare of them as each have their completelly different reasons to be "better".

Even if you say that, do I measure how strong WDC are and how cute the Eeveelutions are and then see which I preffer or something?

It'd all boil down in which I like just because. So I guess I could say Glaceon, followed by Dusknoir, but there's no reasoning behind that choice.

A better idea would be to just discuss Weavile vs Dusknoir vs Crobat and leave the Eeveelutions aside.

In that case, I'd say Dusknoir. I never liked Crobat, and Weavile never fit my playing strategy. I like Dusknoir's design too, what with the mouth thing eating spirits, and the pokedex seems inconsistent on their fate.
S

I can't decide between Weavile or Umbreon...
I'll go with Weavile, because I had better experience with it than Umbreon.
B

The 7 Eeveelutions will gang bang the three of them.
M

Betsy said:
The 7 Eeveelutions will gang bang the three of them.
Click to expand...

Actually weavile can defeat almost all of them, but it's your opinion.

In my opinion Crobat is the best, followed by Dusknoir and then Weaville. But that is really just in favourite order. I'm not sure who is the highest ranked competitively. But in all seriousness, is there actually any synergy or form of relationship to base each Pokemon against each other (as a group, not Dusknoir vs Crobat vs Weaville vs the Eeveeloutions).
Last edited: Jun 27, 2011
T

Ah, Weavile for sure. Weavile is the only one on here that has the best chance at sweeping. STAB Ice Shard is win.

This is one of the most random polls.

Anyway, I choose Weavile since it's over rated and the most USABLE out of this pathetic group of pokemons.

p.s I love Glaceon.
A

Crobat edges out the Eeveelutions. I love the Eeveelutions, but Crobat is arguably the best-designed Pokémon ever (hyperbolic as that may seem). The massive speed doesn't hurt either.

Random much??
But I'm a huge Vaporeon fan, so I have to vote for it.