1692 words on my NaNoWriMo story. I'm starting to lose my drive for it, but I'm gonna power through since I don't want to just abandon it 9 days into it.

Not a story per se, but I did just finish writing my review for the anime Kemono Friends! Posted it on my blog!

Decided to change a character's name based on a typo last night, which gives me a little more options for nicknames. While looking at the weather screenshot I took, I noticed the "passing clouds" weather, and decided to look at the screenshot of the previous day, which turned out to be different than what I saw originally - forcing me to transplant a couple sentences from the earlier bath scene; because of this, I can't get an accurate word count. Anyway, they finished the puzzle, rested a bit, and returned to the "dormitory". Besides dinner and bathing (which was what triggered the transplantation), the day is over, allowing me to start the following day. Also did the order that Momoka and the others enter the room, as well as the seating arrangement, for the next three days, so I'll won't have to do it tomorrow. Knowing that my notes of the puzzle made it seem like it was going to be easy to write the scene out, I expect this next puzzle to be a bit tough to write.

374 words for In the Face of Adversity. Decided to just wrap it up with a short chapter since I've lost the drive to work on it anymore, and I didn't want to just leave it unfinished.

426 words getting Momoka through breakky and such, and also getting her to the puzzle site with her partner for the day. There was a bit of tweaking with the latter part of the last sentence from yesterday. Wrote more than I thought I did, considering that today's been kinda weird, and I also found when I got home from work that the document was unsaved since last night... è_é

Mostly did a few team edits before sending to beta. Aim to have next chapter out by end of month.

501 words: got them to the puzzle area, described the puzzle a bit, got them to figure out the puzzle's orientation, and where each piece belongs. Was stuck for a while because I wanted Momoka's partner to cut her dialogue off (which I wrote last night), but decided to take a different route instead, which helped me get rolling again.

Yesterday now, but about 250 words of Chapter Thirty Two drafted, another 100 or so edited

Tweaked some of yesterday's stuff because the way I wrote it last night didn't fully sit well with me since last night. Also started a non-canon portion to Katakura where I pull the characters into a "construct" and do a hard self-insert to "chat" with them and such... I was originaly thinking mischievous things would happen, but I haven't gotten there yet, assuming it happens. 2203 words in that non-canon thing (which I forgot to mention is titled "Katakura: WTF Is Going On?" I definitely needed to write something like this though because it was a break from the norm, and if/when I get to the parts where it maybe becomes more comedic-ish, it'll be that much more enjoyable. Not sure how much focus I'm going to give WTFIGO? but I'm hoping to drop some words into it once in a while to break up the monotony of Electrowood (or whichever of the three stories I'm working on).


I've been reading the webcomic El Goonish Shive, and it has an accompanying spin-off (?) comic titled El Goonish Shive: NP (pretty sure "NP" stands for "newspaper") which is a collection of mostly non-canon events with the EGS cast. Anyway, a couple of the arcs really inspired me to write a non-canon spin-off thingy that would include mischievous things happening, and gave me a huge boost to want to write it out.

I guess it wasn't that long, but kinda off topic maybe? Idk, and I want to go to sleep...

A good 250 words today. Tomorrow I'll give the whole chapter a good read-through and make the obvious edits. Maybe I'll take some time to do some more in-depth editing, maybe not, then it's off to the beta's

Fixed a couple things in WTFIGO? and got some notes into it. Nothing else since I ended up with SwSh a day early. 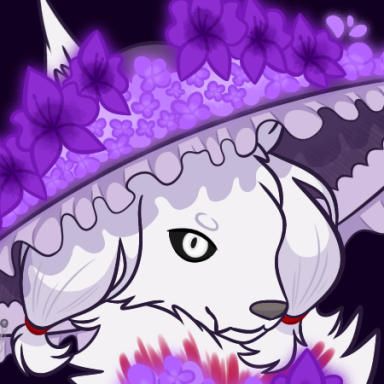 Wrote something in SaS’s chapter 1 rewrite today, which is good since I’m probably not gonna get much writing done after I get Shield (either today or after the cruise).

Been writing 100+ words a day of Different Eyes, I'm delighted to say. It's not exactly NaNoWriMo, but it's something.

Working my way through the planning of Chapter Thirty Three. I'm still not 100% where it's going to take me

FINALLY finished chapter 61 of MarJour and posted it!

Being stuck on a cruise trip with almost no internet access is rather conducive for writing. Managed to finish up that problematic segment in SaS’s chapter 1 rewrite, and start on segment 3. I’m aiming to write as much as possible of the third segment before the trip ends tomorrow, and hopefully finish rewriting it by the end of the month/before I get Shield.

Approximately 320 words of Chapter Thirty Three, plus a little bit more planning for the chapter and the character arc that follows - it's been a good day

Wrote some notes of a possible event that I thought of this morning in the planned pokéfic of mine. Still no work though - still swept by SwSh.

...well shit, I got Shield. Unless I can somehow pseudo-speedrun the whole game within four or so days, I’m prob not gonna meet my “deadline”.

Edit: While separated from my Switch, I elaborated some more on that rewrite segment, because taking it slow seems to work for emotional backstory pieces.
Last edited: Nov 22, 2019

...and ironically, I‘ve been writing more since I got Shield than before buying it. Still on segment 3 of that rewrite, attempting to nail down a decent physical description for anthropomorphic spiders. At least I’m writing something.
You must log in or register to reply here.
Share:
Facebook Twitter Reddit Pinterest Tumblr WhatsApp Email Link
Top