Nothing written and nothing in terms of planning - too many things to take care of today and a lack of energy. C'est la vie.
Last edited: Dec 27, 2019

I think I've done the final edits to Chapter Thirty Three. If it still looks finished tomorrow morning, then I'll go to publish

I made a post for a roleplay. Does that count?

Also nothing written, been trying to rest since I'm sick.

Published Chapter Thirty Three. I intended to make a start on Thirty Four, but ended up drafting the next bit of the arc instead

Finally made a start on my fic and... it turns out I might be a bit sarcastic.

Made kind of a start on Chapter Thirty Four, to the tune of about 150 words thrown at the page

Wrote about 1300 words into an Ash and Iris date, though I may have to remove it because it is possible my humor attempt could be taken the wrong way.

...For some context Iris and Ash are in a mirror fun house and Iris makes a joke about how the mirrors exaggerating her hip size makes her look like Misty (characters are older and thus puberty), and then says she and Ash should find a mirror that makes their chests bigger for a similar joke. It's not framed in a 'A-Cup Angst' way, but I'm concerned that it might come off as meaner than intended: Iris for making the joke and Ash for laughing at it.

Saturday: 0 words, unless you count the notes I added for upcoming pokéfic. (I spent nearly the entire day in bed.)
Sunday: 0 words. (Recovery started late in the day, but I wasn't in any condition to look at a monitor long enough to get some words in.)
Today: 125 words to get the two to the closed "sightseeing room", and then to the souvenir store.

I wrote... some stuff. No idea how many words it was or even if it's really enough to count as "writing" but I'm not finished so eh.

Due to having a cold I have a lot of free time on my hands, so I wrote the next chapter in Chaos Rising (Templar Trouble). This chapter introduces us to not only the Templar Knights of the Four Stars Church, but our first meeting with a Shadow Sentinel, essentially a Shadokor ninja. Also, Leon's half-brother, Robert, makes his debut. It also shows that the Sword, Axe, and Bow Heroes may be catching onto the fact that the Light Elves aren't as benevolent as they claim they are, seeing that Celtic had the right idea to abandon the Light Elf Kingdom as quickly as possible (not to mention the royal family are cheapskates, paying the Heroes low wages for fighting off Infinator's waves). But, anyway, Team Shroud trounces the Templars and sends them packing. The next chapter, "Cutting the Ties That Bind", will be a Skye-focused one, where she'll reach her breaking point at how vile her species are. What does this mean for future chapters? We shall see.

101 words today. Finally got back to where I originally left off at before having to fix stuff...

Managed to finish the next chapter in Chaos Rising (Cutting the Ties That Bind). Technically, I started it last night, as I was trying to stay up until midnight, but my cold got the better of me so I was forced to retire early. Anyway, while the premise of this chapter remained the same, I reworked it, as my original plan was to have Skye's dirty coward of a brother try to kill her, with her performing a certain act to not only escape but prove her resolve. However, as a previous chapter had stated that the Light Elf knights are not welcome in Delgunner's territory and are banned from the checkpoint, and since Reginald only fights if he has backup, as he's a wuss on his own, it kinda fell apart. So, as a result, this chapter became more of Skye's inner thoughts and feelings, as well as showing her softer, somewhat insecure side, while still showing her resolve to cut ties with her race and start anew, which she does. The next chapter, "Lucas Strikes Back", will be yet another attempt from Lucas to humiliate Celtic and drag him back to the Light Elf Kingdom to pay for his "crimes". Naturally, don't expect any miraculous victories from that moron, as the Shroud Hero is just too competent to let a drooling imbecilic like Lucas get any advantage.

Sorry for the double post, but got the next chapter of Chaos Rising done (Lucas Strikes Back). As always, in order to prove he's the "real" Hero and Celtic is a "loser", Lucas gets into yet another cockfight with him. The results: a total victory for Celtic, making the score Celtic: 2, Lucas: 0. And we have the return of Skye's running gag at Lucas' expense, even after he made precautions... which failed miserably. He's never going to have kids at this rate, and that's a good thing, as the universe wouldn't be able to handle it. And, yes, a lot of the humor is at Lucas' expense, but given he's quite the jerk jock, isn't very bright, very egotistical, and is Veronica's puppet and meat shield because he believes her lies, it's pretty much karma 99.99% of the time. The next chapter, "On a Wing and a Prayer and Another Wing" (yes, very clever name, in truth, I picked this one up from Skipper from the Penguins of Madagascar) gives us the next wave battle with Infinator's forces, where we'll debut one of his newest Generals. Will our heroes prevail? Or will this new General finally end things? We shall see. 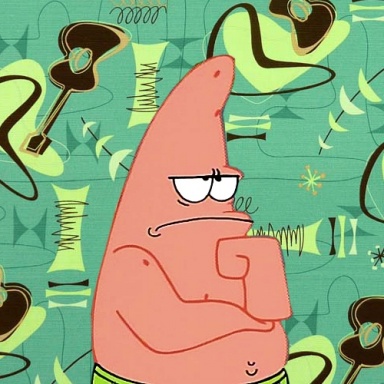 I tried writing a Pearlshipping fic, but I ended up trashing the first draft in favor of doing it over again.

322 words today. Had a couple irl things to do today, but otherwise I feel much more normal today than previous days. Also worked out some details for a much later scene in Aerosteel.

I dunno what I wrote but I think I'm making a small amount of headway. Changing to in media res was a good idea.

About 100 words drafted, I think

121 words. Momoka and Keiji pass the remaining time before heading to eat, and they're now seated in a restaurant with the rest of the squad and the driver. Lethargy started to kick in sometime after dinner, otherwise I probably would've gotten more written. :/
You must log in or register to reply here.
Share:
Facebook Twitter Reddit Pinterest Tumblr WhatsApp Email Link
Top