EVERYONE: What happened to the thrid starter? 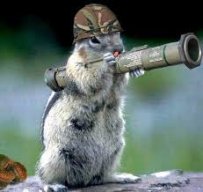 Yes, im back after a very long hiatus. I'm trying to resurrect one of my fics that seemed to get the most reviews after being posted. I edited ALOT of stuff, so although there will be a few things that are the same, most of it will be different. The Prologue and chapter one are really short. Enjoy!

Prologue
Do you remember the days when Squirtle, Charmander, and I were your starters? Back before they discovered any new regions? Well, if you do, congrats, if you don't, too bad, because this is where my story takes place. In good 'ole Kanto.

I was just a baby at the time when the professer found me. I was the runt of my litter, so they abandoned me, left me on Route One, where a Pidgey was sure to get me. I can remember the day like it was yesterday.

The day was a dark, rainy day. I was running, trying to find a shelter. While running, I stumbled and fell. The fall injured my back leg, making me unable to run. I curled up in a ball, not knowing what else to do. That's when I heard a noise. It was silent, but I could faintly hear someone moving. I looked around, but was unable to see anything but wet, green vegetation. That's when they appeared. Two Ekans and an Arbok. They circled me, then began closing. I had no clue what to do. It was useless to fight them, three against one.

"Slowking, stop those pokemon!" shouted a voice. A pink pokemon with a shell on its head suddenly appeared next to me. It's eyes flashed pink, then suddenly, the attackers fell asleep.

"Good job Slowking!" shouted the voice. I looked and saw a two leg standing behind a bush. The two leg ran over to me and examined my leg. The two leg grabbed a bottle of some kind from a pouch he was carrying, and sprayed his contents over my leg. I was instantly healed, my leg feeling fine.

The two leg reached into his pouch again and pulled out a sphere. The sphere was red on top, with a white bottom half. The two leg threw the sphere at me, bouncing it off my bulb. The sphere then opened, sucking me in…

You got my attention, can't wait for the next part.
:3
V