What if the legendary beasts weren't Eevee or Poochyena

By this I mean, they're quadrupedal and canine NOW, but that may just be how Ho-Oh resurrected them. For all we know, the siblings that walked in the Burned Tower 500 years ago and got burned there were, like, 3 Sunkern.

I don't think they were any species that we know of.

Esserise said:
I don't think they were any species that we know of.
Click to expand...

Yeah, they could likely have been a dog-cat-gerbil Pokémon species that is extinct by the time Red and Brendan's Pokémon Journeys start. Well, when they show the beasts before their current forms, they show generic silhouettes which could be an interpretation of their original forms.

I originally thought they were Eevees as that's the fanon theory, but those are originally from Kalos which is likely somewhat far away from Johto.

Seeing what Pokémon are found in the Johto towers, it's propably either Rattatas, Zubats, or Koffings. (Gastly are in those towers, but not in the Burned Tower, and also they're basically undead.)

The events that led to the revival of the unnamed Pokémon as the Legendary Beasts occurred 150 years before GSC/HGSS.
The exact Pokémon that perished in the fire is never explicitly revealed, and I do feel that this is on purpose, because it adds to the mystery.
Rewatching the Pokémon Generations episode: The Reawakening, however, does show that the three Pokémon were, in fact, canines, as seen around the 1:20 mark.
The silhouettes still don't look like Eevee, any of the known Eeveelutions, Poochyena, Mightyena, Growlithe, or Arcanine.
It is possible that the Pokémon in the tower were from an endangered species or that they went extinct in the 150 years before GSC. Given that it was a time of war, it's also entirely possible that this species was driven into extinction due to being used in the war or because it's natural habitats were destroyed by the constant fighting.

Either way: canine, yes. Eevee or Poochyena, no.

Maniacal Engineer said:
The events that led to the revival of the unnamed Pokémon as the Legendary Beasts occurred 150 years before GSC/HGSS.
The exact Pokémon that perished in the fire is never explicitly revealed, and I do feel that this is on purpose, because it adds to the mystery.
Rewatching the Pokémon Generations episode: The Reawakening, however, does show that the three Pokémon were, in fact, canines, as seen around the 1:20 mark.
The silhouettes still don't look like Eevee, any of the known Eeveelutions, Poochyena, Mightyena, Growlithe, or Arcanine.
It is possible that the Pokémon in the tower were from an endangered species or that they went extinct in the 150 years before GSC. Given that it was a time of war, it's also entirely possible that this species was driven into extinction due to being used in the war or because it's natural habitats were destroyed by the constant fighting.

Either way: canine, yes. Eevee or Poochyena, no.
Click to expand...

Why don’t you compare it to other Canine Pokemon?
Like: Do they look like Houndur or Houndoom?
Or do they look like a Pokemon from another region? (If so it might have been imported to Johto.)

They definitely don't look like Houndour or Houndoom, either. I tried looking for a screenshot, but couldn't find any.
Out of all of them, the closest Pokémon they look like would probably be Mightyena, which is not native to Johto and was introduced in Gen III, which was one generation after this story.
You could, theoretically, say that they were "unnamed" because, much like Ho-oh's appearance in the first episode of the anime, they hadn't "officially" been created yet, but they continue to insist that the Pokémon that perished were unnamed, and that is part of the point.

There could still've been Mightyenas in Johto. Hoenn is near Sevii which is near Kanto which is near Johto, and in HGSS you can find Poochyenas through the postgame Swarms.

And the Origins thing does'nt count. That could've just been Eusine's idea of what they looked like before. They might've not have been canine before, but a completely different appearance.

Or they could've been a different species each. A Rattata, a Gastly, and a Zigzagoon\Meditite\Spinda\Chatot.

Also, I'm assuming that they will cap it as 10 generations and 999 Pokémon.

KaylaBaraonda said:
And the Origins thing does'nt count. That could've just been Eusine's idea of what they looked like before. They might've not have been canine before, but a completely different appearance.
Click to expand...

It isn't explicitly said to be a flashback or a daydream. It could very well be what's in Eusine's mind, or it could have been what actually happened. Given the level of detailing, including specific dialogue by some of the people, I would posit that it is supposed to represent what actually occurred.
In any case, it is the only accounting of the event that has been shown, to date. Regardless of how accurate you deem it to be, it is telling that Nintendo/Game Freak chose to depict the three mysterious Pokémon as canines for this representation.
Theoretically, yes, of course they could have been Pokémon like Koffing, Rattata, or any other species of Pokémon. Especially in light of the Generations episode, I just don't find that very likely.
Again, in my opinion, the point of this incident isn't knowing who the mysterious Pokémon were, in fact, not knowing only contributes to the mystique of the situation. If we were meant to know, then we would be told: "three Wobbuffet died in the fire," but we were not. They're called unnamed. Even in the most recently released Pokémon material.

Is propably a Pokémon they're planning to release in the last generation, then.

You just need to give them a bio like "Once upon a time, <Pokéname> resided in the Brass Tower and Route 38 of Johto. Three <Pokéname> siblings one time died in a fire, and were resurrected as the Legendary Beasts Entei, Raikou, and Suicune."

I think that, even if Pokémon were to come to an end, which I suppose everything must at some point, they're not going to go around "resolving" all of the mysteries that they've had in the franchise over the years.
We're not going to get a resolution for how that Dragonite in The Mystery at the Lighthouse was so huge.
We're not going to get a resolution for the GS Ball arc.
And they're not likely to ever let us know the three specific Pokémon that were killed in the Brass Tower.
Even if the franchise is coming to a close, there will still be mysteries about the Pokémon World, especially pertaining to its Legendary and Mythical Pokémon. That's part of the point, and that's part of the fun.
It would be boring if we couldn't have debates like this one because everything was resolved. 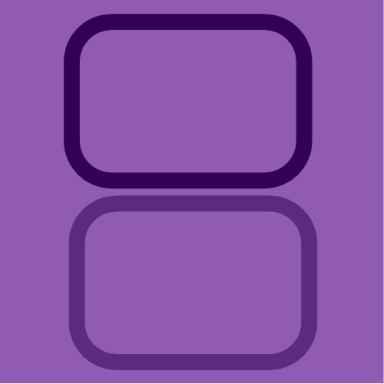 I once saw a video about The Reawakening, and the person says that the beasts were originally just "ordinary dogs", and that there was a theory in there about the origins of Pokémon. To fanfiction!

And the GS Ball was suppose to contain Celebi, was'nt it?

Maybe real world animals always existed in the Pokémon world, and Pokémon themselves don't share a common ancestor with animals and have different biology despite looking alike. Animals evolved naturally, and Pokémon were created magically. Meaning that the beasts are animals that became Pokémon.
Last edited by a moderator: Jun 3, 2017 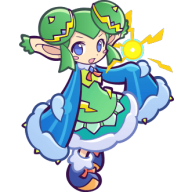 The legend specifically calls them three pokemon, which then were ressurected as the three beasts, (also specifically each to a different aspect of the incident)
So they are three pokemon of the same unknown species.

Of all known, Eevee is the most likely. The pokemon were notable enough for it to be a thing that they lived in the tower and all that (as opposed to three rattata or whatever), and how Eeveelutions are featured in the dance hall.

I believe these three pokémon were important to Ecruteak before the tower went down. They weren't simply wild pokemon in the tower, people loved them and they were well known. After all, it was were one of the two big legendaries roosted. For this, I believe they aren't any pokémon you could casually encounter in the wild at all.
Maybe they belonged to the sages of the tower. Again, I believe that the Eevee are in the dance hall should have have some significance, they may not even necessarialy be native to Johto. (Since ancient Johto had contact with many other regions, they could easily be gifts from somewhere else.)

Either way, I'm more inclined to believe they weren't pokémon commonly found at all, due to how they're specifically talked about in legends and being in such a notable location.

Of course, I guess they don't have to be Eevee, they could be another unknown pokémon from an unknown culture, which would still make them notable (and more so, being rarer). However, to me for them to have died in the tower they shouldn't have been too powerful either.

But either an unknown pokémon like that or Eevee seem more believable to me than any other known pokémon.

Anybody who can see something like Raikou as a dog has a much better imagination than I do.

That's what I like about the three beasts. They're four-legged and furry, but their species is undetermined and has people guessing.

Maybe there were already Raikous, Enteis, and Suicunes that were born as such, since some dex entries says that Entei comes from vulcanos, Raikous from thunder, and Suicune from north wind. BUT the plot-important Raikou, Entei, and Suicune, were originally Eevees that were bred and raised by the monks.

Cragma is still a better name.

Destroyer of all Pathogens

I always thought of Entei, Raikou, and Suicune to be extinct species of Pokemon, much like Mew, and one of each species just so happened to be killed during a fire. The game never stated that they changed into completely new Pokemon once they were revived. However this event did take place several hundred years before the main timeline, so I doubt three species could go extinct within that time. It was never stated that the three Pokemon were of the same species, but if they were i would probably think it would be a native species such as Stantlers or Growlithe. Also if the Pokemon did become separate species once they revived, I don't think their previous forms would matter too much, it could have been a Caterpie for all we know.

I think most Eevee in Johto were bred as "special Pokémon". Since the only places where they really seem to naturally occur are Kalos and Alola. The monks' Eevees would have to be specially bred for them since they're not found in Johto and I don't think they would travel to faraway places to catch a wild Eevee. 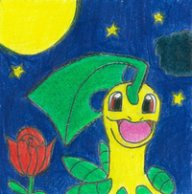 I think the Legendary Dogs were already the species they are. However, if not, I think the theory that they used to be a Flareon, Jolteon and Vaporeon makes the most sense:

- In Crystal, the three sages you have to battle before catching Suicune have the Eeveelutions, as well as a Noctowl.