What Pokemon could stand up to Mewtwo? 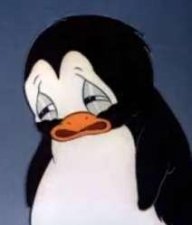 besides Genesect - and even barely

how are they Mewtwo Rip-offs?

just because thery are powerful they become Mewtwo ripoffs now?

Mewtwo was the first "Uber" with amazing stats.

Therefore, Chimchar is a ripoff of Bulbasaur, seeing as they wre both owned by Ash, and are starters. Huh.

I would like to see Mewtwo vs. Jirachi - Jirachi is cute enough to get away with hax stuff.
O

Who? said:
Pretty much.

Mewtwo was the first "Uber" with amazing stats.
Click to expand...

what the hell
I

You know, I would say dark pokemon to cancel the psychic powers, but then I get to wondering ... how does an immunity to a direct psychic attack stop Mewtwo from lifting a building up with his mind and slamming it down on top of you? Squish. Next.

Mew was able to hold its own, but considering the anime argued they were equal, though one was willing to go places with his powers the other wasn't, I don't really see Mew doing what needed to be done. At least not that Mew.

I would imagine the Legendary Pokemon that could literally destroy the world (instead of make a single hurricane like Mewtwo or make some weird weather like the Birds) would be the best bet. Mewtwo may be tough, but let's see what happens when the entire world is flooded, dried out, or exploded into different dimensions.
M

acrues, dialga, palkia, deoxys, darkrai,genesect (probably really can't tell this yet but i think he could), mew, and probably some others though it gets rather iffy after that. i think the ones i listed could absolutely with out a doubt do it with genesect being the only exception. eh heck i don't see why lugia and ho-ho couldn't beat him either.
S

mewtwo could beat any pokemon in the anime
O

not sure about that... 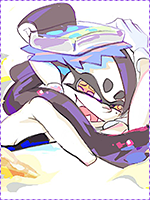 Serperior said:
not sure about that...

This, heck I think Pikachu could beat Mewtwo especially if the writers gave the mouse like incredible plot power. Anyway... Dialga,Palkia,Giratina,Regigigas, Zekrom/Reshiram pretty much anyone of those big legengaries would be more than capable of putting up a fight.
O

nawl! but Mewtwo is the original! it haz to b moar powerful!!1!

GeneSect is a more obvious choice against Mewtwo.
P

Remember the days when the debate was who was the strongest Pokemon of all Mew or Mewtwo?

Now you got legendaries that are like skyscrappers to compete with. Ok, remember that even though Psychic attacks have no effect on Dark types, Mewtwo can still learn Focus Blast and Aura Sphere. It can also learn moves that can work against almost an type of oppoent.

So, the only Pokemon that I KNOW is a match is Mew. Mewtwo has been out and about since Johto days so I'm sure its gotten a lot stronger since the Mewtwo Returns film. I try to keep that in mind when it comes to this Pokemon of legend.

Genesect's type changes could be a problem unless Mewtwo has the right counter moves. 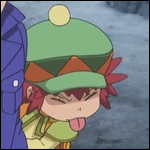 Personally, I think the Unown have the best chances of standing up against ANY other Pokémon, anime-wise.

...Well, there'd have to be a few thousand of the Unown, but still. 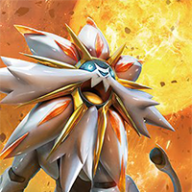 And besides, some of this guys should have a bone to pick with Mewtwo for barging into their turf. Creating storms? Altering space and time? Oh yeah, I see Dialga, Palkia and Kyogre as first in line. :3
O

I bet ANY legend could stand up to him by now...

What about another Mewtwo? Or Mewthree.

That Magikarp from the B Button Club thing xP

I think that pretty much any legendary could beat Mewtwo now.