Speculation What things can Game Freak do now under their new policy?

Before we begin, I would like to say this: I wasn't sure whether to put this thread in the "Current Events: Pokémon Sword & Pokémon Shield" section or the "Pokémon Video Games" section, but I put it in the latter because this topic is something that deals more with the franchise as a whole rather than the upcoming games. If the mods feel differently, then you are free to move this thread to the appropriate section. Now that we've got that out of the way, let's get the the topic at hand.

As most of you are aware, Game Freak has been adamant about the fact that they've removed the National Pokédex from Sword and Shield. That is: the only Pokémon available and programmed into the games are the ones in the Galar Pokédex. This decision has been divisive among Pokémon's fanbase due to existence of Pokémon Bank and now Pokémon Home. One side gives Game Freak the benefit of a doubt, while the other side finds Game Freak's excuse to be a lackluster PR response that so far has little proof.

However, we aren't here to talk about whether or not Game Freak's decision was justified in their decision: there's already threads for that in the SwSh section of the forums. Instead, I'd like to discuss what Game Freak can now do without the restrictions of the National Pokédex holding them back, as I do think that it's removal can pave the way for certain scenarios that would have resulted in conflicting lore.

At this point, you're probably asking yourselves: "Kallyle, what are you even talking about? How can this benefit the franchise?"

Well, there are actually a few things that Game Freak can do in regards to the lack of a National Dex:
There's definitely more I can say about this, but I feel this post is long enough. Also, I'm not saying that Game Freak will do these things, just that they could.

Anyways, I want to know your thoughts on this. What do you think Game Freak could do with the franchise that takes advantage of removing the National Pokédex, if anything? Would you be okay with any of the scenarios I've present, or would you do something different? Let's discuss! 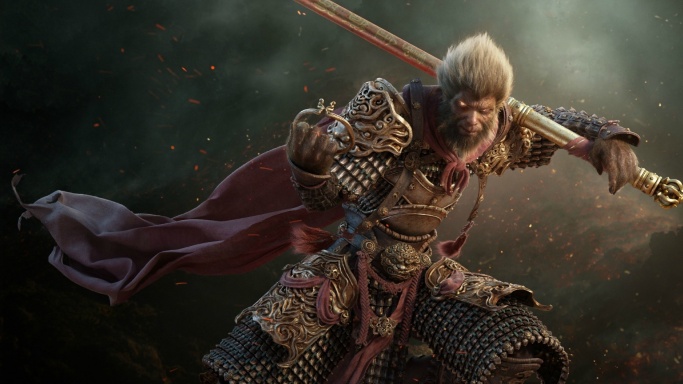 I will admit, I am part of the camp that is upset about not being able to transfer Pokemon forward since I feel like every Pokemon is someone's favorite and it isn't fair that a Pokemon that has been by your side for the last 20 years will have to sit out visiting Galar just because they aren't programed into the game. That said, I really like the possibilities you've presented here.

I love Gen V and Unova lore so ever since ORAS retconned the Red and Blue Orbs to giving Groudon and Kyogre access to Primal Reversion, I wanted Game Freak to do something similar to let us use the Original Dragon. My thought had been giving White Kyurem the Dark Stone or Black Kyurem the Light Stone to transform it back into the Original Dragon for the duration of the battle. However your idea about a game set in an Ancient Unova, an ununified region, where the Dragon still existed sounds really fun. I'm sure we'd be missing Pokemon such as Trubbish, Klink, Elgyem, and especially Genesect because Plasma wouldn't have created it, but we could still get new Pokemon to replace them that couldn't be obtained in those games. Heck, we might even get to see what Genesect's original fossil looked like providing it wasn't just a modified Kabutops as some theories suggest.

The alternate Kalos also sounds intriguing since we already know the firing of the ultimate weapon was a catastrophic event that killed thousands. I wouldn't be surprised if it didn't cause mass extinctions. Plus, it would be nice having a Kalos set in the Non-Mega timeline with the first five generations and every generation going forward since they did away with that mechanic (another thing I'm salty about but for entirely different reasons).

Building on your scenario in a post RR Archie/Maxie world, what about a post Lysandre world where most of the Pokemon familiar to us are long extinct however a few survived and have since biologically evolved to fill the niches left behind? A few of the current Pokemon could even be revived from their own fossils. Just imagine the only way to obtain Pikachu or Togepi being to find a Pika Fossil or an Egg Fossil and bring one back to life.

@Psycho Monkey Technically, the Unova things was listed as a separate thing from my Unova idea. It was more along the lines of "What if the Original Dragon was still whole in the present day?" and how that would affect unova's development in such a way that there would be different species from what we would normally have. However, you Ancient Unova idea is a bit more interesting as we'd get see what exactly caused the split (we know why it got split up, but not how it did so).

As for a post-Lysandre world, didn't he state that his actions would cause all Pokémon to go extinct during XY? Or is your scenario under the assumption that he was partially wrong about there being no Pokémon left? It's very interesting idea for sure!

@Kallyle Ok, I see what you mean now. They could be paired versions in the sense that Black/B2 was more technologically advanced and White/W2 more traditional. These games could be set in a past and future where the dragon never split.

Lysadndre did say his actions would cause Pokemon to go extinct, however, when you fight the version of him that won in RR, he still has his entire team plus Xerneas/Yveltal. At the very least, his Pokemon survived if not possibly all of Team Flare's Pokemon. Building on that, I would imagine that while most Pokemon in Kalos would be wiped out, the further from the weapon's epicenter the more likely it is for some Pokemon to survive, especially those that can burrow deep underground or dive to the depths of the ocean. After all, in our world there have been five mass extinctions with the worst one wiping out an estimated 96% of all lifeforms. If we compare Lysandre's use of the Ultimate Weapon to be of a comparable magnitude then yeah, I think a few Pokemon will be able to survive the event.

I picked Other, the scenario in which I'm interested in would be a Pokemon game focusing on Colress's project of making Pokemon reach their fullest potential. We really never saw a closure to his goal, perhaps they can use that conclusion as a way to restore the Original Dragon. Finding a way to restore the Original Dragon would be of his interest and I don't see the Dark and Light Stones being the way to do it in similarity to the Primals, it would contradict the lore of those stones actually being dormant forms of Reshiram and Zekrom. The way I see it, he would either invent a machine that would give Black Kyurem/White Kyurem the power of absorption just like the DNA Splicers does for empty Kyurem (I refuse to call it normal Kyurem) or find a missing artifact that does the same thing.
Last edited: Jun 30, 2019

I don't see any real connection between this wishlist and their policy. In-universe, Dexit just means no transfers in between regions.

Game Freak prefer conservative remakes because they're easier to develop and more nostalgic. The National Pokedex has little to do with it.

I would love love love to see RR Maxie and Archie's worlds. They would be so different to the point of being two different regions, so instead of splitting the two universes between two versions, I'd introduce a universe-hopping mechanic (Hoopa portals are already a Hoenn thing, after all), much like the Dark/Light and Past/Future worlds in Zelda games.

To be clear, I don't think we're ever getting nonpaired games ever again, so I do think there'd be two versions. But both universes would exist in each game, just with different Pokemon distributions and such. Maybe each version has you start in a different universe.

If you were to split the universes among versions, it'd be the one time you have to buy both, as they'd really be two different games (more like Zelda Oracles than Pokemon paired versions).

Jimothy said:
I would love love love to see RR Maxie and Archie's worlds. They would be so different to the point of being two different regions
Click to expand...

Maxie's world (a world without water): "OH, NO! IT'S A TOTAL DESOLATION! IT'S A DISASTER! EVERYTHING IS SO DRY! THE WHOLE OCEAN HAS EVAPORATED!"

For me, the only way the new policy could work that would not turn even more people against Game Freak would be to either get rid of the policy all together and allow all of the Pokémon into the game, either Sword and Shield or the next series of games; or to have either Sw/Sh or the next series of games be a prequel of some sort since that could explain why Mega Evolution and Z-Moves aren't seen yet. It could also explain the absence of some Pokémon, particularly some Legendary Pokémon. The only issue would be that, storyline-wise, it would exclude some pretty popular Legendary Pokémon, such as Mewtwo and Rayquaza.

Mew2 said:
The only issue would be that, storyline-wise, it would exclude some pretty popular Legendary Pokémon, such as Mewtwo and Rayquaza.
Click to expand...

Mewtwo won't be excluded. He appeared in Pokémon Conquest after all, the most unfitting game for him.

It's a nice thought, but we've already had stories that should be impossible with transferring. Take Black 2, for example-if N is the owner of Zekrom, shouldn't it be impossible for the player to transfer another Zekrom in? And yet, it's entirely possible to do so. Or in Omega Ruby-if Groudon is still underwater, why can the player transfer one from Ruby or Soul Silver?
You must log in or register to reply here.
Share:
Facebook Twitter Reddit Pinterest Tumblr WhatsApp Email Link
Top