Terraria: I kinda accidentally started hardmode. I wasn't really trying to start it, I was actually trying to see if I could get a hellbat to drop a magma stone beforehand. I mean, I tried to grab the doll before it fell into the lava but, eh. Guess it was just lucky I was ready for it to start. Naturlly things began with the traditional frantic scramble for the location of the Hallow to get the pixie dust I needed for holy water as a failsafe for unfavourable corruption spawns, but things were actually pretty good. I smashed a few Corruption Altars, seems this world will give me palladium, mythril, and adamantite. I've gotten a full set of palladium armour, and got a mythril drill going, so I can start mining adamantite. I also managed to get all the Souls of Light I'd need for items I'm interested in getting. Fought pirates 3 fucking times too. I didn't even beat them well. Each invasion killed me like, three times or more, and utterly slaughtered the villagers. As an extra note, the leaf wings are waaaaaaay to easy to get. I had tier 5 wings 5 minutes into hardmode. I should not be able to get tier 5 wings 5 minutes into hardmode. I should not be able to get wings before a mechanical boss period without fighting at least one wyvern.

I'm still playing Secret of Mana. In the Gold Palace right now. I just set up my PS4 last night so I was dabbling with some of the PS4 games I've picked up, mainly FFX/X-2 HD, Shenmue HD, and Undertale

Beat RDR2 though I'll do more of the epilogue a bit later. Also playing more My Hero One's Justice online battles, went back to using Shoto and Denki again, I like using Inasa but I don't think he'd be able to replace my mains; also been using the monotone school uniform + Shiketsu high hat + black glasses for Denki as it looks fresh on him.
K

Animal Crossing: New Leaf. I'm filling my house with nothing BUT items that are either A: unable to be reordered from the catalog such as Fishing Tourney trophies, or B: refurbished. This way, if anyone ever tags me on StreetPass, they can't order any of the items in my fully-paid-off house.

Breath of the Wild: I finally got those Hinox Guts I was after. Now the only things I really need to upgrade my clothing is star fragments and a few dozen luminous stones to trade for enough diamonds to upgrade my circlet and I can keep exploring Hyrule.

Freedom Planet: Played a little more of Carol's storyline, I'm up to thermal Base now. Gotta admit, I was kiiiiinda hoping Carol wouldn't have to put up with this place, but I suppose Lilac's custcenes should've tipped me off. The boss battle with Serpentine tells me that those robot soldiers with eyes in tanks are gonna be even worse to kill as Carol, and they were total asshats to kill as Lilac. This bodes ill.
S

Well, after a few hecks of a hunt against a Gravios and Glavenus tag-team, followed by a Duramboros+Agnaktor arena battle, I've finally unlocked the final boss of MHGU. Named Ahtal-Ka, with a big "?" as its monster icon. I already have some idea what it looks like, and what it fights like, and that a team of four (even cats) can take it down in record time. Otherwise, I don't really know what to expect. 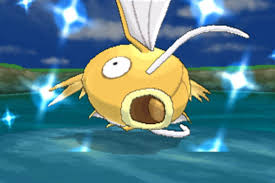 Freedom Planet: Finished Carol's game, didn't game over once. She is actually a surprisingly capable demon to beat those last few bosses with. Started on Milla's game, and she... Boy howdy she's gonna be a trip, and I get the feeling I'm not gonna enjoy using her.

Terraria: Just generally workin' on gettin' them hardmode ores. Got Mythril armour goin' and got one piece of Adamantite headwear.

More My Hero One's Justice online battles and doing training mode on the side, mainly for characters I don't use too often. Been training with Fumikage Tokoyami, Tsuyu Asui, and Momo Yaoyorozu mostly since I'm thinking of using them in an online match sometime once I get better used to them (outside of the occasional CPU battles); will also do the same for other characters (that aren't Shoto, Denki, and Inasa). Also please add in someone from Class 1-B as DLC like Neito Monoma, Itsuka Kendo, Ibara Shiozaki, Pony Tsunotori, or Shihai Kuroiro since they're my favs from that bunch

Okay, it took three tries, but we beat Ahtal-Ka in Generations Ultimate. Wow, that was crazy. Also, I apparently shouldn't have brought a Fire weapon (next time I'm using Thunder for sure, and maybe we can beat it <30min instead of <40.)

Space Empires V: Goldrush has officially begun with Battlefleet Blue (Siege) moving into Castor. The first target will be Castor III, which ought to be a relatively simple assault, during which time I can build more drones in Hesperos. Spica IVA is now under my control - it seems the Cue Cappa fleet are bound for their wars with the Drushocka, because they've moved into neighbouring Quilktrin. I wonder whether a quick planetstrike on an opportune target might give me the foothold I'm after.

Siege operations in Quikil will recommence soon, with HMS Condor en-route. Once it arrives at Incunanbla I'll unleash all the siege drones, including an experimental AUTO-Siege type 4 - in theory disposable drones meant to do nothing more than burn through planetary shields

Just finished Mega Man X6, Nightmare Mother is just the worst when you're trying to survive and the road to that boss is only possible with X using the Shadow Armor or with Zero. Not only that, but that boss is just so random when it comes to the placement, in fact, I had an easier time against Sigma, and that's saying a lot. If you're playing as Zero, make sure to have Shock Buffer equipped along with having both Sub Tanks with you.
K

I gave "Paladins" (Switch) a try, seems okay. Maybe if I play a little more, I'll get better at it.

I enlisted my Primarina, Xurkitree, Yveltal, Lunala, Dhelmise, and Golisopod in the 2018 competition and battled for a good while. Yveltal and Dhelmise make a good starting pair; Yveltal can set up Tailwind while Dhelmise attacks the opposition with Earthquake. I also evolved a Tyrogue I hatched into a Hitmonlee! He is Adamant in nature, but I had to use the Power Bracer to give his Attack stat a bigger boost because he apparently has better Defense IVs than Attack IVs.

Space Empires V: I think it's time to completely revise my approach to conducting sieges. It's clear that I need to treat the siege fleets like main battlegroups, not auxiliaries. To that end I'm going to expand the core of all the fleets to twelve cruisers - six Vulture-class Type 1s, six Type 2s. The Type 2 will be armed with smart bombs to target weapon platforms specifically. The AUTO-Siege drones aren't working either, so I'll start building AUTO-Patrol drones to fill the same role instead.

So either way the shipyards will be constantly busy. The aim is to keep a constant stream of ships and drones coming, especially to support Operation Goldrush, to minimise the amount of time spent between sieges. I hope the second planetstrike on Cribit I goes well, to keep the momentum going even when construction demands are slowing operations down

Digimon Card battle that was released for the PS1

Space Empires V: Quikil is finally mine! The initial assault proved that the AUTO-Siege Type 1s are unfit for purpose, but it did clear the way enough for Battlefleet Green (Siege) to flatten the planet. HMS Condor seems to have been a key factor in the victory. Once repairs are complete - next turn, most likely - I'll start probing the defences of Decatur. More drones will be arriving soon, so hopefully a full siege can continue soon.

Operation Goldrush has withdrawn slightly to do a swift refit. Yameena and Yasmin are both on hand along with half of Battlefleet Blue's E- and O-Series ships, so that ought to be done by next turn. More drones, and more ships, on the way as well, so I shall likely select Castor VIII as the next target. The plan is still to keep looking for targets of opportunity. To that end I've ordered Sophia to pick up colonists from Nova Terra before heading out to Spica, in order to free up the army occupying the planet.

So all in all, the campaigns aren't going as quickly as I'd hope. But on the other hand, new technology has allowed me to do a mass upgrade of weapon platforms. Better point-defence blasters means I now have significant spare space on my cruiser designs (I'm tempted to simply add a third shield generator and strengthen the armour).
You must log in or register to reply here.
Share:
Facebook Twitter Reddit Pinterest Tumblr WhatsApp Email Link
Top