FF10. Haven't played this in a couple years and I'm only just at the intro part lol.
K

I'm currently doing a little fun project on the side involving amiibo. This is kinda long to explain as a post, so I'll spoil it.


Basically, it's like the Spirits, where they use a palette based on the character's looks, plus abilities relating to that character (such as a purple Incineroar using the spirit of Big the Cat, forgot what ability he had).

My first one is my Mario (Smash) amiibo, I've nicknamed him after Sheva Alomar (SHEVA) from Resident Evil 5. Also, FYI, I've nicknamed all of my amiibo, including the ones that DON'T have fighter compatibility with Ultimate or Smash 4, after a list of fictional female characters

For the palette, I chose Mario's green/brown palette due to her green pants. I'm about to make her inherit the spirit that let her use a Ray Gun at the beginning of each match, since she uses firearms in the game.

I might give more info on the rest of the amiibo I own in future posts, which currently including the Mario example I have 82 amiibo that are used as fighters for Ultimate.

Now that I have a new controller, I can say I'm starting to really enjoy Indie Pogo. I have unlocked all characters and (almost) all stages and now I'm in the process of unlocking all skins. I'm even considering buying the DLC skins to support the developers for all their hard work. I hope they finish Bullet Kin soon.

Rotating between Labyrinth of Refrain: Coven of Darkness, Smash Bros. Ultimate, and Disgaea 5 Complete on the Switch. Really liking LoR: CoD so far though, completed the first dungeon and will do some more stuff a bit later.

I evolved my brother’s Cosmoem into Solgaleo in Pokémon Ultra Sun and traded it back to him. I also got a large chunk of the Mystery Gift Pokémon available in Pokémon White through the recently discovered exploit, including Genesect, Victini, and Meloetta. I taught Meloetta Relic Song and even tested her out against a few wild Pokémon!

MegaPod said:
I evolved my brother’s Cosmoem into Solgaleo in Pokémon Ultra Sun and traded it back to him. I also got a large chunk of the Mystery Gift Pokémon available in Pokémon White through the recently discovered exploit, including Genesect, Victini, and Meloetta. I taught Meloetta Relic Song and even tested her out against a few wild Pokémon!
Click to expand...

Now if only it worked for Memory Link it would be perfect. I wonder if that also works for the DQIX events. 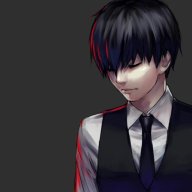 I'm a big fan of Minecraft

Right now I'm finishing "Castlevania: Portrait of Ruin". Could've finished it week ago, but I just had to finish all sidequests. I still have two left.

Space Empires V: Goldrush is going reasonably well. Annoyingly Castor IV was just far enough away to delay the attack anther turn. However, I've also noticed just how underdefended everything in Iridia seems to be - HMS Thorias landed troops on Iridia III because it was essentially undefended. For some reason it seems the Drushocka favour seekers rather than direct fire weapons for weapon platforms, which means HMS Arachneon ought to have little trouble in landing troops on Iridia II as well.

The attack on Cribit II went as well as could be hoped. Without repulsor beams to bulldoze the orbital defences out of the way it never would have succeeded. As it stands I've lost HMS Pavlova, Radiant and Rainbow - all light cruisers. Battlefleet Green (Siege) is looking a bit tatty now, so it'll have to return to Port Lindsay to refit and reinforce before making an attempt on Cribit XII. I'm glad I recommissioned the battlefleet reserve, since it meant I could destroy a lone Abiddon battleship before it could make a nuisance of itself.

There's nothing more I can do in Tarquin for the time being. An attack on the Sheward fleet is impractical, attacking a planet would be diplomatically unwise. Liam probably doesn't know - or at least only suspects - that reinforcements are building up in Regotha already, so the next move is his. Since the fighter wing can't retreat without a carrier, I've sent it round smoking out and destroying the Condottiero-class fighters I'm pretty sure he's building to deal with them.

I’ve defeated Queen Bean thus far, though the Mario Bros’ experience leaves me confused in this game. For most of the time, Mario has been a little ahead of Luigi in leveling up, and when I checked their status, Mario and Luigi seem to have accumulated the same amount of experience despite Mario needing less to get to each next level, which confused me. But the really perplexing thing is that when I last checked, after the Bros both hit level 11, Luigi was actually slightly closer than Mario to leveling up, and I don’t know why this would be. Do Mario and Luigi just level up differently in some way? Because that kinda throws off my plans to intentionally fight weak enemies with one Bro alive to balance them out.

Slowly following a guide to hit 100% in trophies on

Pokemon Ultra Sun and I'm getting back into playing Assassin's Creed Odyssey after a break.

I'm alternating between Pokémon Y and Final Fantasy Explorers. I will come back to Indie Pogo once I regain the will to grind for the costumes.


I got the ultimate weapons upgraded for Tidus, Auron and Kimahri. I'm working on getting Wakka's right now but plafter playing 30 games of blitzball it's already starting to get a little stale. I also got really lucky and got Wakka's triple AP weapon from One Eye so I made a AP farming weapon and have been using the Don Tonberry trick to max out his sphere grid. Once I get World Championship I'll start getting the other triple AP weapons. I've also been working on monster capturing and exploring Sin and the Omega Ruins. At some point I actually need to challenge Yu Yevon...

Been playing a lot of Morrowind lately. Got a lot of stuff done. I'm hoping I can actually finish the game this time. I got pretty close last time but then uni got in the way and I forgot where I left off so I didn't finish.

I finally got a chance to start Persona 5. It's... very different from P4. I'm not sure how I feel about it yet. However, I'm not very far in yet. Ryuji just got his Persona so I'm like an hour or two into the game. Working on it~ I hate hate hate that they changed Igor's voice.

dragon_nataku said:
I finally got a chance to start Persona 5. It's... very different from P4. I'm not sure how I feel about it yet. However, I'm not very far in yet. Ryuji just got his Persona so I'm like an hour or two into the game. Working on it~ I hate hate hate that they changed Igor's voice.
Click to expand...

If I recall correctly, that's because Igor's VA died.