I beat Shenmue II! Now time for the looooong wait to Shenmue III (don’t tell anyone I haven’t been waiting 18 years like some people...). I can’t genuinely tell you Shenmue is a good game, per se, but I enjoy playing it because it’s so far up its own ass and does the opposite of what every other game would do at every turn.

Now that my top-priority game is beaten, I’m moving on to Outcast, an old PC hidden gem from 1999, and some time soon I’m gonna start Alpha Protocol, cuz that’s my mood.

Right now I am playing a Terraria clone titled "Starbound". After playing around with vanilla game and completing the main quest I decided to start anew with mods and ended up installing a MASSIVE overhaul mod named "Frackin' Universe"... on my extremely potatoish laptop. The game slows down often and ocassionaly crashes, but overall it's playable. And the mod is greaat fun... though the huge usage of tungsten for upgrading most crafting stations worries me. While at this point in vanilla I'd already have almost all of them upgraded to second tier, here I am still struggling to get enough tungsten even for some upgrades that I'd normally consider most important, like Engineer's Table (on which most other first and second tier crafting stations are made).
Also, for a mod that tries to make Starbound realistic and scientific, it's at times just ridiculous. Like, you put some water into a hand powered wooden centrifuge, spin it for a few seconds, and you get several canisters of pressurised oxygen and hydrogen, perfectly separated from each other and 100% purified... "unscientific" doesn't even begin to describe it.

Getting on Wii Fit U right after typing this! Gotta do my usual ~1 hour of stuff on there, or I just don't feel right. I really wish they'd make a new Fit game for the Switch (Switch Fit I guess is the obvious name they could do) so I don't have to haul out the Wii U Gamepad and keep the Wii U plugged in all the time mainly for this one game.

...I decided to stop getting the Gold Skulltulas and concentrate on the Adventure Maps. I finally unlocked Agitha and Ruto, but on the map I have to unlock Twili Midna I'm having problems. I can pass the level easily, but I can't do it with an A-Rank since enemies are strong and enemies are too far apart, making it hard to get the 1200 kills that I need for that rank. I'll try using Link in that level since he's the "easy mode" of the game. 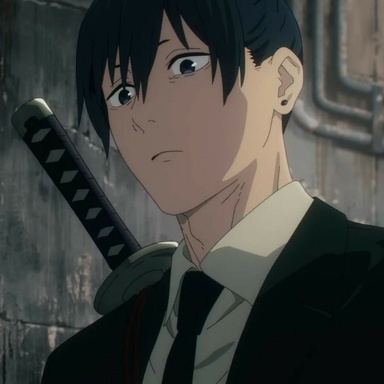 Super Smash Bros. Ultimate and My Hero One's Justice (Switch), more online and CPU battles as usual. Got stomped by someone using Inasa last night against my Momo, though I was able to beat someone using Kyoka so I guess it worked out lol. For Ultimate I kept coming across a lot of people using Young Link and Roy so I had to leave online afterwards, got too boring/predictable. Thinking of taking a mini break from these two games though, especially Smash until Joker releases.

BlazBlue Cross Tag Battle (Switch), still playing some more after not playing for a while. Still using Jin and Yu obviously, might use Ruby sometime tonight though.

Started another replay of SMT III: Nocturne Maniax yesterday also, met Pixie and fought the three Preta for the Annex Gate Pass. Did some more demon battles and leveled up Naoki (yes this time I used his name from the drama CD) and Pixie, also recruited a Kodama and Hua Po. Gonna play some more sometime tomorrow afternoon.
S

Was playing MH4U earlier tonight. We finally beat the final boss Gogmazios! Soloing him took all of 48m30s but WE DID IT.

Then the game erased my save file.

But, oddly, I'm not upset over the loss at all. Too hyped over the victory to care, I guess.
Afterwards, I popped MH Generations back into the 3DS (haven't played it in some time, in favor of MHGU on the Switch) and joined a few random hunts.

Slowly clearing quests and advancing the story a little

Thanks to the help of a friend I have on the forums, I finally found a replacement for the Sport Ball Scyther I once Wonder Traded away by mistake. Took some roundabout breeding involving another Scyther I had sitting in the PC to get a preferable nature, but totally worth it. I now have my future Scizor picked out!

My brother helped me evolve the Sport Ball Scyther and Beast Ball Feebas I bred, and I caught and evolved a Cottonee I named Gingerbread, so there’s three more Dex entries done! Now, the game’s giving me hell as I try to synchronize a wild male Frillish using the Modest Ralts (who is by now a Gardevoir) I bred for this purpose. So far I caught two of these Frillish with completely neutral natures, and the fact that the rate of encountering male Frillish surfing on Route 14 is 10% doesn’t help speed things along. But once I catch one I like, all I have to do is evolve it + the Lileep I’ve been training for my last two entries in the Alola Dex!

I've been waiting 8 and a half long years for Dragon Ball Heroes to make its way over here to the US. Almost feels surreal that its been such a popular arcade game for so long. Its definitely been a good deal of fun to play so far, and it's great to finally understand what the cards/abilities do.

I swear this game has it in for me. Dozens of encounters later I’ve only found one more male Frillish—once again, Gardevoir’s Synch failed and it has another neutral nature. Like wtf is this luck even? 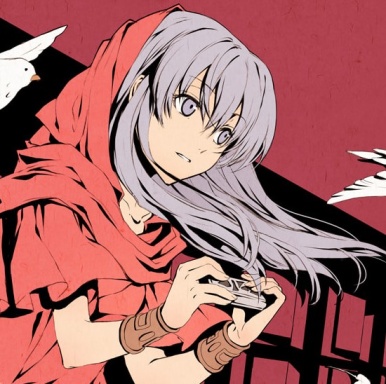 Paying the eshop a visit for FF7 in a bit

I finally caught my Modest male Frillish from an SOS battle, and evolved it into Jellicent, the last Pokémon I needed for the Alola Dex! Now I can obtain the Shiny Charm!

Early game stuff in my new save file for MH4U. Despite having starting gear, my overall experience level is DEFINITELY showing. Highlight: We killed that early Seltas in literally two minutes (which incl. 1 minute of travel to find him) with just the Jaggi S&S (listed attack power just 140, Green sharpness). Kecha Wacha and Tetsucabra are both down, now we have access to Harth's reliquary (for relics, not that relics are worthwhile, and Decoration crafting so I can keep some skills as I transition from one armor set to another). Jaggi armor actually has great skills for an early game set (speed polishing and 50% Stun resist).

I'm also refusing to sort the equip box this time, because MH4U's default sort makes it difficult to find what you want when you want it.

I got my shiny Regice!! I counted 207 resets and used up 15 Beast Balls catching it.

Space Empires V: It's finally happened. The combined Battlefleet Green (Siege) and Green (Dexter) attacked Decatur V. The battle was rather anticlimactic, for some reason. The destroyers HMS Kit Kat and Interceptor were destroyed, along with the cruiser HMS Exemplar. There's still some serious clean-up to do. About twelve satellites and a starbase still to engage that got punted aside by the Condor-class battleships.

With Decatur dealt with at last, Battlefleet Green (Siege) will immediately make sail for Cretirk. The rest of Green (Siege) is doing ok in the system, but it won't hurt to speed things along, especially since I will now have the ships to move into Quintar as well.

Other than that, this turn has been one of small assaults and tidying up. Operation Province is coming on in fits and bounds. Iridia is so near to coming under proper control. Sarah brought some new colonists in, but there's still Iridia V to deal with